Hans Christian Andersen’s Little Mermaid (1836) has served as the inspiration for numerous films. However, the philosophy of contemporary narrative for children frequently clashes with the dark, tragic essence of the tale of the relationship between the daughter of a sea king and an earthbound prince, which does not have a happy ending. In that regard, screenwriter Ota Hofman and co-writer and director Karel Kachyňa decided to respect Andersen’s version. Nevertheless, the ending of their 1976 Malá mořská víla (The Little Mermaid) is slightly different to the original (in the film the unhappy mermaid turns into sea foam after being betrayed by her beloved prince, while in the Andersen she joins her sisters of the air and retains the hope of obtaining an immortal soul). The protagonist in the picture, which co-production with the Soviet Mosfilm lent a more cosmopolitan tone, is a mermaid who with the help of a witch decides to approach her beloved prince of the Southern Kingdom and become human, albeit mute. However, the prince falls victim to random confusion and chooses instead a princess from a neighbouring kingdom, who bears a resemblance to the heroine. The Little Mermaid has to accept her fate: she can only return home as sea foam… Kachyňa’s film is exceptional for its period not only due a gloomy tone at odds with the period optimism of movies for children and young people; it also has merit as a poetic, considerately stylised film that works inventively with the visual form of the underwater kingdom. Alongside the outstanding cinematographer Jaroslav Kučera legendary costume designer Ester Krumbachová made a huge contribution to the picture’s visual art qualities. Regarding casting, Miroslava Šafránková makes an impact as the sweet but resolute mermaid. Her rival from the neighbouring kingdom, who strongly resembles the heroine, was played by the actress’s sister Libuše. Radovan Lukavský impresses as the main character’s father the sea king.

Two daughters of the Sea King are playing in the depths of the sea – the little mermaid and her elder sister. The Sea King has just sunk a ship as a birthday gift to his elder daughter. The curious little mermaid is envious of her elder sister, who is now allowed to rise to the surface and see human beings and the outside world. The little mermaid must wait another year before she is allowed to do the same. One year later, the little mermaid is preparing for her birthday, singing a tune she has heard from a sorceress. The earth prince of the Southern Kingdom hears the melancholy tune while aboard his ship, which also has been picked out for sinking to serve as a present for the Sea King's youngest daughter. But the little mermaid falls in love with the prince and rescues him. She carries his unconscious body to the shore and gives him a goodbye kiss. She is then forced to hide when an alien princess comes by who then leans over the prince just as he opens his eyes, so that the prince mistakenly believes her to be his rescuer. The little mermaid cannot forget the prince. Her father warns her, saying that the prince has thoughts only for the other princess, but the little mermaid decides to change into a human being, even at the cost of losing her voice. She also agrees to endure pain at every step she makes. The earthly prince must marry into a fortune, because his country has been suffering one catastrophe after another. One day he finds the little mermaid, now a young girl, by the ocean shore. He takes her to his castle and they spend many pleasant hours together, even though the girl is dumb. His advisors, however, implore the prince to marry and he is compelled to go off to court a princess from another kingdom. To his surprise, the prince finds that the foreign princess is the girl he believes once came to his rescue. The prince marries her and the couple are happy together. Only the little mermaid's heart is breaking. What is more, she can now only return to the bottom of the ocean as the foam of the sea. Her single hope is to kill the prince, but the mermaid cannot bring herself to do that. She kisses the prince one last time and vanishes in the water. Her song is heard in the distance. The prince's search for the mysterious singer is to no avail. The ship, which is about to collide with a rock, is suddenly enveloped in a bed of flowers that bring the boat to a standstill just before it can hit the rock. 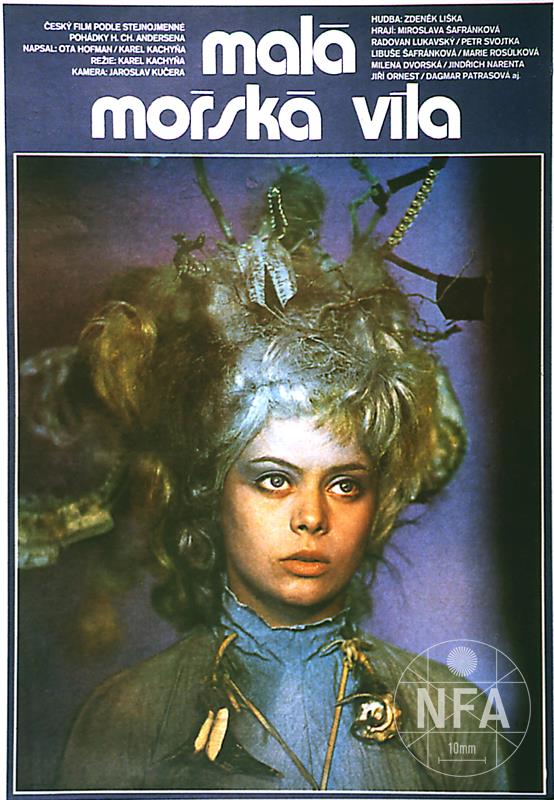 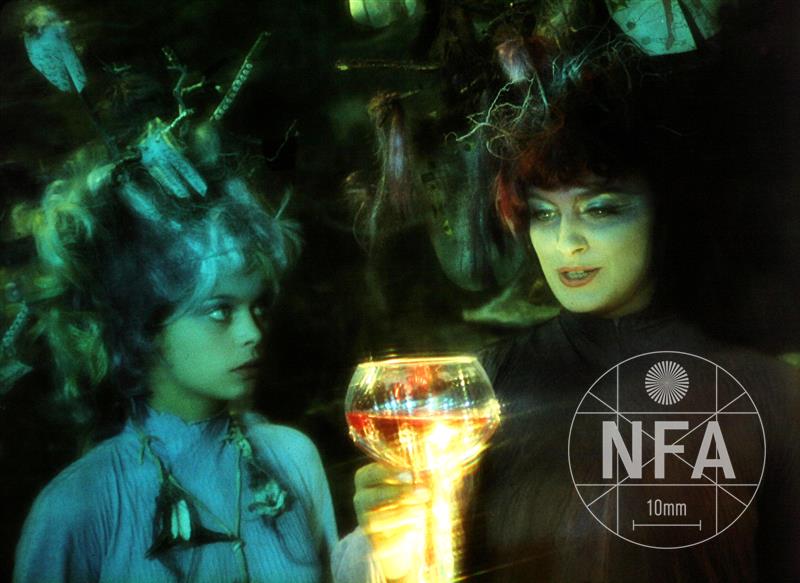 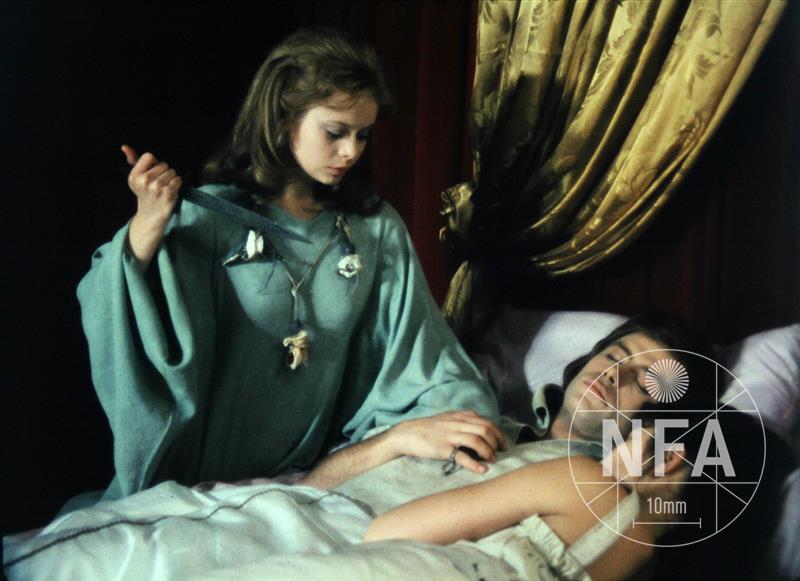