One of the highpoints of director Jiří Krejčík’s filmography was the biopic inspired by the life of the opera singer Ema Destinnová (aka Emmy Destinn, 1878–1930). In cooperation with the writer and screenwriter Zdeněk Mahler, the then 61-year-old Krejčík returned to the spotlight in 1979 after years working in television with a film that told a topical story against a historical backdrop. Božská Ema (Divine Ema) used the dramatic life of the celebrated diva to deliver a patriotic message about the need for inner freedom in a world of suspicion, betrayal, and the totalitarian application of power. The protagonist of this stylish tale is the great Czech dramatic singer Ema Destinnová, who deservedly won plaudits all over the world. Even though the First World War is raging in Europe, the singer decides to return home to Bohemia from the United States, despite warnings not to do so from those closest to her. Once she arrives, however, she is placed under constant supervision by the Austro-Hungarian police because of her sympathy for the anti-Austrian resistance. Nonetheless, the unshakeable patriot refuses under duress to serve those whom she views as the oppressors of her beloved country… This award-winning film on the life and times of Destinnová – played with feeling by the Slovak actress Božidara Turzonovová – does not restrict itself solely to the protagonist’s civic and political activities. The beautiful opera singer’s passionate romances also play an important role, particularly her relationship with the attractive forester Viktor, played by another Slovak, Juraj Kukura. The cinematographer Miroslav Ondříček helped Krejčík create a convincing vision of the world at the turn of the last century. The stubborn commitment of all those involved in making Divine Ema is borne out by the fact that the production designer Jindřich Goetz secretly borrowed some sets and props from the Antonín Dvořák biopic Koncert na konci léta (Concert at the End of Summer), which was also being shot by František Vlačil in Barrandov Studios at the same time and was set in the same historical period.

The opera lady singer Ema Destinnová is in all her splendour at the American stages. But in Europe there rages war and she decides to return home to Bohemia. As an enthusiastic patriot she takes over a small cape on the back of which is a coding chart designated for the anti-Austrian revolt. Ema crosses the border and everywhere is welcomed by enthusiastic crowds. However, it is a denunciation that results in her detaining and her property is submissioned to the examination. An imminent sentence for high treason is warded it off by the secret intervention of the German Kaiser - an admirer of her singing. The Austrian colonel, commander of the operation, sets her free. But he places her under surveillance and determines her existence to find out the addressee of the parcel. Ema's performance in the National Theatre in Prague is called off, the newspapers are not allowed to write about her. She herself is interned in her country small castle. A wood-reeve Viktor, her love, to whom she devotes her weeks of holidays in Bohemia, would need a wife for all the year and children, which is what Ema is not capable to grant him. Viktor abandons her but the colonel compels him to return and give reports on Destinnová. Ema refuses to marry her American manager which would help her to leave the country. She sings in Bohemia at the charitable concerts. Viktor is arrested but he runs away and in secret meets Ema and told her all. The colonel gets hounds on him. Desperate Ema intercedes for Viktor but she refuses to pay back by serving for espionage. She visits the National Theatre in Prague and sings from the auditorium the song of prophecy of Libuše. Impoverished and lonely she lives to see the rise of independent Czechoslovakia. But her homeland does not seem to be too grateful to her. Part of her property is put up for auction to pay for tax debts that were invented against her by imperial and royal authorities.

The cameraman Jiří Šámal started shooting the film (summer scenes and the National Theatre) but the illness did not allow him to go on. The cameraman Miroslav Ondříček who took over the shooting wished that only his name were given in the titles. In the course of shooting there was also exchanged the producer Jaroslav Solnička for Jan Syrový. At the same time, in Hostivař studio, there was shooted a film Concert at the End of Summer. While the same historic period was concerned – the architect Jindřich Goetz was at times secretly borrowing equipment from one film to the other. 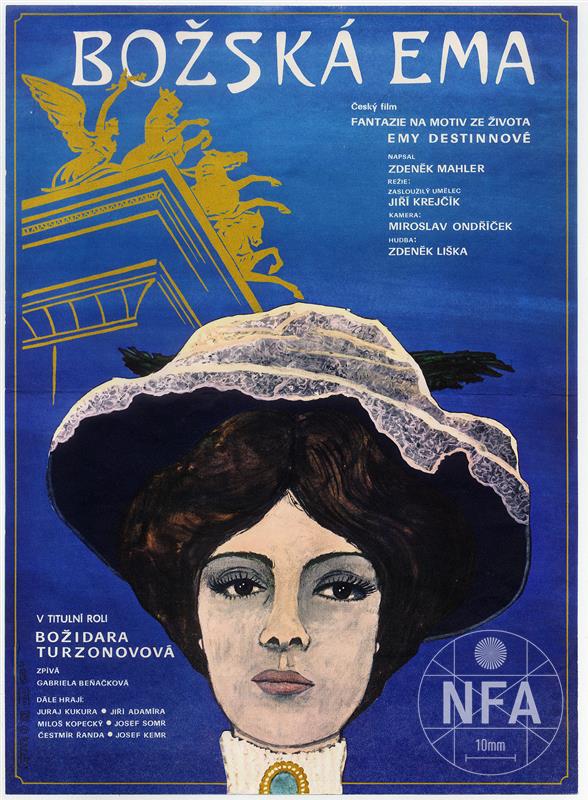 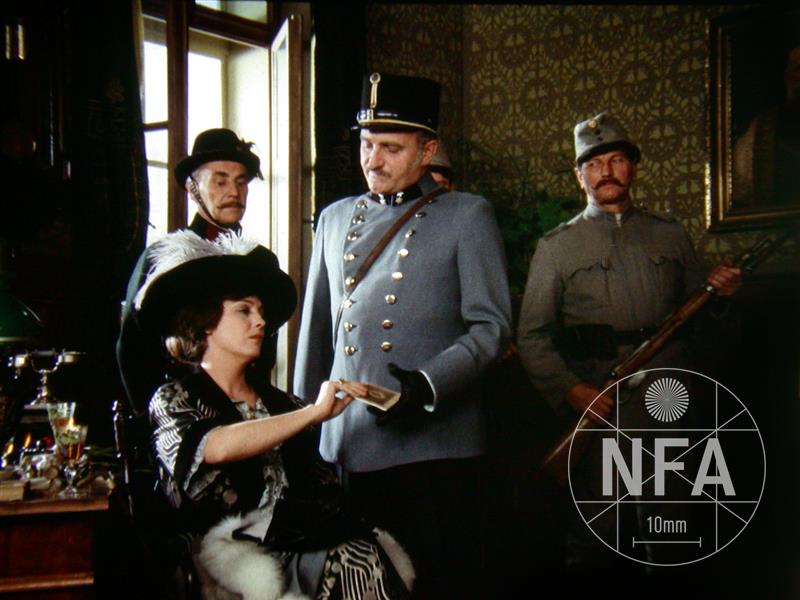 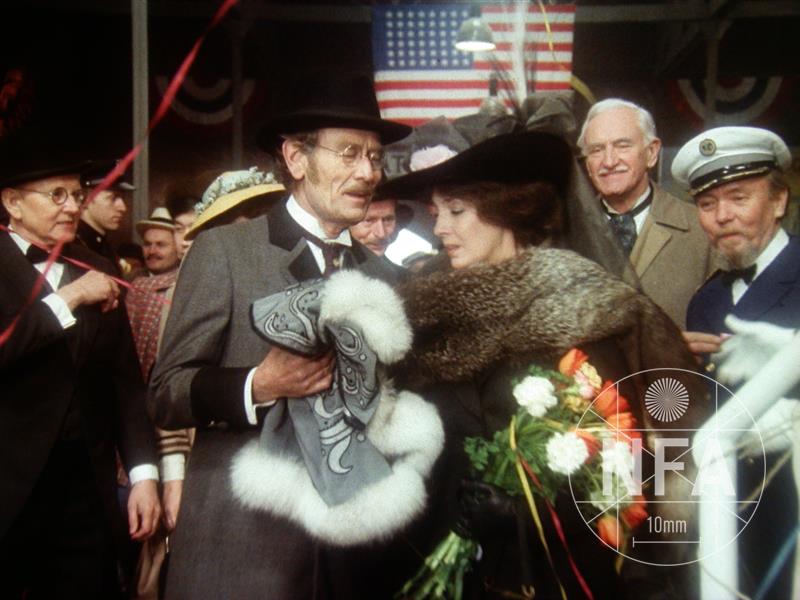 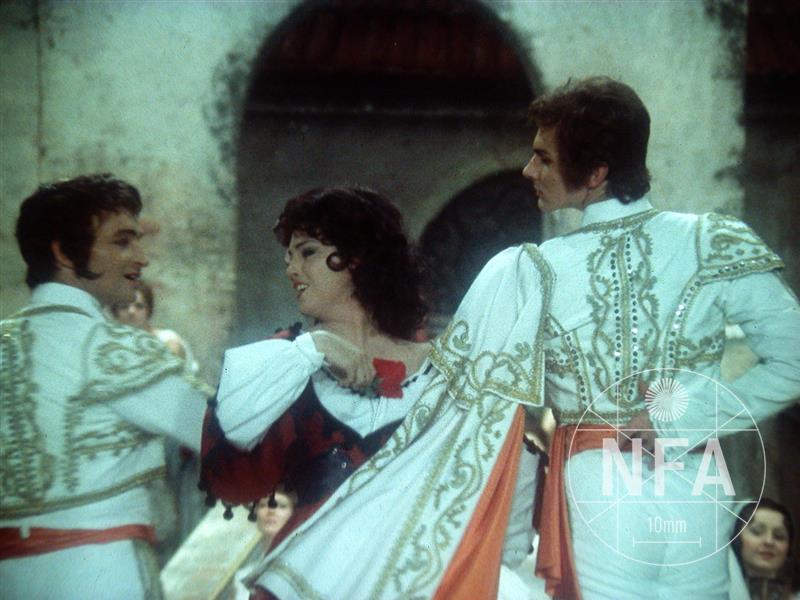