In 1982 director Dušan Klein and screenwriter Ladislav Pecháček launched a highly successful comedy series based on the latter’s novel Amateurs. After the success of Jak svět přichází o básníky (How the World Loses Poets) (1982) they returned to their idealistic hero Štěpán two years later with Jak básníci přicházejí o iluze (How Poets Lose Their Illusions). After another follow-up in the form of Jak básníkům chutná život (How the Poets Enjoy Life) (1987) the series was interrupted by the emigration of lead actor Pavel Kříž. However, following a change of political system the creators added two more parts to the original trilogy – Konec básníků v Čechách (The End of Poets in Bohemia) (1993) and Jak básníci neztrácejí naději (Poets Never Lose Hope) (2004). Thus arose a unique series of movies following one fictitious character over more than 20 years against the backdrop of changing political reality. The “Poets pentalogy” is also a record of the acting, physical and human transformation of Kříž – originally an amateur theatre actor, his life was transformed by Klein’s offer of a part in the first Poets picture. While Kříž focused on his dreamt-of field – medicine – during his Canadian exile, his filmography features dozens of others films and series. The eternally wide-eyed Šimon Šafránek, who the first part captures graduating from secondary school and enrolling in medicine and the last depicts as a hospital director, is a kind of shadow figure in his own peripatetic life… As well as a “poetic dolt” Klein’s and Pecháček’s hero is characterised by his relationships with his worry-worn mother (Míla Myslíková), friend Kendy (David Matásek) and attractive girlfriends, whose number grows with every film. Šimon’s efforts to win over the alluring Borůvka (Miroslava Šafránková) devolve in part from an experimental, amateur production of Tyl’s Wood Nymph, which the hero and Kendy are working on. The TV even displays interest in the production. However, Štěpán is more interested in losing his virginity than in media fame.

The couturier afránková makes dresses for most of girls and women in the city. Her only son, 18 year old grammar school student těpán has thus a chance to evaluate their charm secretly through the keyhole. He loves platonically his former schoolmate Marcela called the Blueberry. After her dress try-out těpán always switches off the safety fuse and so he is "obliged" to walk the girl down on the dark staircase. těpán is talented for rhyming and he finds verses for any situation. His friend and schoolmate from the last year of the grammar school, Marek, called Kendy suggests to produce non-professionally an experimental version of Tyl's theatre play called The Wood Nymph aka The Journey to America. těpán writes in the rhymes, Kendy makes music to it all, and they can say good bye to their school and city in an unforgettable way. těpán refuses this idea until he realises he can cast the Blueberry in the main part of Terezka. The Blueberry was just not admitted to the conservatory. The butcher Červíček, an experienced amateur theatre takes up the direction. těpán has a serious rival in love. The publicity officer Nádeníček is older, more experienced, and he is well off. těpán and Kendy visit a wine company which could financially support their theatre play. těpán makes skilfully luxuriant amendments to the boring report prepared by Nádeníček. But the secretary Blueberry who has to retype the text is not exited. Both students work intensively and they hire actors continuously. těpán visits the Blueberry who has a cold. Near her bed he starts making love rhymes, and the girl records them secretly. Nearly the half of the city is rehearsing the theatre play. The director gave a role even to the unpleasant Nádeníček. Even a TV crew comes to shoot a section about the theatre performance. It was arranged by the editor of the local newspapers, who is father of the juicy schoolmate Hrdličková, who makes in vain advances to těpán. The TV director Pergl is quite embarrassed by the adaptation of the classical play, but Kendy and těpán explain promptly on the camera their personal conception. těpán is hopeful about his first making love. The Blueberry told him that her parents had left and she would be the whole night at home alone. těpán says to his mother that the rehearsals will be also at night and after a fresh bath he rings at the Blueberry's door. The girl lets him listen the recording of his own verses. After the successful night the young man recaps: "Poets use to have difficult beginnings and ends. However the meantime is joyful and fruitful. I am at the end. This is the way the world looses poets."

After the success of this film the authors made four free follow ups: How Poets Lose Their Illusions (1984), How Life Smells Good to Poets (1987), The End of Poets in Bohemia... (1993) and How Poets Never Lose Hope (2004). The stories are continuously commented upon and supplemented by short animation sequences. 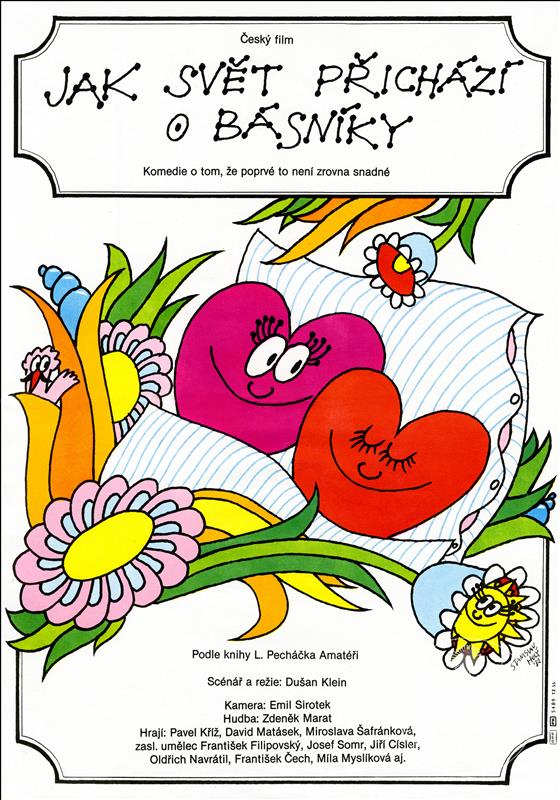 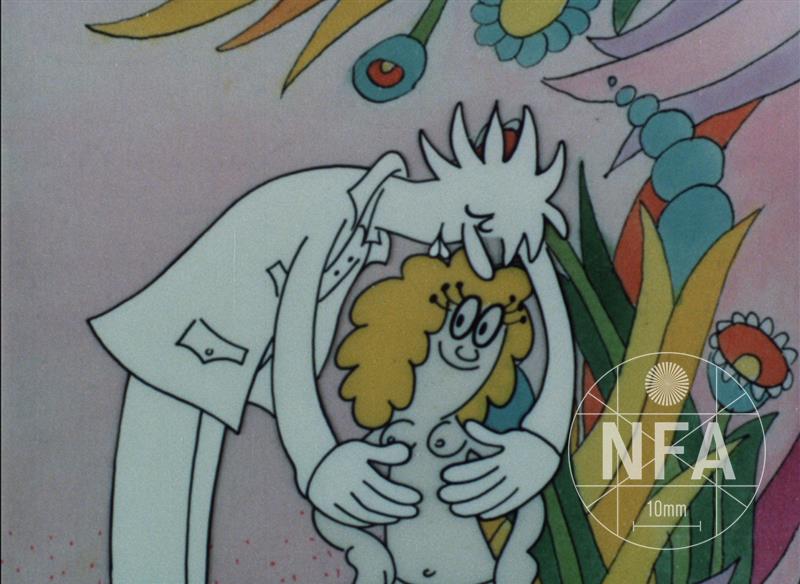 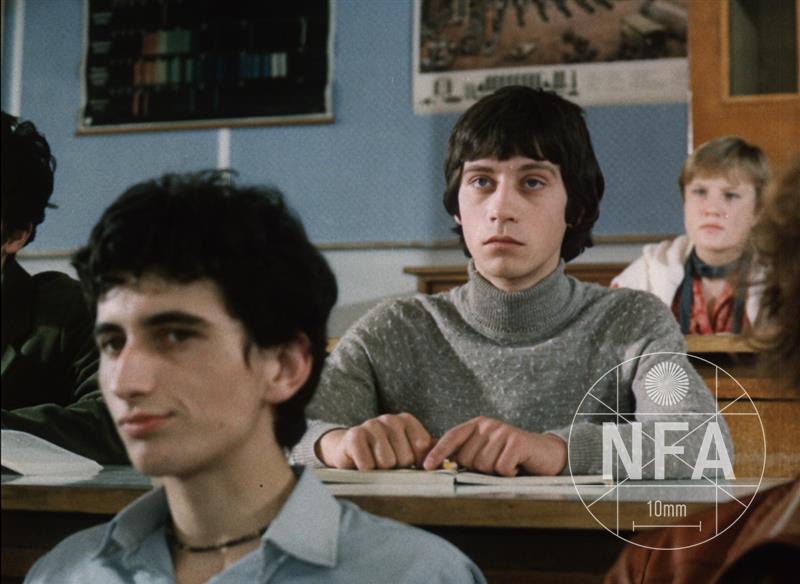 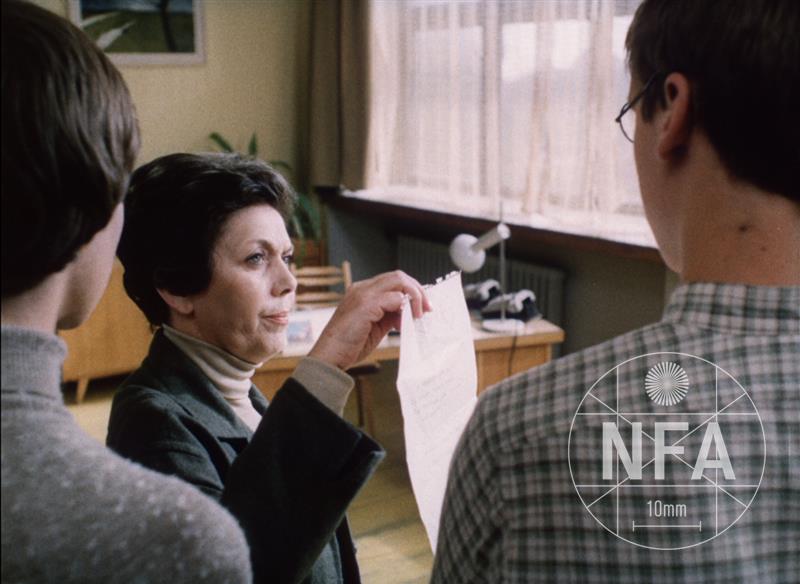 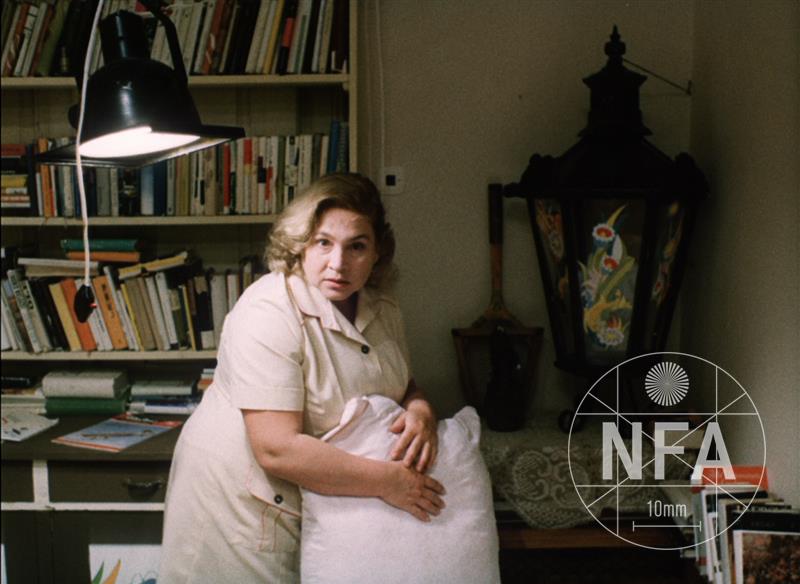 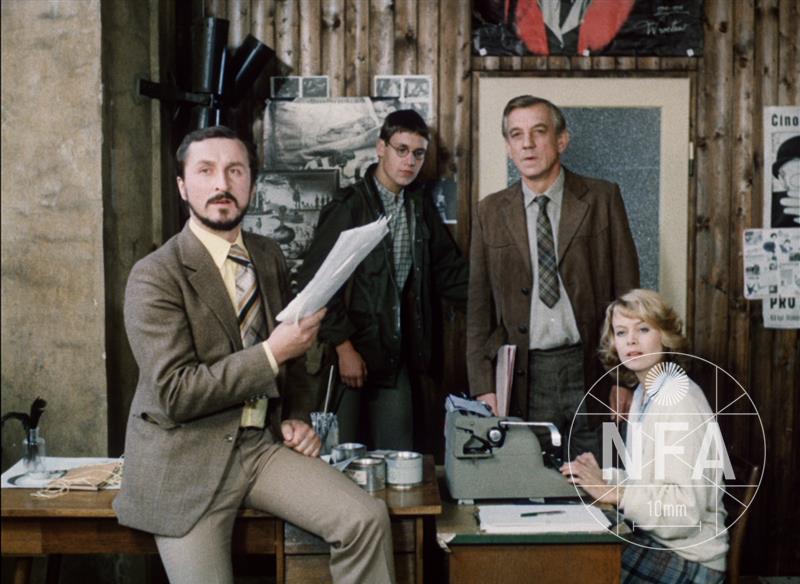 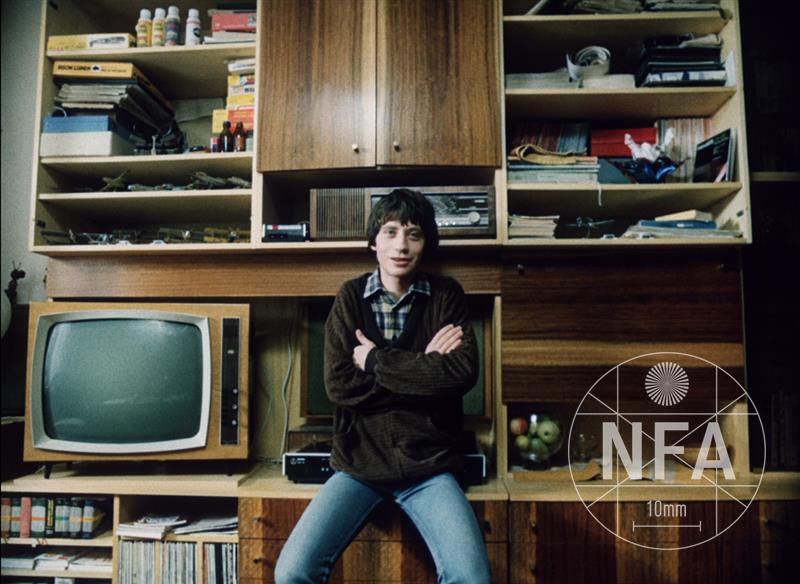 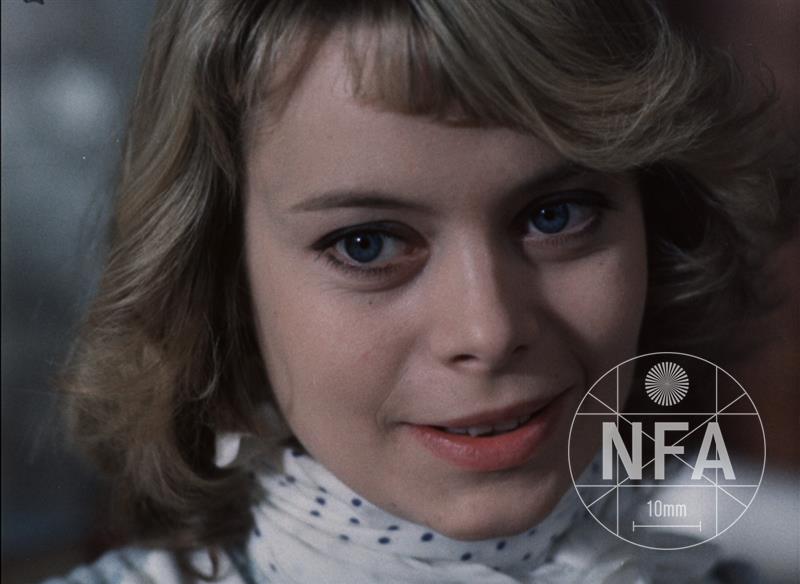 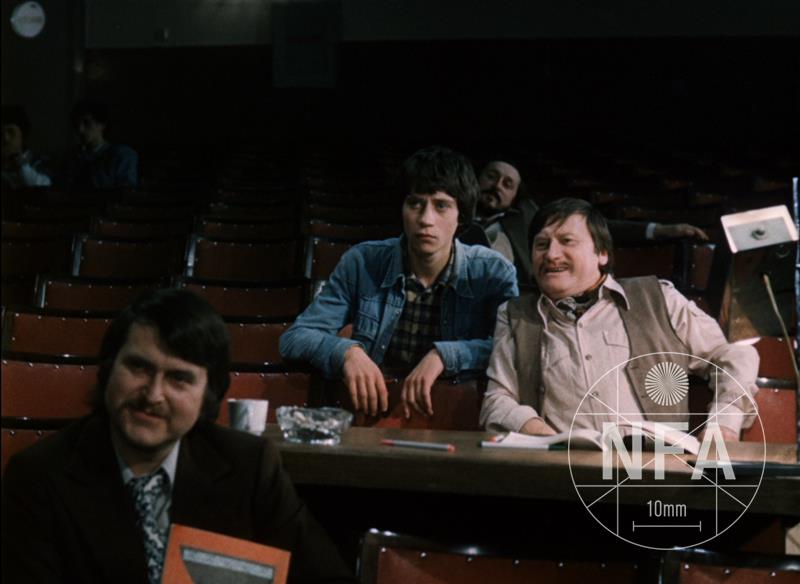 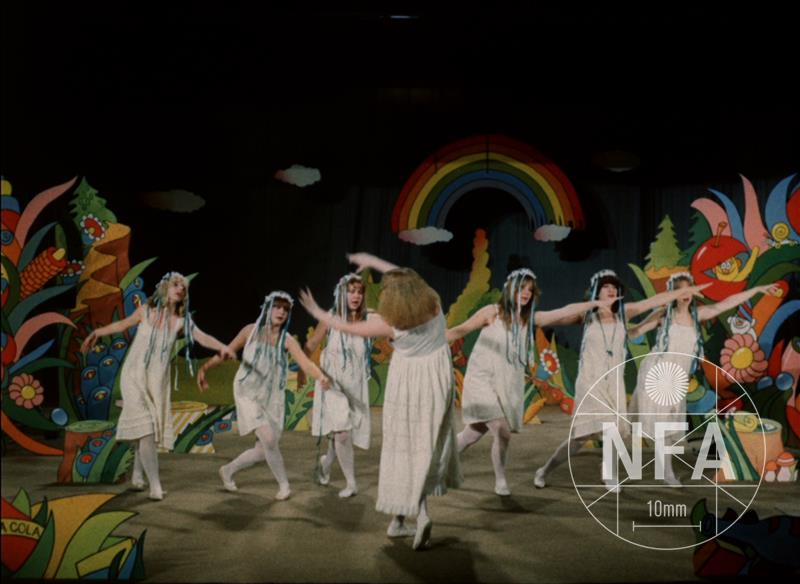 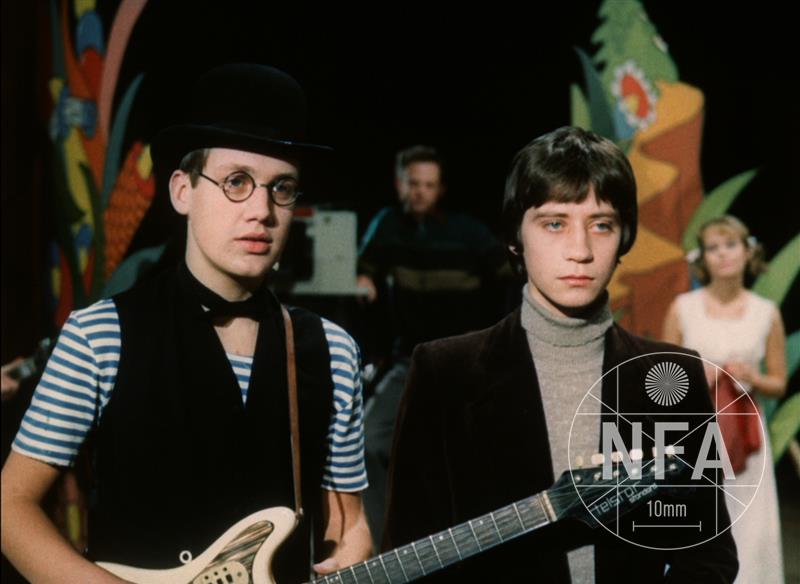 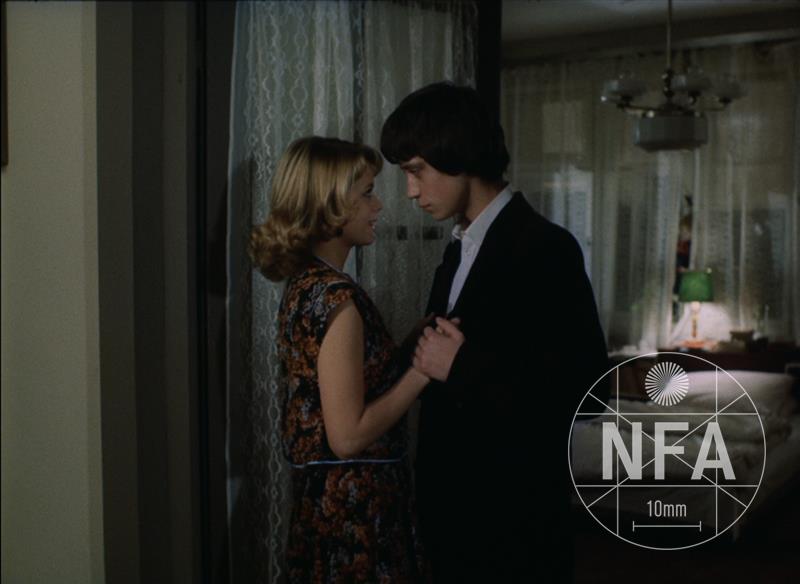