Director Dušan Klein and author and screenwriter Ladislav Pecháček created films together outside the popular “Poets” series. They also cooperated in their respective roles in the making of Vážení přátelé, ano (Yes, My Dear Friends!, 1989), a well conceived satire that premiered in cinemas only one month ahead of the Velvet Revolution. The narrative successfully juxtaposes the pitiful condition of the main protagonist, beset by an incapacitating mid-life crisis, with that of the socialist regime of the late 1980s, teetering on the brink of collapse. The clerk Bohouš Fischer, superbly portrayed by Milan Lasica, is promoted to deputy director of a company manufacturing sanitary wares. Rather than devote himself to office work, where his indifference and systematic indolence have so far been well rewarded, he is instead drawn to “creative” work, building a tile stove. Bohouš’s personal life, which includes two rebellious daughters and a few vain attempts at adultery, is full of resolutions to implement change which are as half-hearted as the daily operations of Fortuna, the toilet-making company.

Bohouš Fischer, an official of the state enterprise Fortuna, which produces ceramic sanitary products, and father of two teenage twins Hanka and Kamila, is promoted to the position of deputy director. He is still in love with his wife Anděla, a bioscientist and amateur theatre actress. His parents are in a retirement home. The mother drinks because the father "sides" with the old fat Bečicová. Bohouš has objections both to his daughters' clothes and behaviour, but the girls do not take his remarks seriously. Visiting the family of his friend Berka, Bohouš and Pepík Berka get drunk in a cellar and Bohouš discovers a stove fitter's tile which Berka's father produced. He also finds moulds and tools. He is tired of his white-collar career and decides to build a tiled stove. The enterprise has a conference with deputy minister Římský at a château. Here, Římský gets to like the only surviving tiled stove. He wants it at home. The tantalizing assistant slides into Bohouš's room at night but no love making comes out of it. Římský, on the contrary, is having a good time with a cultural officer. Bohouš must solve his daughters' problems with Russian lessons at school and the teacher of Russian unscrupulously invites him to her flat. But she suffers from a bilious attack even before it comes to making love. Bohouš does not enjoy his work and the conditions in the enterprise, and thus starts realizing his dream: he builds a tiled stove in the château. Římský again likes it and wants it again, this time in his cottage. Bohouš promises to build him another one. But he will have no time for it because he is to be appointed the company's director. One of the benefits of his position is a director's Tatra 613 car and Bohouš gets in. The stove which he had built falls apart during a storm. 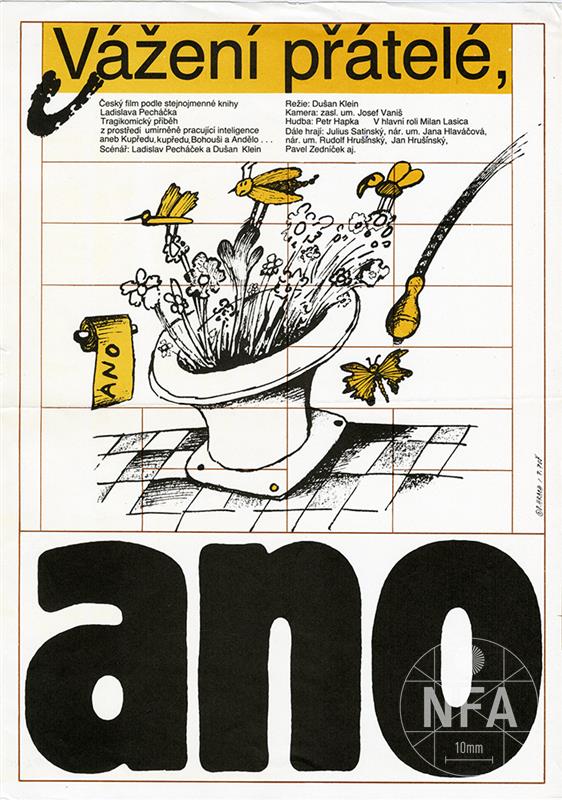