The historian, politician and philosopher Jan Jesenius (1566–1621) was brought to life in the five-part Slovak TV series Lekár umierajúceho času (Doctor of the Dying Time, 1983). Seven years after its production, this footage was re-edited into a feature film, dubbed over with Czech-language dialogue. Svědek umírajícího času (The Witness Of a Dying Era, 1990) sees screenwriter Vladimír Körner and director Miloslav Luther tell the story of a noted Czech historical figure. Jan Jesenius works in Prague in the court of Emperor Rudolf II. He becomes rector of Charles University, and along with his students helps to make significant strides in the world of medicine. Jesenius battles on behalf of the Czech Crown, and is executed following the Battle of White Mountain. Petr Čepek excels in the lead role in this expansive historical epic. Also offering a strong performance is Rudolf Hrušínský as Rudolf II.

It is the late 16th century and a messenger rides through the land, predicting the biblical time of dying. The Hungarian puszta, 1596. It is after the battle with the Turks and the physician John Jessenius doctors Count Thurn's broken ribs. He meets his friend, the astronomer Kepler. Wittenberg, 1598. Jessenius visits the loan shark Fels to get a loan. He takes a fancy to the usurer's wise daughter Marie and marries her. Prague, the spring of 1600. Emperor Rudolf II approves Jesenius to carry out a public autopsy. Just before the event, the physician and Kepler attend a public spa. Accompanied by the barber-surgeon and bathkeeper Jakoubek, they witness the emperor's friskiness with young women. Jessenius gets a body appropriate for his demonstration from the famous Prague executioner Mydlář. The autopsy becomes an attraction. Representatives of the Bohemian estates plead with the emperor to declare freedom of faith. Prague University offers Jessenius the position of regular professor. A plague epidemic breaks out in Prague and it swiftly spreads throughout the town. Jessenius and his students treat patients in a hospital day and night. They, however, cannot save Marie who does not suffer from plague but is still included among the infected and her house is plundered. Prague, the early spring of 1612. Emperor Rudolf II dies. Vienna, the autumn of 1613. Jessenius is in town, asking for his pay as the court physician. Emperor Matthias rejects his service. On his way back, Jessenius meets a young woman Floro and spends the winter with her, writing down his medical knowledge. Floro, however, leaves him one day. After some time, the nuns give him the daughter Julinka who Floro delivered in an asylum. Jessenius takes the child in. Prague, the spring of 1618. The Bohemian estates' uprising results in the so-called defenestration of district administrators Slavata and Martinicz and scrivener Fabritius at Prague Castle. Jessenius - now the rector of Prague University - is appointed the official emissary of the Bohemian estates and leaves for Hungary. Pressburg, the autumn of 1618. Jessenius is arrested, imprisoned and interrogated. The interrogation is secretly watched by the new emperor, Ferdinand, and the one-time barber and bathkeeper Jakoubek. Jessenius is sent back to Bohemia in exchange for another captive. Vienna, the autumn of 1619. The discord between the Bohemian estates and the emperor continue. The Bohemian aristocrats are, however, running out of money as well as energy. The young Albrecht of Smiritz, the estates' nominee for the Bohemian throne, dies of consumption. Prague, the autumn of 1619. The Bohemian estates hand Friedrich von Falz the key to Prague. People cheer Friedrich, the soldiers swear loyalty to him. Prague, the autumn of 1620. November 8, 1620, is the day of the Battle of the White Mountain. Friedrich von Falz cowardly escapes. All the Bohemian feudal lords are gradually arrested and Prague University is plundered. Even Charles IV's founding act gets stolen. Jessenius waves to his departing daughter Julia through a barred window. Prague, the summer of 1921. The hangman Mydlář executes twenty seven members of the estates' resistance, with Jessenius among them. The Jesuits return to the university. Jakoubek is appointed the imperial administrator. The impoverished Kepler sells horoscopes on the street. The heads of the twelve executed men are displayed at the Prague Old Town's Bridge Tower as a warning. Europe is struck by a conflict which in the future will be called the Thirty Years' War.

The film director Luther made a five-sequel historical series called The Doctor of a Dying Era for Czechoslovak television in Bratislava in 1983. Seven years later, editing the original 16mm material and copying it into a standard size resulted in the present historical film with a slightly changed title. 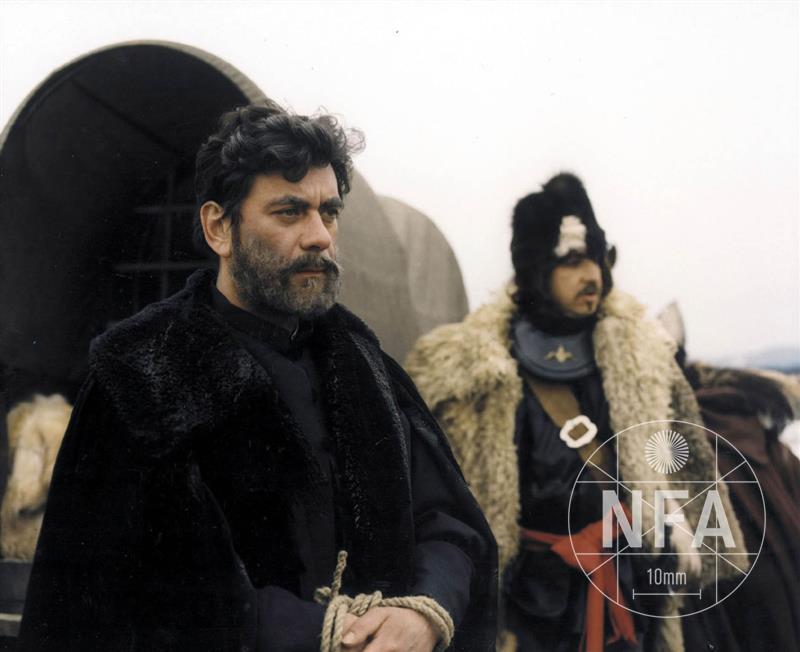 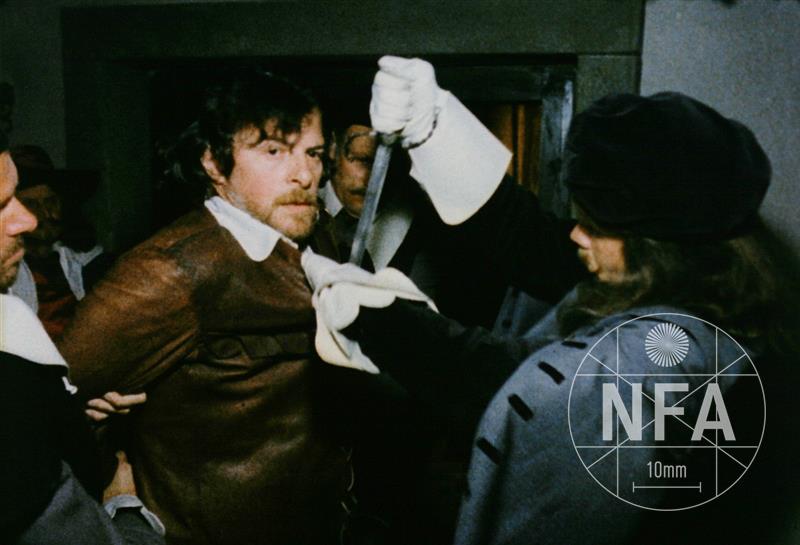 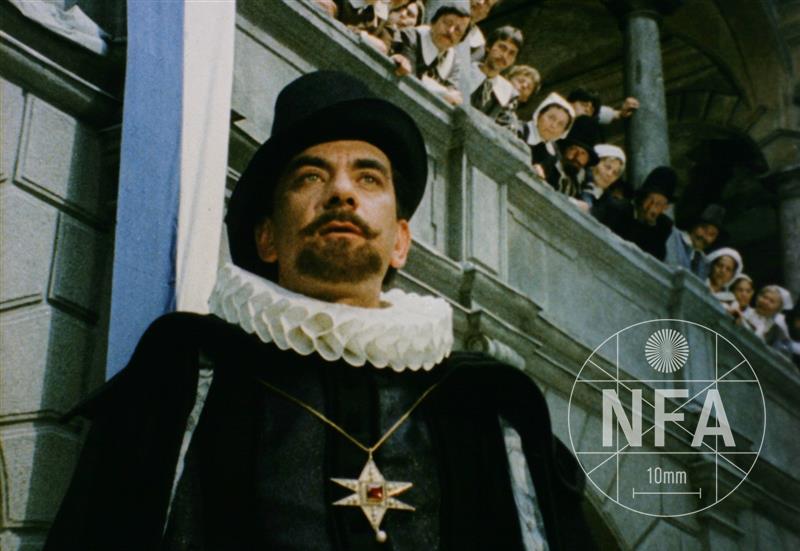 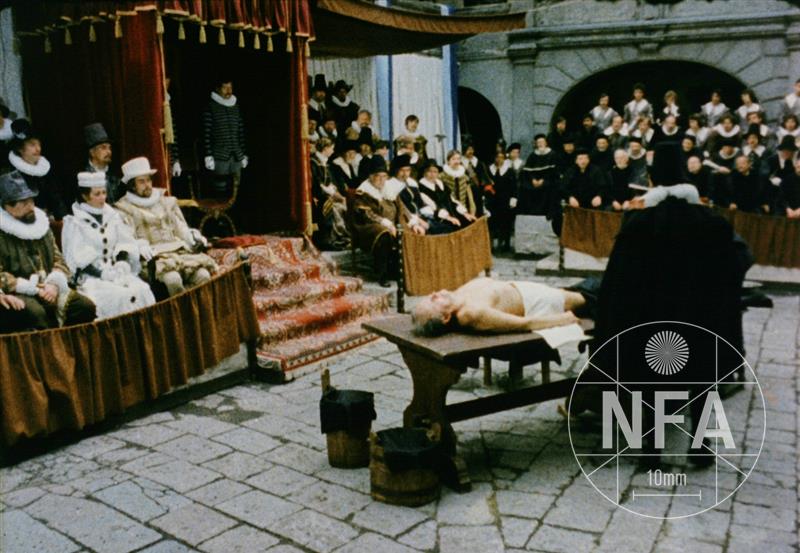