In 1974 the experienced director Ladislav Rychman adapted the classic theatre play Strakonický dudák aneb Hody divých žen (Strakonice Piper, or A Feast of Eager Women) by Josef Kajetán Tyl for Hvězda padá vzhůru (A Star Is Falling Upwards), a fairy tale musical starring Karel Gott. In the hands of the screenwriters (Rychman, Václav Nývlt, Jiří Štaidl) Tyl’s National Revival paean to the Czech character was transformed into a modern fantasy in line with the mood of the normalisation era. Its hero – Jirka Švanda, a simple house painter from Strakonice – acquires miraculous singing talents thanks to the patronage of the Fates and slowly starts to win fame. He is exploited by the greedy hustler Vocilka (Josef Somr), who peddles the ever more successful singer to a foreign music label. However, in the glitzy world of showbiz even the naïve Švanda sees the light, refusing to become mere commercial fodder and returning to his homeland, to his fans and his beloved Dorotka (Jitka Molavcová)… Though based on a piece of classic literature, the film draws a peculiar parallel to Gott’s own emigration in 1971 (the popular singer returned to his homeland from West Germany at the request of Gustáv Husák, then general secretary of the Communist Party of Czechoslovakia). In the 1960s Rychman helmed one of the greatest Czech music films – Starce na chmelu (Hop-Pickers) (1964). He also experimented with the musical form in the intimate tragicomedy Dáma na kolejích (The Lady of the Lines) (1966). With A Star Is Falling Upwards he was tasked with making a stand-in for the Western musicals that were banned from Czechoslovak screens. Though he could draw on Ladislav Štaidl’s catchy songs and the slightly narcissistic presentation of Karel Gott as a “singer of the people”, the resulting picture creates a rather bizarre impression in the contemporary context. The very morality of a passive hero who obtains fame, fortune and a trip to the capitalist West through no endeavour of his own – but merely thanks to fairy tale-style magic – is problematic.

A young woman heavily injured in a car accident is dying in Strakonice's maternal hospital. Her new born son is given by three Fates a faithful girlfriend and a talent for singing as a compensation for his life without parents. After years Jirka Švanda makes his living as a decorator, he dates a loving Dorotka, but he sings only in the local wine bar U Dudáka. The Fates give him a worn out embroidered tail-coat for good luck. A photographer from a fashion magazine Kalenda invites Švanda who told him about his desire to sing professionally to Prague. Still before leaving Švanda substitutes a non-operating equipment and he sings for guests at a unique fivefold wedding which is covered by TV. Then he goes to Kalenda but first he is taken care of a by a cheater and a shark Vocílka, who imposes himself on the naive Švanda as a manager. The singer in a special tail-coat gains quickly popularity and a lot of female fans. Dorotka misses her boyfriend in vain. Švanda is dizzy from his popularity and he signs a contract with a foreign agency Alfaton. On a great and extravagant reception in the residence of agency owner Ferrero the singer learns that he got money, but that he became only merchandise and his songs will not be published. Ferrero's beautiful daughter Linda refused by Švanda gets a hysteric fit. Fortunately a competitive agency buys his bad contract. Švanda refuses another tour abroad and he returns to his native country to his beloved Dorotka. 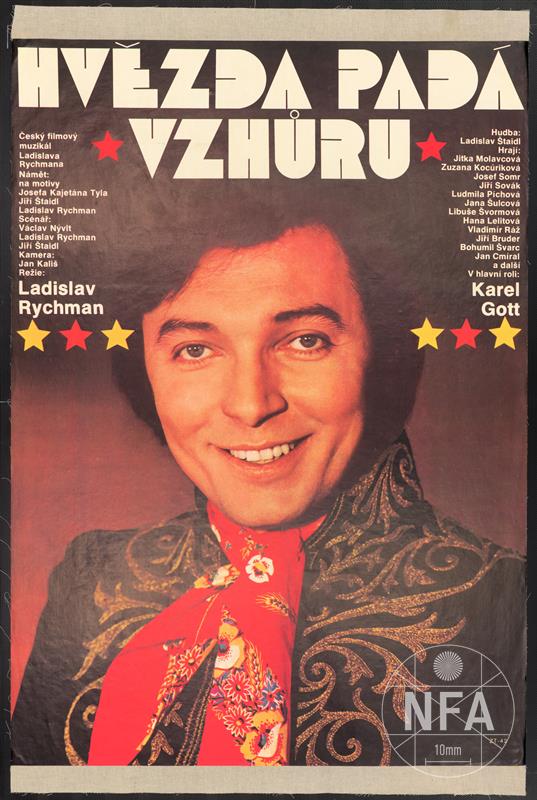