During the early 1980s seasoned director Karel Kachyňa adapted two “medical” stories from the same literary source. The tragicomedies Pozor, vizita! (Watch Out, the Doctor Is on His Round!, 1981) and Sestřičky (The Nurses, 1983) were both inspired by Adolf Branald’s 1967 novel Vizita (Doctor’s Round). The main protagonist in the latter film, set in the 1950s, is an inexperienced nurse starting her career at a rural medical facility. In the former, set in the early 1960s, it is the wandering bachelor Prepsl, who is trying to find consolation for his forced stay in a hospital isolation ward. Even though Prepsl is carrying the typhoid virus, he views his time in the infectious diseases unit as an unjust internment and makes several attempts to escape. Gradually he begins to forge relationships with the hospital staff and other similarly affected patients. As he slowly comes to terms with his circumstances, he finds a new sense of life in the spirit of his fellow patients and the stories shared on the ward. The inadaptable recluse thus finds the support he needs to make his reconciliation with society. Through its central character the film’s narrative explores the theme of human freedom. Prepsl is naturally inclined to resist any limitations placed upon his liberties, until he loses them all. The film’s main protagonist, exquisitely portrayed by Rudolf Hrušínský, is an irrepressible optimist, whose character combines wisdom and the courage to withstand any hardship, even if it means swapping freedom for a secure existence under the continuous supervision of caretakers. In this respect Kachyňa’s film closely reflects the reality of its time when the post-1968 “normalisation” regime imposed a very similar “trade-off” on its citizens. Hrušínský, who delivers one of his best performances under Kachyňa’s skilled direction, is joined in the timeless film’s cast by Josef Somr in the part of disinfector Kafka and Libuše Švormová as nurse Růžena. Veronika Jeníková plays the part of young patient Manka confined to the same ward – the inhabitant of a children’s home she is akin to Prepsl in her “homelessness”.

The year 1960 witnessed an epidemic of intestinal typhus. Traces lead to the village of Albrechtice where the recent motorcycle races were visited in great numbers. The carrier is found. It is the poultry farmer and lonesome bachelor Prepsl who must immediately be quarantined in a hospital. When he was young, he loved to wander around the world and likes to talk about it to his friends in a pub. Now, he is isolated and the senior consultant Vojtěch presents him with the only solution: to remove his gall bladder. But Prepsl feels healthy and does not want to hear a word about the surgery. He finds a friend in the hospital – the disinfector Kafka, but he is otherwise bored. The senior consultant offers him the job of taking care of the hospital lawn. Prepsl agrees and runs away in no time. Kafka and the hospital attendants find him in a local pub and return him to the hospital. The hospital cleaning lady Katka is interested in the elderly Prepsl. But although the corpulent widow brings him strudel and is close to him in age, Prepsl prefers the patient Manka – a premature and impertinent children's home inmate. The convivial man enthusiastically welcomes a new roommate. The old and widowed Bartůněk is moreover very emotional about his four adult children. They visit him, but the main reason is to extract money from him under various false pretences, and none of them wants to take care of their father at home. Julinka even pretends to be pregnant. During Christmas, a celebration breaks out in Prepsl's room, attended by Katka, Manka, Kafka as well as the nurse Růžena. It comes to dancing and the mischievous Manka even performs a strip show. In spring, Manka has her gall bladder removed and then lures Prepsl to run away with her so that she does not have to return to the children's home. The oddly incogruous couple spends a night in a barn. Prepsl tells Manka about his only love whom she recalls. In the morning, Prepsl is alone – the girl has disappeared, and moreover stolen all his money. The carrier returns to the hospital. He feels old and the hospital is his only home after all. He eventually agrees to have the surgery but his son Josef forbids him to undergo it; it is clear that somebody would really have to take the father home. Bartůněk is resigned to everything; he is apathetic and he even refuses to talk to his relatives on their regular Sunday visit. He tells them inconsiderately from a balcony what he thinks about them. As soon as he finds out that the only one who never took anything from him is his youngest daughter Mánička, he and Kafka secretly set off to meet her. The young woman had no idea about her father's situation. She approves the surgery and promises to take her father in, even though she has the smallest flat of them all. The satisfied Prepsl begins flirting with Katka. He is, however, soon stricken by his nomadic inclination and runs away again. 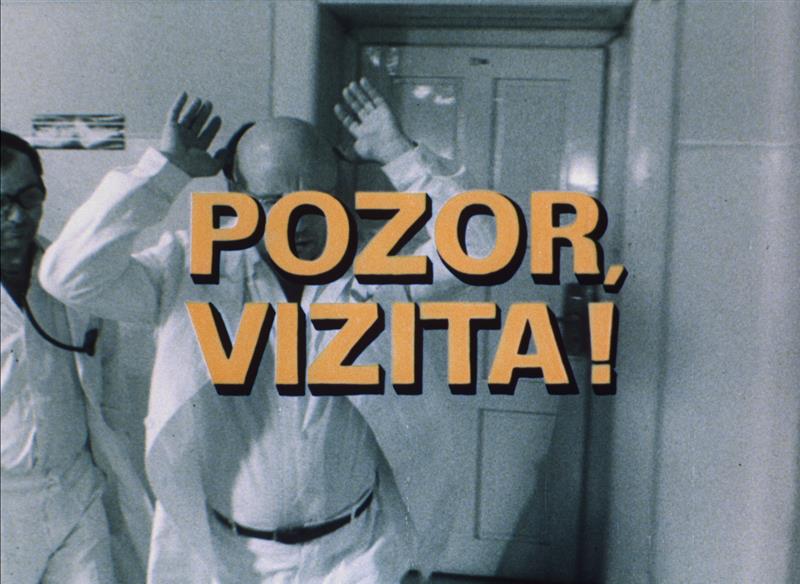 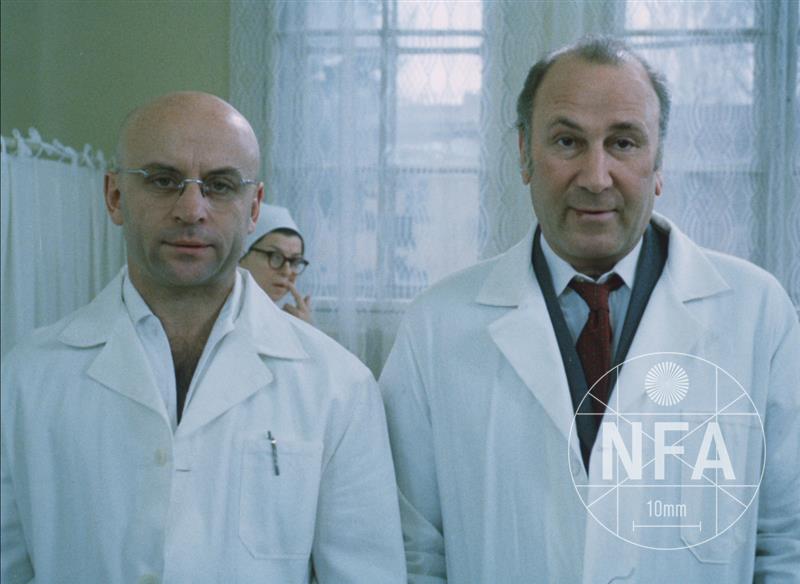 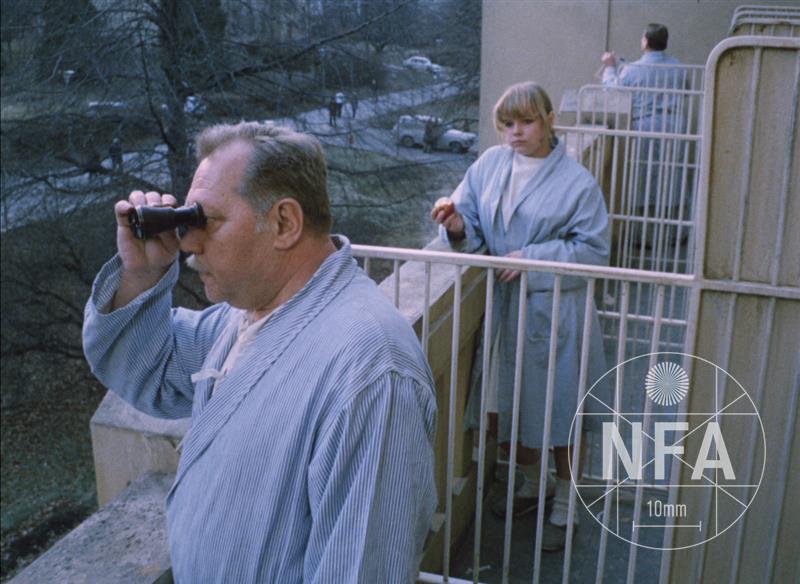 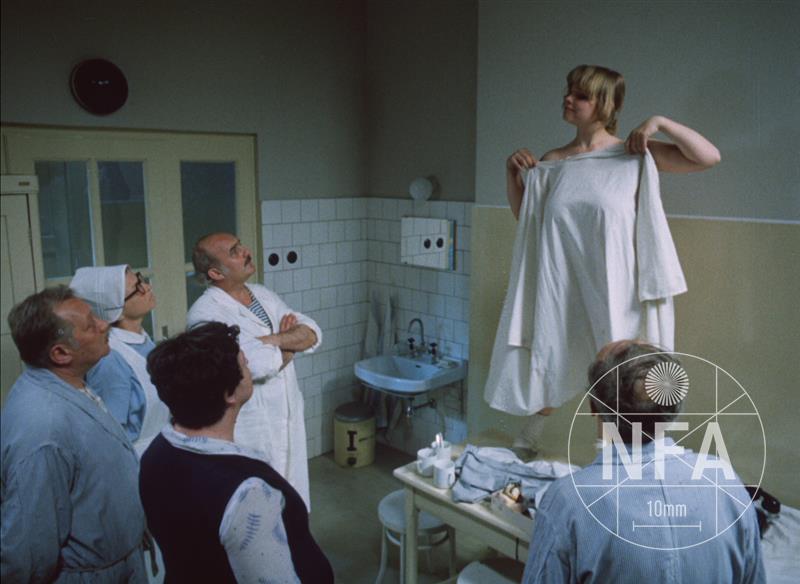 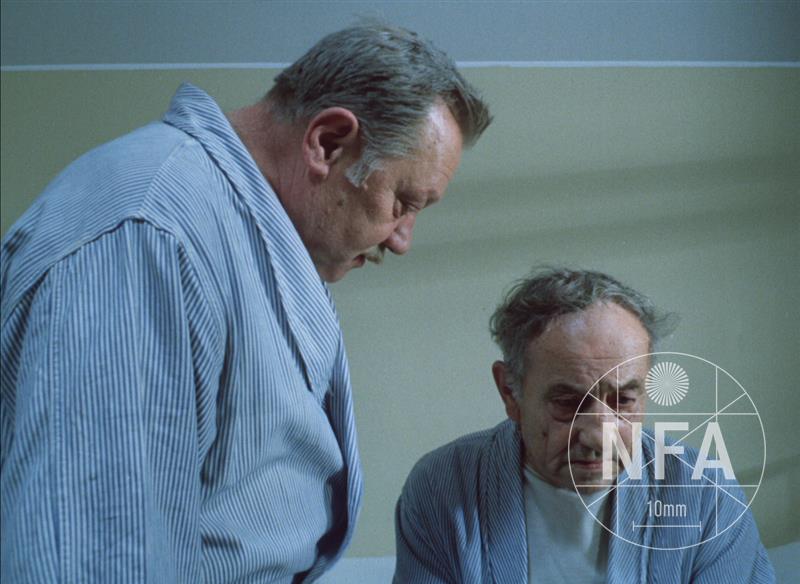