Grammar school teacher Bláha hurts himself in pursuit of a red lizard, and is lying unconscious in the lonely house of Šantrůček family. The postman, who found Bláha's coat and hat in the water, announces to everyone in town that the professor has drowned. But, the venerable citizens are at that moment more interested in the theatre group with the beautiful guest actress Eva Gazdová. They demand a change of repertoire and manage to persuade the theatre manager to have the group play the musical comedy The Red Lizard instead of an established play. Eva, out of comradely spirit for the manager, agrees not only to appear in the main role, but, at his request, discredits the townspeople so much that they agree to the earlier planned performance of The Beggar's Opera. The grammar school prepares a commemorative ceremony for teacher Bláha, and the teacher, already healed, appears in it to everyone's surprise. In the evening, the entire town gathers in the theatre. The success of The Beggar's Opera is enormous, and the young teacher Vojtěch forgives Eva for her acting in the kitschy musical comedy The Red Lizard.

The prehistoric animals´ animation is by director Karel Zeman. Two of the animated small figures are still preserved in the archives od the studio in Zlín. 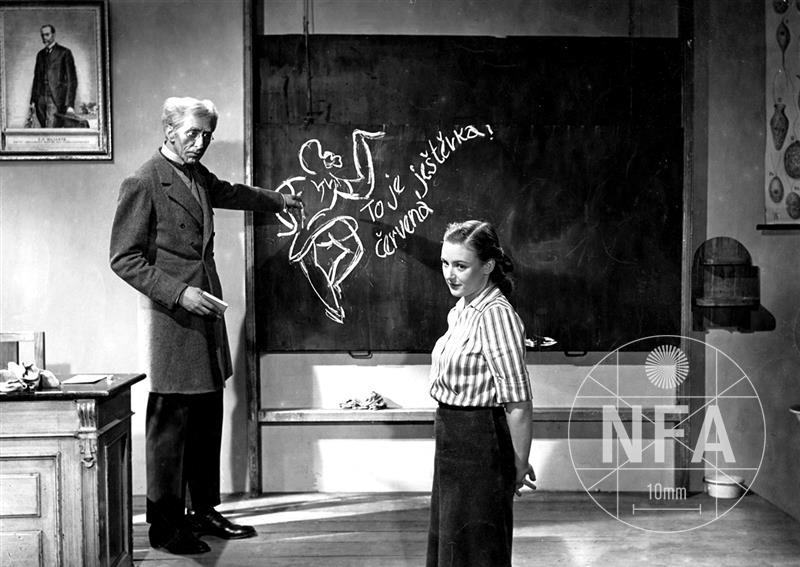