In 1966, Bořivoj Zeman joined the popular trend of making Czech parodies of “capitalist entertainment.” Like the films Limonádový Joe aneb Koňská opera (Lemonade Joe, 1964), Adéla ještě nevečeřela (Adela Has Not Had Her Supper Yet, 1977), and Tajemství hradu v Karpatech (The Mystery of the Carpathian Castle, 1981), Fantom Morrisvillu (The Phantom of Morrisville) provides a contrast by adding a Czech element to an old-world fictional template. The screenwriter was František Vlček, who had already penned the unrivalled parody Pytlákova schovanka aneb Šlechetný milionář (The Poacher's Foster Daughter, 1949). The Phantom of Morrisville also relies on a defunct subgenre – trashy reading material in the style of the English detective novelist Edgar Wallace. The story is framed by a character who is a member of an opera orchestra whose drums are desperately underutilised in Bizet’s Carmen. The musician passes the time by reading a tattered edition of a detective novel – The Phantom of Morrisville by James Harrison. With its hero, Sir Hanibal Morris, he embarks on an exciting adventure set in the eponymous aristocratic mansion, which is full of secret passageways… Before his marriage to the beautiful Clarence, Morris is haunted by his unresolved past in the form of the villainous adventurer Diaz. He has escaped from jail just before he was due to be executed and he sets out for Morrisville with his three henchmen to seek revenge… The musician tries to finish the novel whilst routinely performing his work at the same time. Consequently, the action is interrupted and scenes are stolen by interludes of “real” life. Besides situational gags, dry English humour also plays in important role in the story. The musical numbers are a less fortunate idea. They sound jarring alongside Bizet and they disrupt the stylistic unity of the detective story. Putting Waldemar Matuška in the role of Diaz is an interesting piece of casting (although the popular star at that time was used more organically in Lemonade Joe). Actors who stand out in the apposite cast include Oldřich Nový as Sir Morris/the musician, Vít Olmer as the investigator Allan Pinkerton, Jan Skopeček in the role of the punctilious manservant John, and Květa Fialová as Clarence.

At the Smetana Theatre in Prague, the performance of G. Bizet's opera Carmen begins. Elderly percussionist Emil, playing drums, has plenty of time in the intervals of his routine to read The Phantom of Morrisville and experience great adventures as Sir Hannibal. - Inspector Brumpby and the young crime reporter Allan Pinkerton attend Hannibal's wedding with beautiful Clarence. After the ceremony, Clarence's ex-husband, criminal Manuel Diaz, who was believed dead, shows up in her room. He wants to get his hands on Clarence and, most importantly, on the money she would inherit in the eventuality of her new husband's death. Diaz makes attempts on Hannibal's life. He knows his way about an underground labyrinth in the chateau and the traps he sets up for Hannibal seem to work, since Hannibal is apparently found dead after an explosion in the labyrinth, after which his body vanishes. The inspector tries to solve the countless mysteries. In this, he is joined by Allan, always ahead of the man of the law in his estimation and judgement of the situation. However, the two men face some death-defying situations. Luckily, Allan always manages to cope with everything. A man wearing the mask of the Phantom, the disguised Sir Hannibal himself, also helps them a great deal. Finally, it all ends well. Allan even confesses his love to beautiful secretary Mabel and then a mysterious lady reveals that Allan is the son of Lord Hannibal. - The performance of Carmen is over, the conductor borrows the novel from Emil. The musician's wife waits for her husband and takes him home.

The book that the musician is reading in the film is entitled The Phantom of Morrisswille (its title is different fromt that of the film). 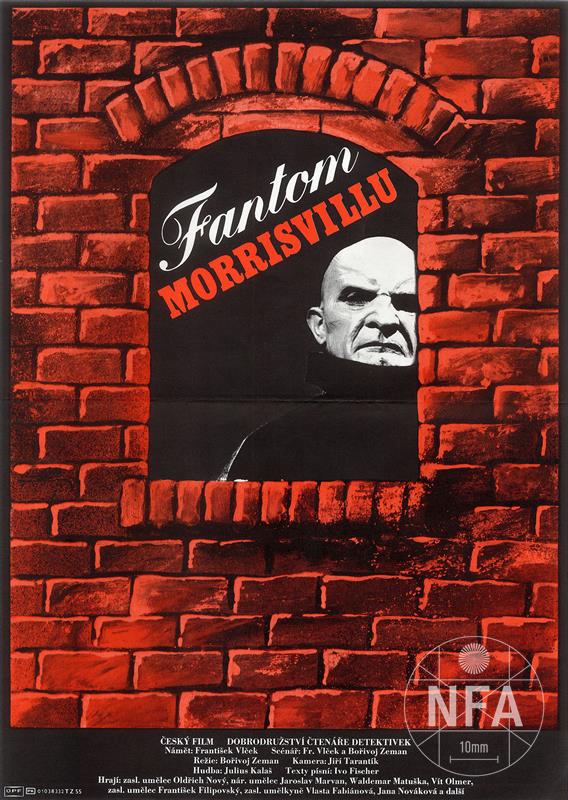 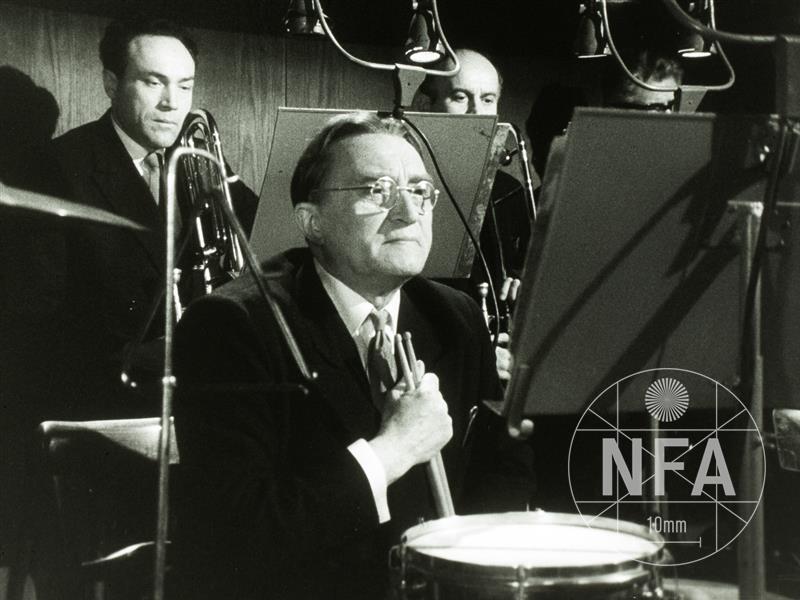 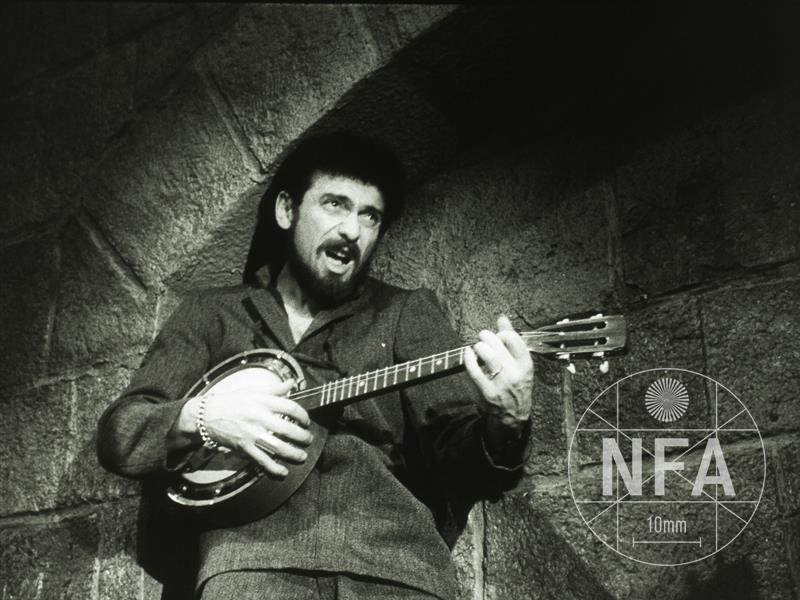 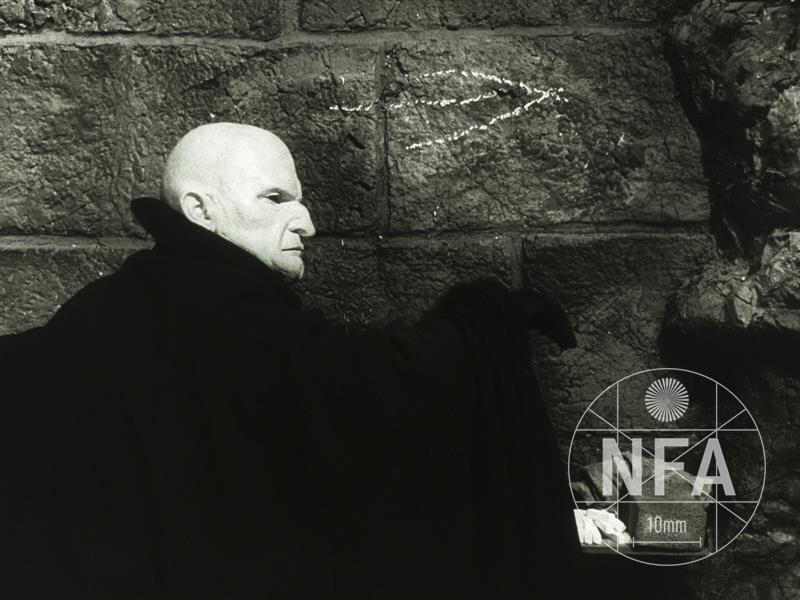 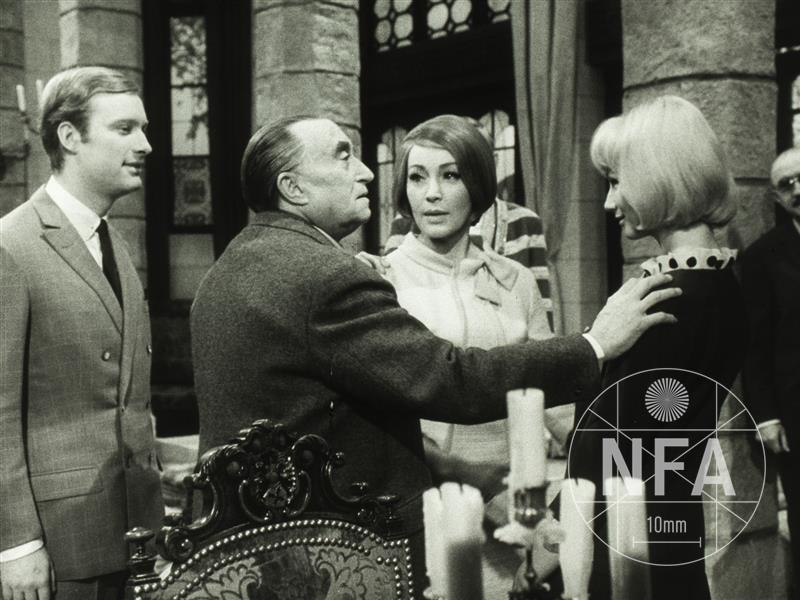