A collaboration between screenwriter Miloš Macourek and director Václav Vorlíček gave birth to the crazy comedy Což takhle dát si špenát (How About a Plate of Spinach?). After the freely imaginative films Kdo chce zabít Jessii? (Who Wants to Kill Jessie?, 1966) and “Pane, vy jste vdova!” (You Are a Widow, Sir, 1970), the duo had to work with themes “from the socialist present” in the 1970s. The comedy Jak utopit dr. Mráčka aneb Konec vodníků v Čechách (How to Drown Dr Mráček or The End of Water Sprites in Bohemia, 1974) characteristically reflected on housing policy. This film from 1977 looked at the subject of stealing socialist property and took it to an absurd level. In this “spinach” comedy, a research institute develops a prototype instrument for regenerating dairy cows. However, an assistant professor and the boss of a beauty salon decide to steal the invention and use it for the rejuvenation of rich foreign clients. They use the career criminals Zemánka and Liška for this purpose, but the machine has a minor defect – the ingestion of the unpopular vegetable in the film’s title increases the effects of radiation many times over. Also in the picture is a rich South American cattle breeder who has come to look at the useful invention and to marry his fiancée... Macourek and Vorlíček develop a wacky story full of various coincidences and mix-ups, including one of their favourite motifs – temporary transformations: After being exposed to radiation and eating spinach, Liška and Zemánka change into 10-year-old boys, who nonetheless still have adult voices and their original thoughts. Isabella turns back into an infant… Using special effects, the film became a rare outing in the fantasy genre for the cinematographer František Uldrich. The cast, which includes the likes of Vladimír Menšík, Jiří Sovák, Iva Janžurová, and Josef Somr, makes the movie even more interesting.

Thieves Zemánek and Liška serve a sentence for the unsuccesful theft of spirit. It is a keeper of the beauty parlour Netušil, for whom they stole and whom they did not betray, that takes care of them after their returning from prison. They are skilful and they help assistant professor Mlejnek of the research institute to copy a sensational invention - a regeneration apparatus for milch cows. This copy of the apparatus ought to rejuvenate the rich foreign women tourists in the parlour. However there are still some bugs to iron out which tries to do the scientific team - eating spinach after irradiation unduly intensifies the effect and it also happens that the object cuts down in size. The rich Latin American widow Isabela Lopez - the grand cattle farmer - arrives to Prague to examine the invention and to marry the fiancé Pereira. It is Carlos, brother of her dead husband, that is being at their heels to mar the marriage because of the heritage. Zemánek and Liška irradiate themselves by chance while steeling the spare parts. After spinach dinner they wake up in the morning as ten-year-old lads with adult voices and thinking. Zemánek´s pregnant fiancée prefers finding another broom. Thus, unexpectedly, three Liška´s children have two adopted little brothers. Irradiated Isabela after spinach turns into a suckling. Carlos sends her to sleep and exchanges for Marcelka Lišková. When all comes out Mlejnek uses a "return motion". The little girl grows up to the morning but it is Marcelka instead of Isabela. Marcelka then devastates the hotel when looking for her din-dins. Carlos unsuccesfully attempts to kill Isabela when he foists her to the pan of the furious hotel cook. Zemánek and Liška first grow old, later on, following the rectifying irradiation, they gain the original age but they are tiny. After having hidden in the cream horns they end up in a stomach of an insatiable St Bernard dog. Further experimentation is prohibited and "the tiny tot" Isabela lets her being adopted by Pereira, whom she gives Mária, her ward, for wife. 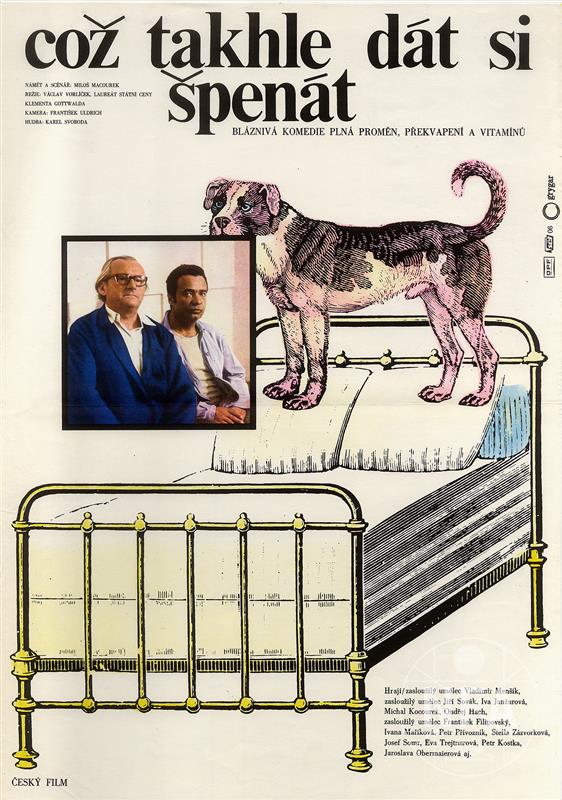 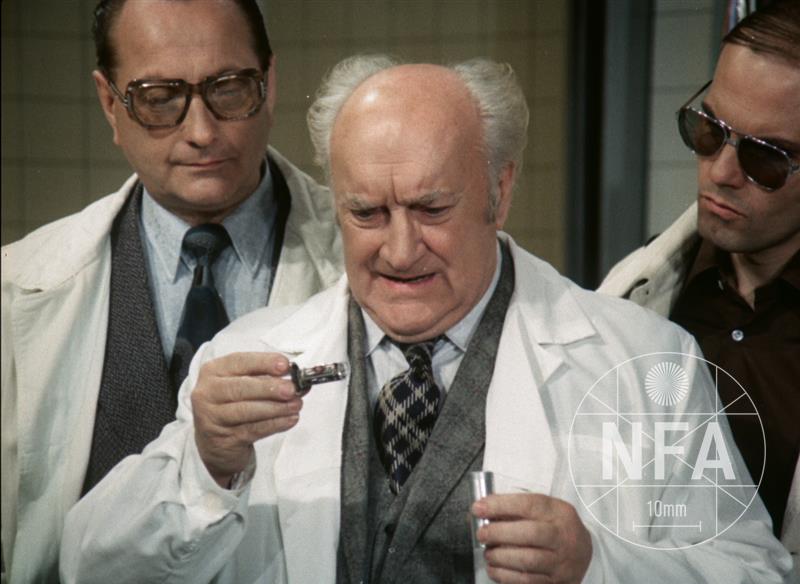 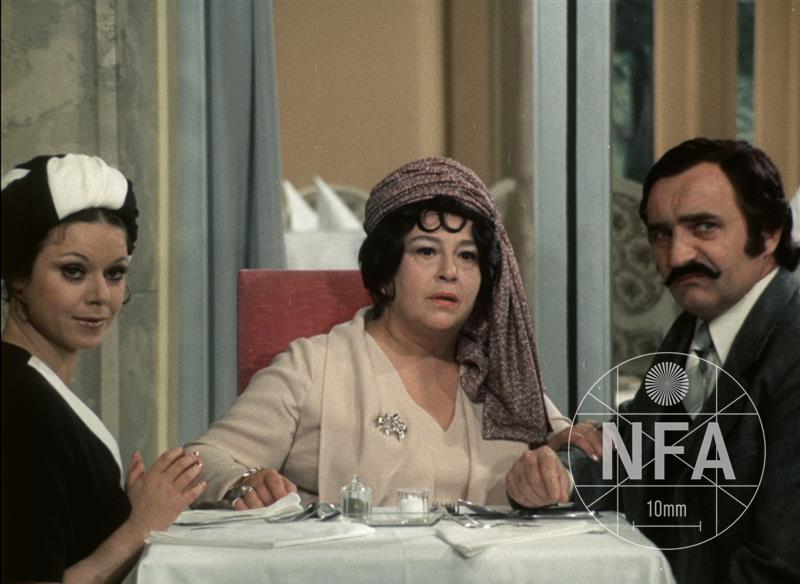 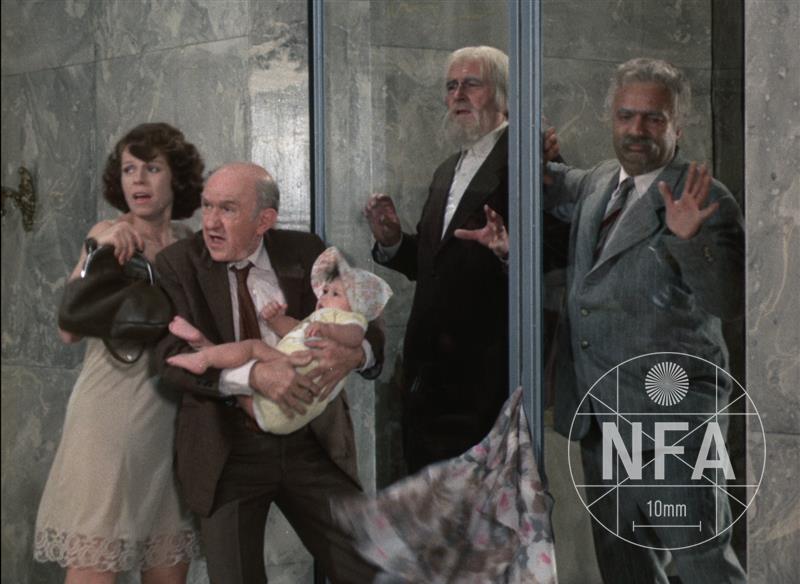 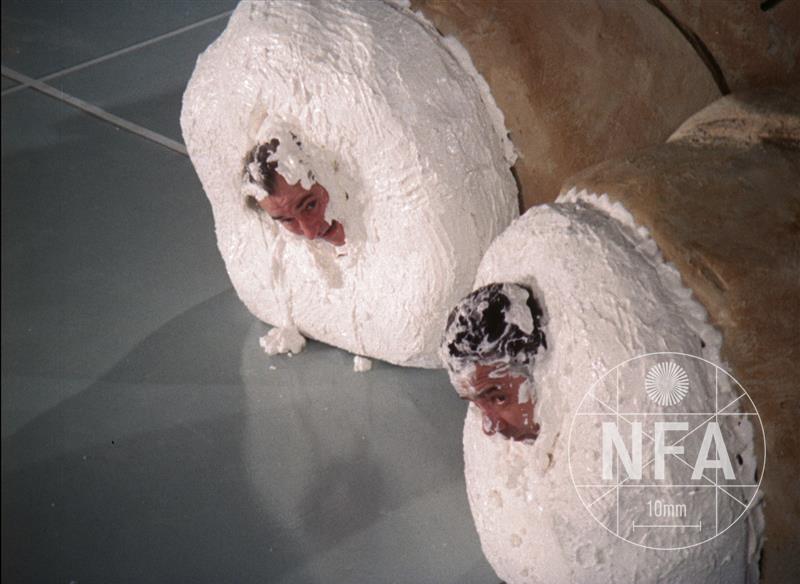