The experienced screenwriter and director Ivo Novák added to the number of films in the 1980s that returned to the era of the First Czechoslovak Republic in a light-hearted fashion. Like Anděl s ďáblem v těle (Angel Devil, 1983) and its sequel Anděl svádí ďbla (Angel Seduces Devil, 1987), Fešák Hubert (Hubert, the Smart Boy) is crowd-pleasing entertainment that relies on the attractive evocation of the “good old days.” The titular protagonist of this film, which was released in the cinemas in 1985, is Hubert Hrabě, known as Fešák (Smart Boy), a Žižkov dandy who is always skirting the edge of the law. Like every likeable rogue, he has a worthy adversary – Police Inspector Mourek, who has long been trying in vain to put him behind bars. However, this defender of justice, who is constantly trying to outsmart his “own” criminal, ends up becoming the victim of his own zeal while hunting forgers that are as good as any in Europe, as Hubert, the smart boy, sets a trap for Mourek. He becomes a popular prototype of a criminal who, in his own peculiar way, punishes injustice on his own “turf.” Hubert’s world is the Prague district of Žižkov and the filmmakers do a wonderful job of recreating this milieu through costumes and locations. Set in the lean years of the Great Depression, the story happily avoids any forced modernisation with its sparkling retro atmosphere. In the style of the American film The Sting (1973) and freely inspired by the Threepenny Opera, Novák and his screenwriter Pavel Hanuš create an old-fashioned idyll in which a dude with Švejk-like qualities must always prevail over a chronically amoral “nobility.” The mainstay of this concept is the man in the title role – Karel Heřmánek, who was then 37 years old (and who appeared in the aforementioned Angel films by Václav Matějka). In the role of Hubert, the much-loved actor created one of his most popular characters. Petr Kostka is a successful foil in the role of Inspector Mourek, and a number of well-known actors and actresses played smaller roles as the distinctive denizens of Žižkov.

The fop Hubert Hrabě nicknamed Adonis, from the Prague downtown lower-class neighborhood of Žižkov, shares a flat with the short mortician Eman Wurm and the hotel Nepraš sleazy doorman, Karel Myšička. He does not work, earning his living in various ways. He has an established "alibi office"; he can gatecrash any wedding as an unknown relative and thus get food and booze for his friends. Inspector Mourek from the police headquarters is after him, but Adonis is very careful. The private detective Špirk asks Hubert to help him follow the philandering young wife of Kropas, the director of the Union Bank. Hubert finds out during the enterprise that Mrs Kropas has become a victim of the moneylender Lón. He punishes Lón in a peculiar way and moreover rips him off at the same time. The vengeful Mourek forces the mortician Eman to report on Adonis, but Eman confesses to Hubert. Mourek casts around two famed counterfeiters wanted all over Europe. Adonis seemingly lets himself be forced by Mourek to collaborate but in fact sets a trap for the unpleasant policeman. He tells him that the counterfeiters can be found in the Žižkov hotel Nepraš. Mourek arrives there with a police escort and indeed arrests two men. It turns out later that one of them is the banker Kropas and the other one is Franz, the valet of Baroness Bramberg, who successfully passes himself off as a schizophrenic. Mourek faces big disgrace. He is punished and transferred as far as to the East of the republic, to the Sub-Carpathian Mukachevo. He wants to catch Adonis before his departure, but fails. Friends transport Adonis in a coffin to a safe place.

The part of the valet Franc was initially assigned to Jiří Sovák. When he withdrew due to illness, the part was taken over by Lubomír Lipský. 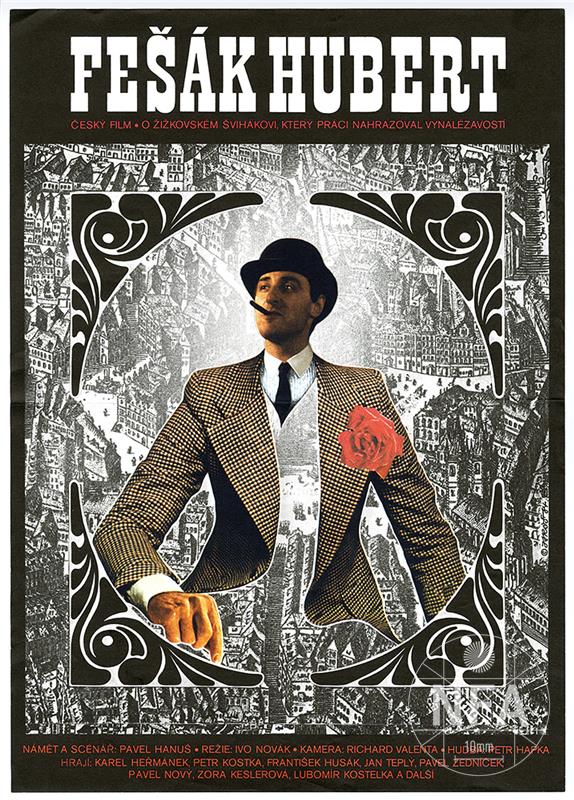 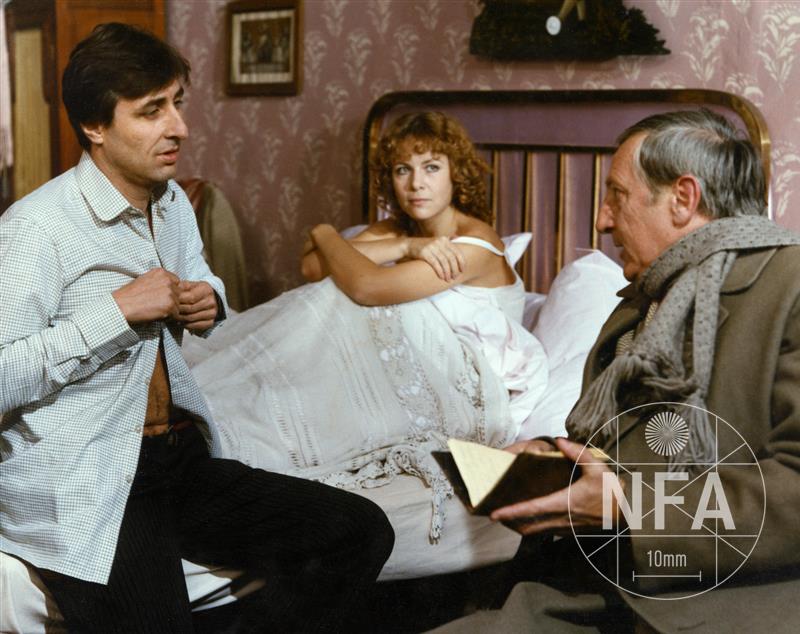 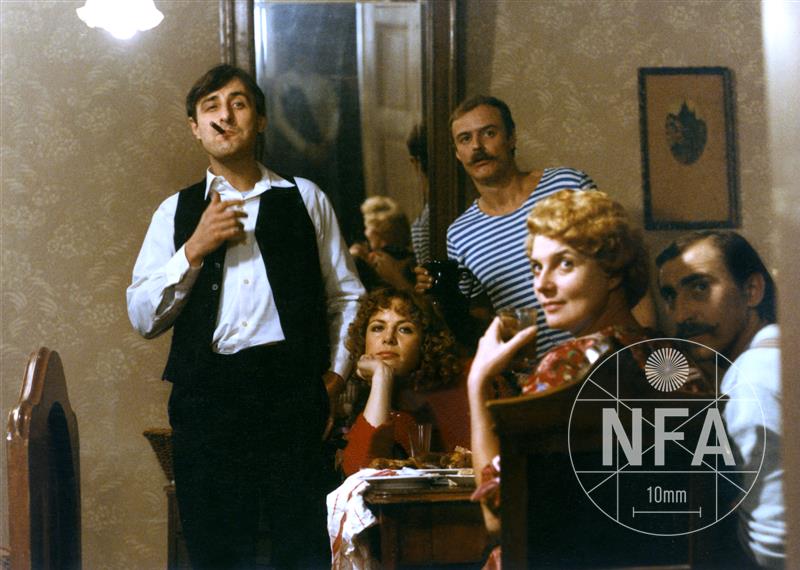 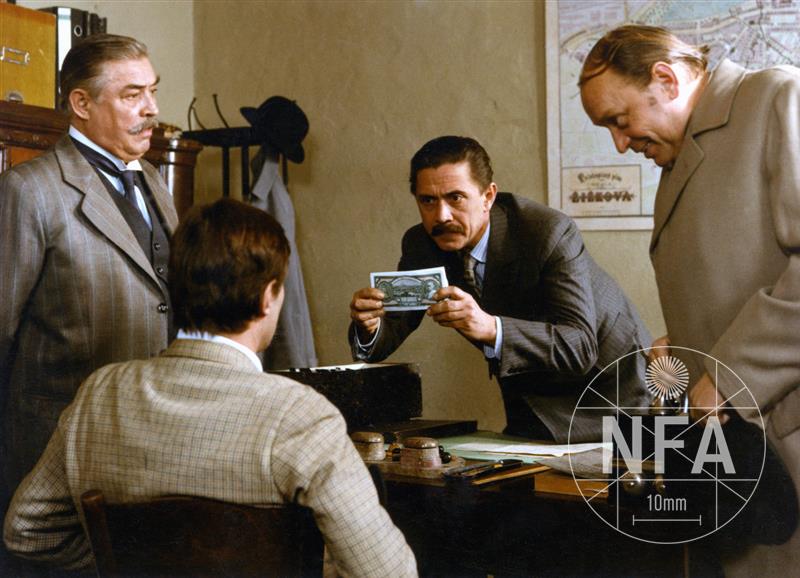