Two students, painter Antonín Strnad and musician Tomáš Křepelka, are banned from Prague because they made fun of the burgomaster. They were looking forward to an inheritance, but Tomáš only received an old tricorn hat from the notary, which, according to the deceased relative, brings success when one wears it while working. The two young men take a journey to a far away little town where a distant relative of Tomáš's, shopkeeper Koliáš, lives. They don't suspect that it was indeed him, a well-known miser and penny pincher, who became the main inheritor. Koliáš was also appointed a custodian of the trust money for his niece Bětuška, but he denies her inheritance and even tries to send the girl into a nunnery against her will. Tomáš is convinced about the "magic power" of the inherited head cover. He had it on his head when he was helping at harvesting and when he was cutting wood for Barnabáš, the pub owner, and each time he got food and lodging for free for the night. Tomáš fell in love with the beautiful Bětuška. Strnad got an idea how they could punish the dull Koliáš. He persuades him that there is a certain Spanish man who is dying and selling his magic hat which, when you put it on your head, means you don't have to pay any bills. Koliáš swallows the bait and becomes the source of laughter for all of his fellow citizens. The two students, together with Bětuška, leave for Prague.

The film was branded as formalist and cosmopolitan during the licensing procedure. It was cut substantially before releasing. 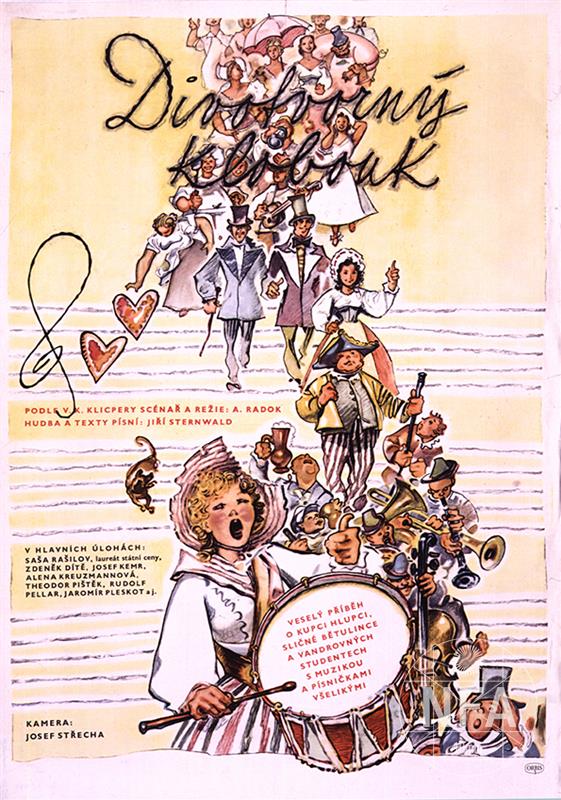