Jaroslav Vrchlický’s stage comedy was first performed in May 1884. The light-hearted love story of a King and his Queen, which takes place in a castle devoted to spiritual contemplation, was first adapted for the silver screen by director Olaf Larus-Racek as a silent film in 1919, and later by František Filip, whose 1965 television drama starred Vladimír Ráž and Jiřina Bohdalová and benefited from pop hits revived with new lyrics. However, neither of the earlier adaptations can hold a candle to the musical film made in 1973 by director Zdeněk Podskalský, full of catchy tunes written by Karel Svoboda. In Podskalský's film, the late Middle Ages become a backdrop to two love stories: the married romance of Emperor Charles IV and his wife Elizabeth of Pomerania, and the burgeoning love of the burgrave’s niece Alena and Pešek, the royal cupbearer. Both ladies violate the King’s edict banning women from entering Karlštejn castle: the Empress comes in secret to be close to her beloved but distant husband; Alena sneaks in disguised as a guard in an attempt to win a bet with her father and marry the man she wants. A duo of meddlesome, nosy guests, the Cypriot king and the Duke of Bavaria, become witness to countless cross-dressing shenanigans. In the end, love triumphs over courtly etiquette. This playful historical comedy stars many famous actors of the time. Vlastimil Brodský and Jana Brejchová play the Emperor and Empress; Daniela Kolářová and Jaromír Hanzlík perform the parts of Alena and Pešek. Jaroslav Marvan plays the burgrave and singer Waldemar Matuška stars as the King of Cyprus. Actors also offer impressive singing performances, with the exception of Jana Brejchová, whose singing part was performed by Helena Vondráčková.

The young queen Eliška Pomořanská (Elizabeth of Pomerania) waits in vain for her husband Emperor Karel IV. (Charles IV) to join a celebration at the Prague Castle. The king is busy with state duties. Eliška at least looks forward to taking a journey with Karel to Karlštejn castle. To her great surprise, she learns that women are banned from Karlštejn. She finally goes to the small castle of Karlík to be closer to her husband. – At Karlštejn, everything is being prepared for the Emperor's arrival. The guests, the Cypriot king Petr and the Bavarian archduke Štěpán, are already there. Neither of the royal guests believes that the ban on female visitors is going to be strictly observed but even they do not suspect that the orders have already been broken. Not just one but two women have already found their way into Karlštejn. One is the Queen Eliška, and the other Alena, the burgrave's niece dressed as a pageboy who has laid a wager with her father that she will spend a night at the castle. Her fathers' blessing for her marriage to the royal tapster Pešek is to be her reward should she succeed. The archbishop Arnošt of Pardubice soon discovers Eliška is in the castle. To keep her presence secret, the queen appears in disguise as a night guard in the anteroom to the royal chamber. King Petr almost discovers her there, and the Emperor recognizes her beyond any doubt, but he gives no hint of it and after learning about the other girl he orders a search. Pešek tells the burgrave that Alena is in the castle. While everybody is searching for the two intruders, Arnošt confesses everything to the Emperor. The Emperor calls off the search. Alena must leave the castle without delay. In the resulting confusion, Arnošt leads Eliška out of the castle unnoticed and immediately afterwards announces her arrival. The Emperor welcomes her at the castle, which will from now on belong equally to her. 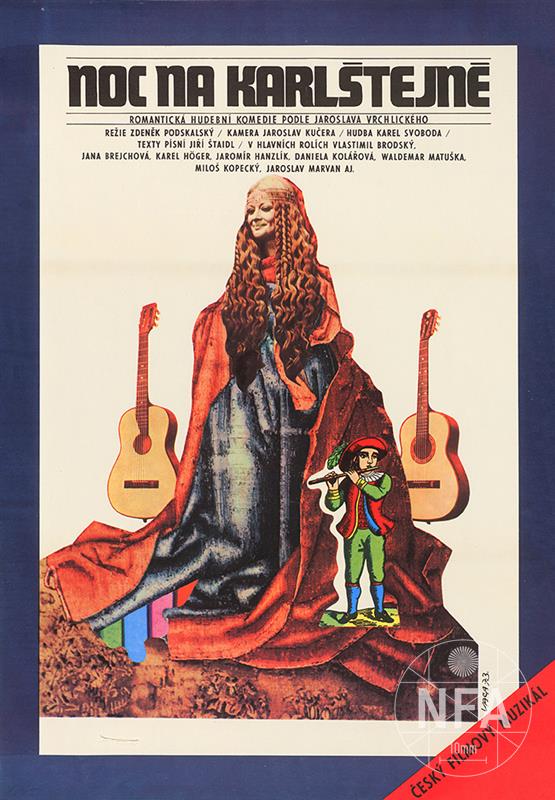 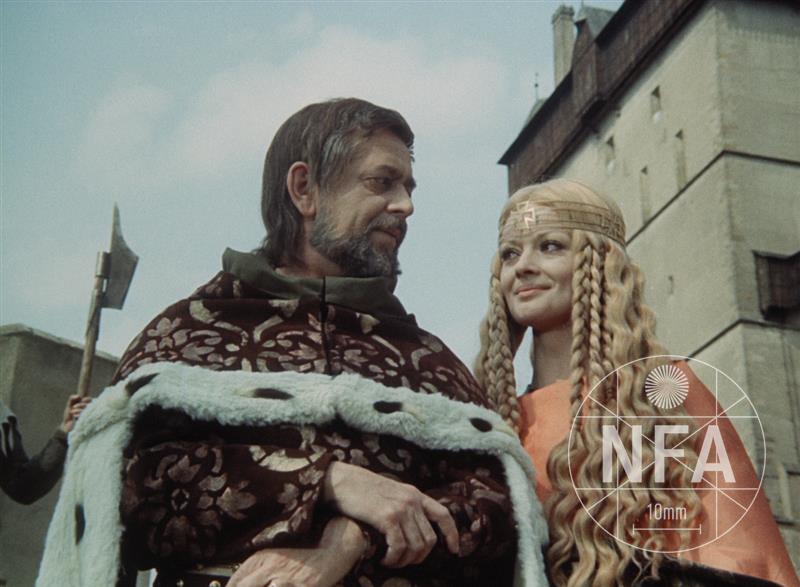 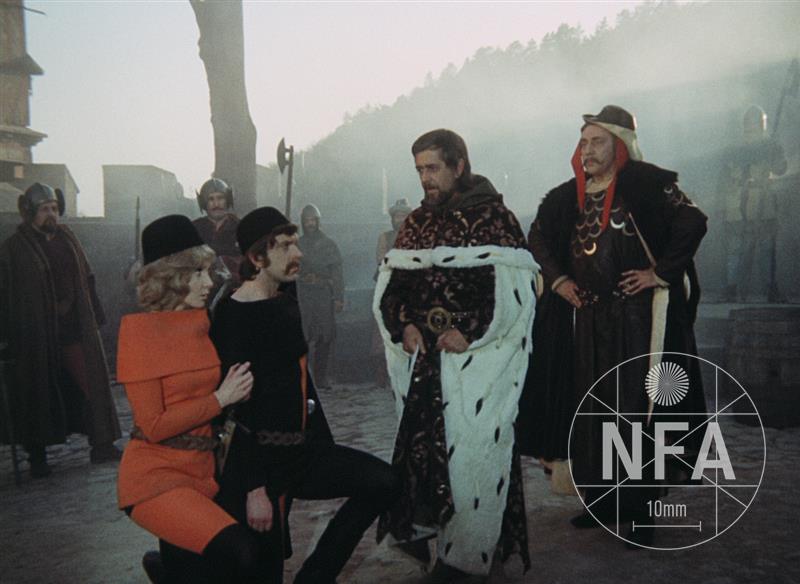 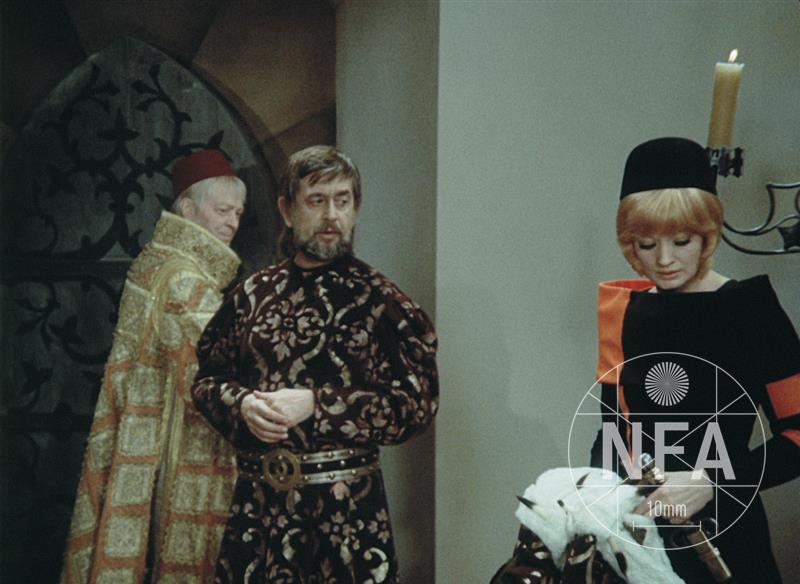