The “Wine Trilogy” by director Václav Vorlíček and screenwriter Miloš Macourek represents a distinctive chapter in the experienced duo’s filmography – even when it comes to the cinematography of the entire “normalisation” period. The 1981 comedies Bouřlivé víno (Wine Working) and Zralé víno (Mature Wine), along with Mladé víno (Young Wine, 1986), represent an attempt at systematically evaluating mistakes of the nation’s recent past as well as more present missteps along the road to building a new socialist state. While there is an endeavour within the trilogy to address then current affairs, Bouřlivé víno takes place in 1968, the “sensitive” year of the Warsaw Pact invasion. The protagonist, Janák, chairman of a collective farm in the fictional Southern Moravian village of Pálavice, encounters resistance from avaricious winemakers who are secretly trying to return to capitalism through private enterprise. The appeal of the picture, a true tribute to the canons of “normalisation” cinematography, is greatly enhanced by the cast, with Vladimír Menšík in the lead role.

It is the summer of 1968 and also in South Moravian Pálavice appear political clashes. The so far peacefully farming Unified farmers'cooperative starts splitting. Houkal and Kvasnička with other farmers have found the cooperative called Vidrupa and want to deal with wine in private trade. Michal Janák, chairman of the farmers' cooperative is a deliberate man and refuses the latent return to the capitalism. As an excellent farmer he contines preparing planting out new vineyards. His adversaries do not agree - the returns will come many years later. Jožka Hrdlička, an émigré, notices on the Austrian TV the interview with the representatives of Vidrupa and decides to visit his native village. The new suit and the hired car transform the bankrupt and criminal to the succesful businessman with wine. Kvasnička and Houkal, fascinated by the wordly man, who allegedly looks for a bride in his homeland, haste to force their commissions, daughters and secret western currency savings to Jožka. The lonely Michal Janák, living only with his little son Karlík and father, enticed away young Kvasnička's charming agronomist Catherine. The noisy meeting, which is to throw down chairman Janák, is shown on the TV record very misrepresented and thus many cooperators gradually learn the truth. Michal and Catherine buy in Vienna new plants and with the visiting card of Hrdlička they look for this succesful fellow-countryman. In the almost desolate house for paupers they get to know that he is an impostor. They return home to warn the countrymen. But Hrdlička manages to run away with money and Houkal's car. At the new meeting, Vidrupa and its utilitarian leaders are ridiculed and refused. 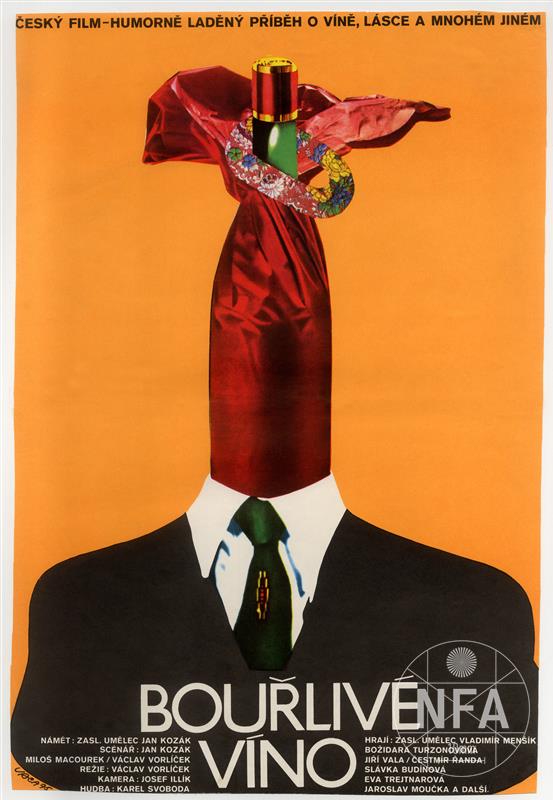