As a screenwriting duo, Ladislav Smoljak and Zdeněk Svěrák succeeded in the 1970s with the comedies Jáchyme, hoď ho do stroje! (Joachim, Put Him into the Machine!, 1974), Na samotě u lesa (A Cottage Near the Woods, 1976) and „Marečku, podejte mi pero!“ (“Mareček, Please Pass Me a Pen!”, 1976). Smoljak’s directing debut could be said to have come with Kulový blesk (Ball-Lighting, 1978), but the experienced Zdeněk Podskalský collaborated in directing this picture –about the biggest operation in the history of removals – so the excellent bittersweet comedy Vrchní prchni! (Waiter, Scarper!, 1980), based on Svěrák’s screenplay, amounts to Smoljak’s true debut in 1980. That same year, Trhák (Blockbuster) was created. It turned out to be the feature film which marked both the peak and the end of the collaboration between the seasoned screenwriters and director Podskalský. A crazy musical comedy, Trhák enriched the popular concept of “a film about making a film” with idiosyncratic parody. The approach was very much transferred from the stage to the screen by Smoljak and Zdeněk Svěrák, the leading personalities of the Jára Cimrman Theatre. But the opportunity to deploy in the film – a Barrandov film studios production – some of the gags it was not possible to perform in the more modest surroundings of the theatre, sometimes led the screenwriters to acts that served no real, useful purpose. So Trhák goes down as a typical example of a cinema production at the cusp of the 1980s, which, due to the more relaxed wider environment, allowed its creators to conduct experiments with the “entertaining” genres. At the same time, however, the feature lampoons the efforts made to create such a film entertainment. The narrative turns to screenwriter Jíša (Svěrák), who is terrified that his first dramatic text – a serious immersion into the issues of a contemporary village – will be cinematised as a spectacular musical performance. The “blockbuster” demands not only singers and dancers, but also the honey dolls, the snakes and the pyrotechnics of Ticháček, who must underscore the finale with a superlative explosion. Director Sváťa Kohoutek (Smoljak) makes it clear that he has serious issues with this demanding production. The screenplay has to be changed in the middle of the film shoot. Jíša, who hoped he would be able to prevent the destruction of his original work, has already been drawn into the project. The audience watches as he follows Kohoutek’s style while making the adjustments… In this tale of a crazy movie, totally out of joint, Hana Zagorová stars as the teacher Eliška, Josef Abrhám as Ticháček and Petr Čepek as producer Šus.

In the film studios of Barrandov a screenwriter Jíša finds out that his screenplay - a serious study of a current village life - will be made as a big music show, a "blockbuster". They chose a village of Lipnice as a scene of the "blockbuster". There are actors and singers, dancers and studio staff coming there. There comes also a fire worker Ticháček who prepares a final show based on firing of explosives. Jíša appears hoping that he will be able to step in the film making. The film being made consists of several stories linked up by songs and dances. The work is getting prolonged and more expensive, nevertheless the end is approaching. The film director, however, causes an untimely explosion and thus cameras do not take it. As it is impossible to repeat the explosion due to financial costs, it is necessary to remake certain shots. It gives opportunity to Jíša, as he has to rewrite certain scenes and add others. Finally the film is ready; in a summer open-air-theatre there is a festival first night. The film seems to foresee its success. It is starting to rain; big wind tears the screen. A script assistant excitedly cries out that even the wind confirms it is a blockbuster, spectators leave. 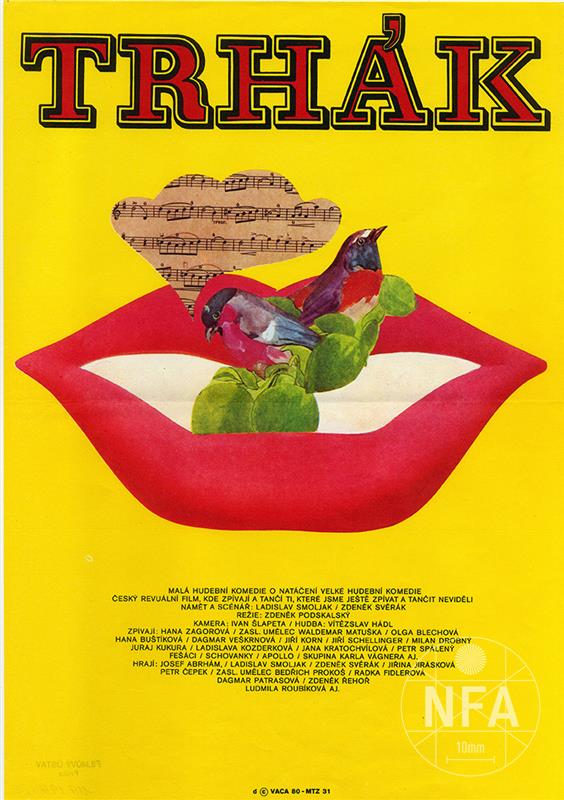 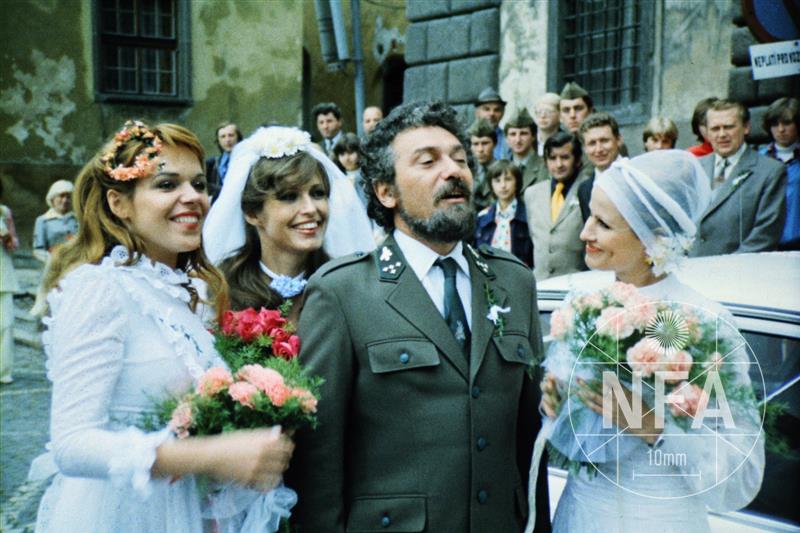 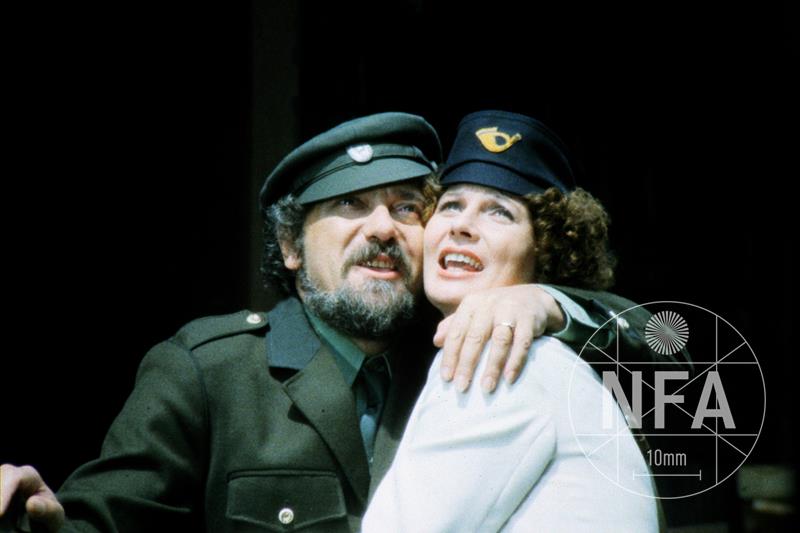 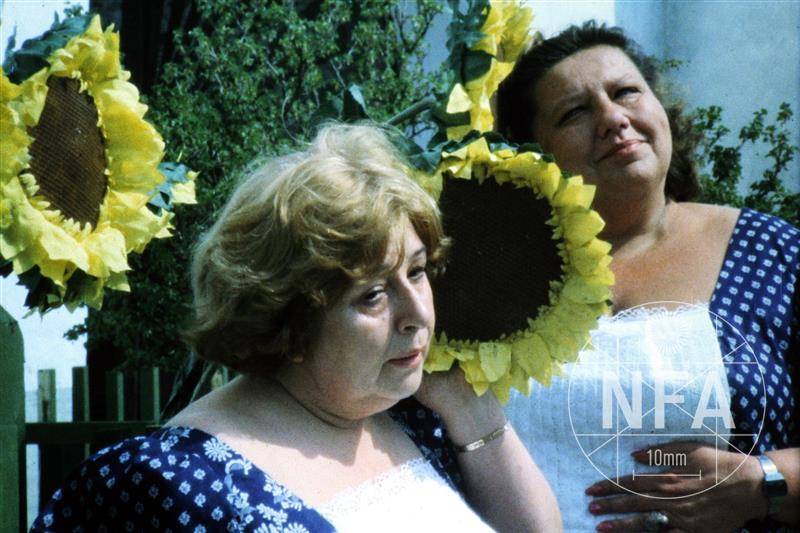