Five years after the popular success of the erotic period comedy Anděl s ďáblem v těle (Angel Devil, 1983), director Václav Matějka made a sequel, whose story takes place just one year after the events of the first instalment. The 1930s have just begun and the upscale Riviéra brothel is prospering under its new owner, Renáta. The former boss, Gábi, known as Madam, has been relegated to the post of a mere manager and she decides to concoct a sophisticated revenge. Her main instrument in this venture is the charming womanising swindler Voženílek, who seduces the self-confident Renáta, thereby compromising her in the eyes of her rich, jealous husband. Madam, however, does not count on the fact that Voženílek is pursuing his own agenda and that not even murder will stand in his way… Thanks to its crime-based plot, Anděl svádí ďábla (Angel Seduces Devil) moves away from light entertainment toward a rather more “serious” spectacle anchored in the milieu of the 1930s. Despite this, however, it primarily offers an attractive diversion calculated to meet the basic needs of the widest possible audience. The no-holds-barred battle for power between two attractive women is set against the backdrop of the First Czechoslovak Republic using period details in a fashionable retro style. Once again there is no lack of musical numbers with a popular cast headed by Zdena Studénková (Renáta) and Božidara Turzonovová (Gábi). Josef Nedorost successfully complements his Slovak peers in the role of the professional seducer as does Dagmar Veškrnová as the salacious prostitute, Truda. This time, the story is based on the idea of “the end of the good old days,” in which Renáta’s ruthless predatory “her or me” approach wins out over an erstwhile semi-legal hedonism. The film’s finale lays the groundwork for another planned sequel, but this was never made.

The clientele of an exclusive night club in the château Riviera are businessmen, financial jet-setters and members of government, alongside various dubious types. The dancer and singer Artur presents the new stars of the programme. The previous Riviera owner nicknamed Madam - now solely a director of the place - must regularly report to her former employee Renáta, for whom the club was bought by her husband, the banker Justic. Renáta, once known as Angel, renovates the Riviera and the girls must undergo professional training. The Madam has a new lover, the charming engineer Roth. She wants take revenge on the hated Renáta, and asks chief constable Halík to give her a tip for an apt marriage impostor who would compromise Angel before her jealous husband Justic. She also recognizes Roth as Jaroslav Voenílek - the nephew of the former Riviera accountant Douová. She forgives him his deceit and arranges his meeting with Renáta in the role of Baron André Slawický. Renáta soon yields to the seduction, having no idea that she is being photographed by a police agent as she makes love to André. The photos are delivered to Justic - which means divorce. Jaroslav fulfilled his task, but the Madam deducts the expenses of the undertaking from the promised reward, which results in a quarrel. The Madam wants to rent Riviera back from Justic, but the place has already been purchased by Douová who fires her. Renáta once again becomes a dancer - the Salvation Angel for guests who lose at roulette. Voenílek revenges himself on the Madam by murdering her and staging everything as a suicide. The Riviera is bustling again. When the party is at its height, Halík brings over Zoulová, a former victim of the trickster Voenílek, and arrests him after a successful identification. 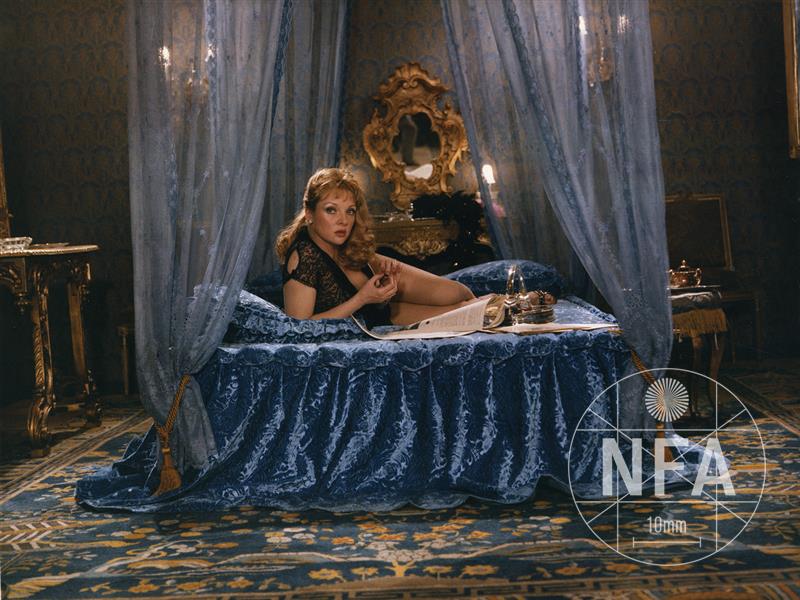 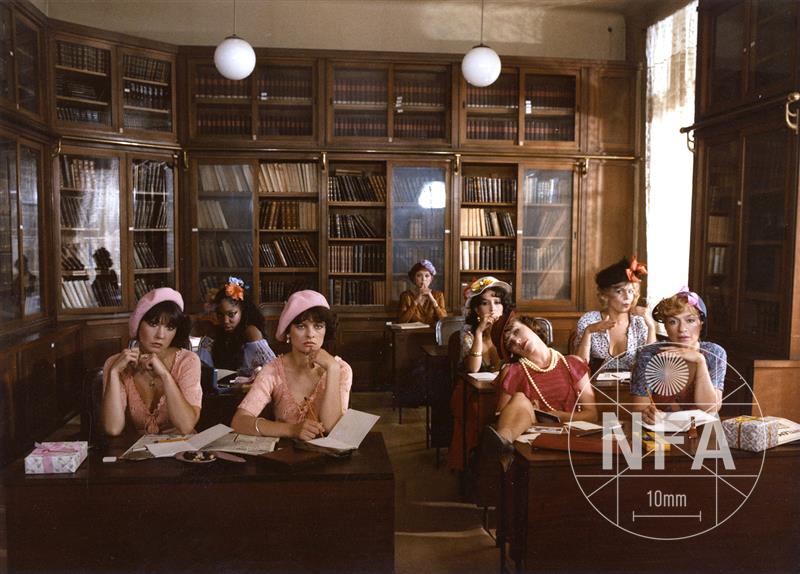 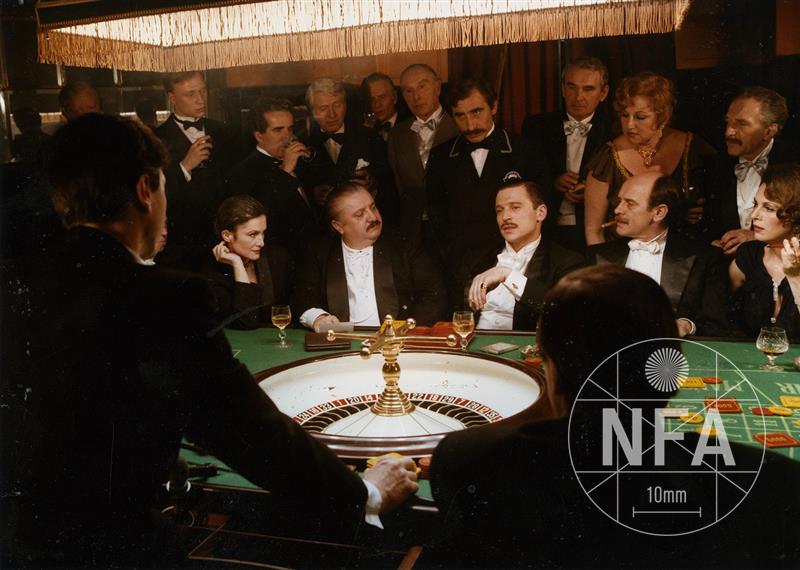 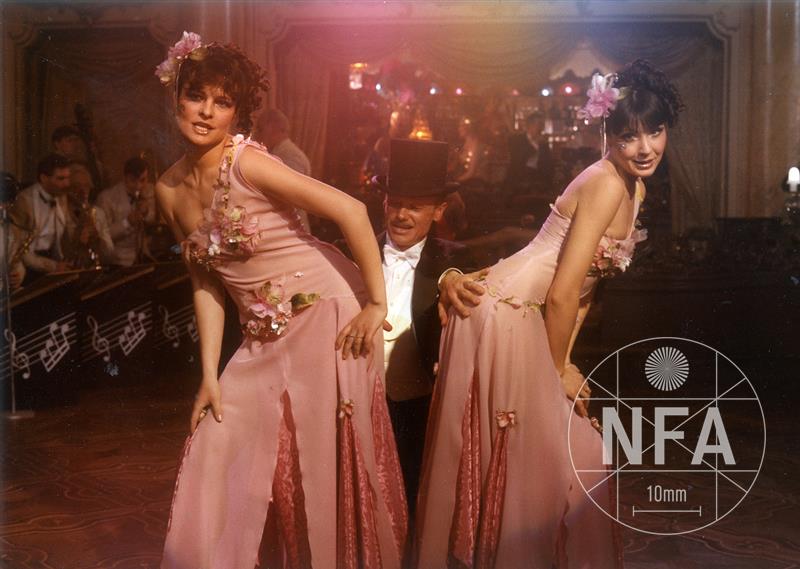 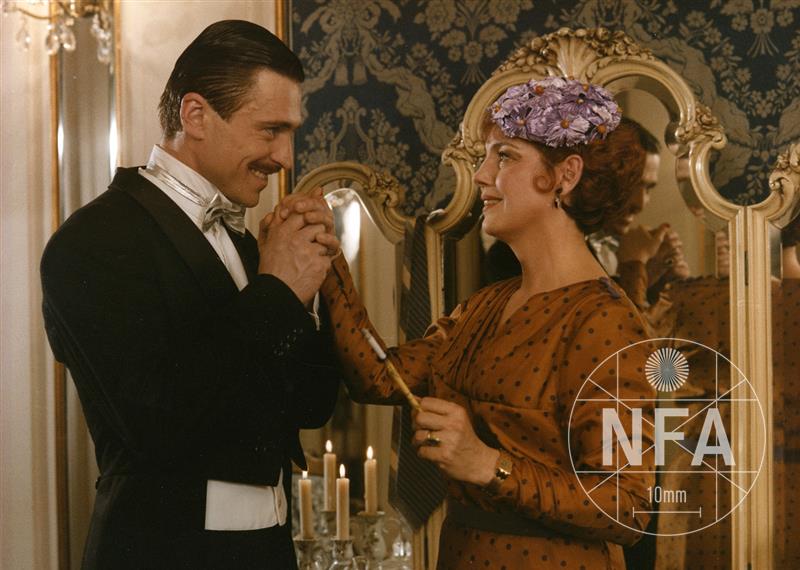