This 1970 sci-fi comedy is remembered as one of the timeless works of the creative duo Václav Vorlíček and Miloš Macourek, the screenwriter and director, respectively. Unlike with the other films made by this pair, the narration takes place in a strictly fictional setting – a central European kingdom under the reign of the enlightened King Rosebud IV. The intricate plot draws on astonishing local advances in the field of transplantation. The ability to transfer a brain into an arbitrary living or artificial body fulfils the incredible prophecy of the astrologist Stuart Hample. Stuart has bizarrely foreseen the following sequence of events: he will be killed, he will be subsequently “saved” by his friend Bob, he will become a widow and then he will marry beautiful actress Molly. Well, the stars never lie and the almighty Professor Somr succeeds in transplanting (by mistake, of course) Stuart’s brain into an artificial double of the popular actress Keletti modelled from a piece of veal... This crazy comedy fuelled by absurd black humour makes use of many of the motifs that Vorlíček and Macourek would turn to in many variations in their later works. The most effective yet undemanding subject matter is the swapping of bodies; the comical effect is achieved by simply overdubbing one actor with another. Unlike Což takhle dát si špenát (How About a Plate of Spinach?, 1977), Rumburak (Rumburak, 1984) or the TV series Arabela (Arabela, 1979), „Pane, vy jste vdova!“ (You Are a Widow, Sir) offers a dynamic and balanced composition cemented by the character of the “immortal” Stuart Hample, compellingly portrayed by Jiří Hrzán. Other bizarre characters in the feature come to life thanks to excellent, greatly typecast actors – the vigorous Keletti portrayed by Iva Janžurová, the good-natured cook Bob played by Jan Libíček and the beautiful Molly embodied by Olga Schoberová. Helena Růžičková, in the role of the merrily insane murderer Fany Stub, is also one of the unforgettable characters.

King Rosebud IV welcomes the neighbouring King Oscar XV at the airport. When Bobo, the commander of the troop of honour, gives the command "Present Arms!", he by unfortunate accident chops off Oscar's arm with his sword. Rosebud fires Bobo and announces the disbanding of the army. The generals are not favour of that by any means, and thus begin to plot the King's assassination. Bobo seeks comfort with his friend, astrologer Hample, and on that occasion also wants to know the truth about his future. The study in the astrological maps thoroughly surprises both men. Hample would be killed but Bobo will save his life, then the astrologer will become a widow, will marry the actress Molly whom she loves and at the same time will marry Molly's future husband, officer Steiner. The stars do not lie and the fates of Bobo and Hample are gradually fullfilled. The astrologer saves King Rosebud from assassination and the generals therefore liquidate him. His brain is provided to Professor Somr who implants it into his creation, an artificial being reminiscent of the actress Kelettiová. Hample as Kelettiová and Bobo then face various stratagems of the generals who, in order to remove the King, use a time bomb, the scientific results of Professor Somr and the murderous appetites of sadistic Mrs Stubová. And when Steiner, already Molly's husband, loses his life, Somr implants Hample's brain into his head and the beautiful Molly now belongs to the astrologer. The stars, indeed, do not lie. 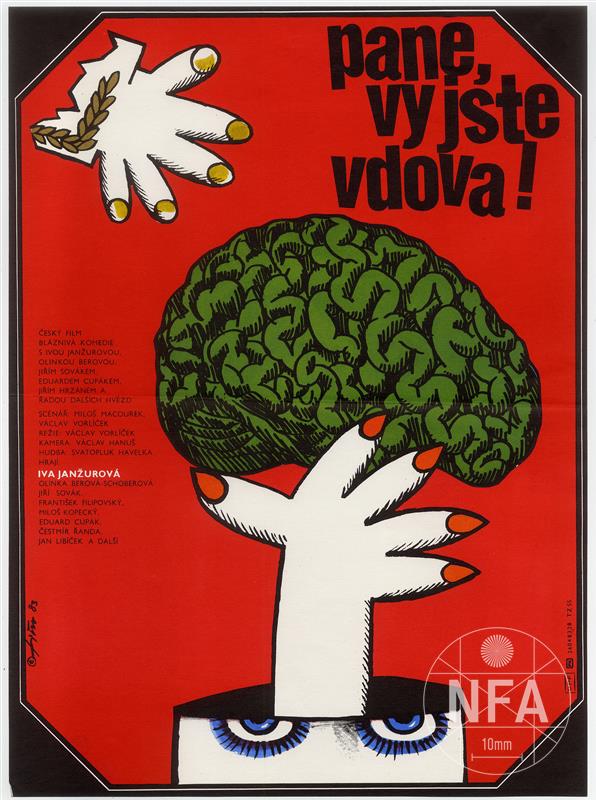