The postman Brabec is known for his sense of humour and is a welcome guest at the music-hall to whose director Holt he brings daily letters from female admirers. His fans include Brabec's sister Anna who would like to perform in the theatre but works instead as a chamber maid for the actress Veldenová. A new number is being rehearsed at the music-hall but the name of the author is kept secret. Veldenová turns down her role just before opening night as it does not appeal to her. Brabec, always at the ready, presents his sister to the director; she has learned all the roles by heart. Anna is accepted for the role but they have to get the consent of the author. Brabec discovers that the man in question is the post minister who had attended a postmen's party. He had seen his sister's voluntary performance and liked the way she acted her part. Anna easily gets the role but her brother has to face other complications. Most of the staff leave the theatre at the crucial moment. Brabec, always prepared, fills all the vacant positions with his postmen friends. The performance enjoys great success and everyone is satisfied with the outcome.

During the dance number the director used shots of the bottom half of Scherrier, a famous dancer from that time. 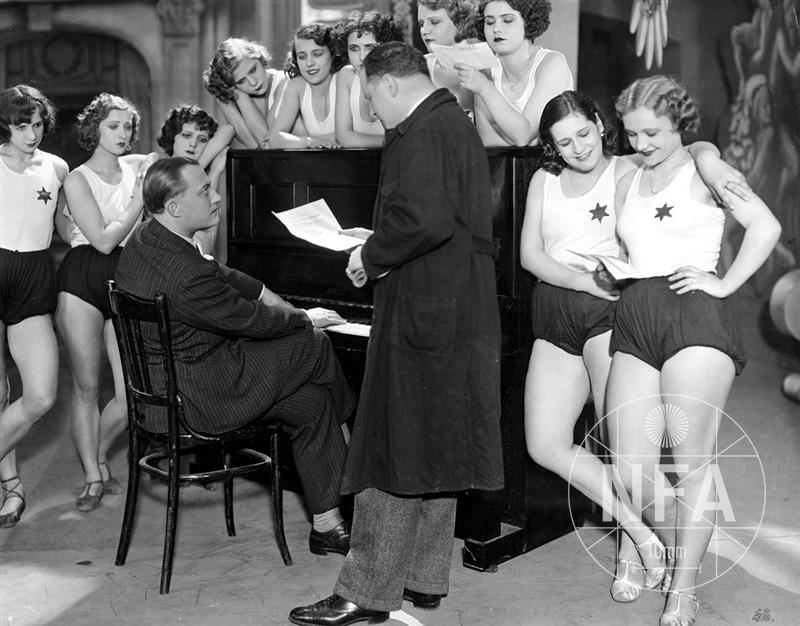