This adaptation of a 1967 novel by Ladislav Fuks is regarded as one of director Juraj Herz’s greatest films. The dark and absurdist story, which utilises elements of the psychologically grotesque, represents one of many 1960s works by author Fuks that deal with issues of Jewish identity and alienation in a brutal world. These also include Pan Theodor Mundstock (Mr. Theodore Mundstock); Variace pro temnou strunu (Variations for a Dark String); and Myši Natálie Mooshabrové (The Mice of Natalia Mooshabr). The protagonist in Spalovač mrtvol (The Cremator, 1969) is 1930s crematorium worker Karel Kopfrkingl, who loves his work and family – in fact, he loves them so much, that he decides to kill his wife and two children in a loving and professional way, since under the new Nazi ideology, Kopfrkingl’s mother-in-law, who is of “non-Aryan” origins, and the entire “miserable” family, have no right to exist. Kopfrkingl denounces his friends and colleagues to the Gestapo and takes part in a campaign against the Jews. The kind-hearted and dutiful man is being transformed into a psychopathic murderer by the ascendant ideology of Nazism – and paradoxically, by an essentially peaceful, though misappropriated Buddhist philosophy… The outstanding qualities of the film are largely down to the performance of the man cast to portray Kopfrkingl, Rudolf Hrušínský. In one of his greatest roles, Hrušínský masterfully plays an ordinary man, inconspicuously transforming into a psychopathic monster. Vlasta Chramostová plays Karel’s wife, in one of her final on-screen roles – she was later blacklisted by the communist authorities for signing the Charter 77 initiative… The film’s mix of black comedy and its vivid evocation of German expressionism makes The Cremator one of the most important films of the Czechoslovak New Wave. Cinematographer Stanislav Milota – who closely collaborated with the 40-year-old Herz in staging the film – also makes a great contribution to the motion picture's aesthetic; the elegant black and white photography representing one of Milota’s greatest efforts. The film suffered a somewhat dramatic fate: it was entered into contention for the Academy Awards, but failed to be short-listed. Almost immediately after its March 1969 premiere, the film was banned from Czechoslovak cinemas. It was only re-released in August 1990.

Prague at the end of the nineteen-thirties. Mr Kopfrkingl works in a crematorium. He is happily married and has two children - Zina and Milivoj. He looks after his family carefully and is conscientious in his job. He has a number of friends in the Society of Friends of Cremation and meets them at evening parties. One of them is the fascist Walter Reinke, who publicly rejoices at the annexation of Austria to the Greater German Reich. He tries to persuade Kopfrkingl that he too has German blood in his veins, and Walter's Nazi propaganda begins to make an impression on a man whose psychological state is affected by the constant presence of death in his life. Kopfrkingl becomes a member of the Nazi party, takes an active part in persecuting Jews and informs on his colleagues and friends to the Gestapo. One day Walter reminds him that his mother-in-law had been of non-Aryan origin and this could present an obstacle to Kopfrkingl's future career. Kopfrkingl therefore hangs his wife, with perverted tenderness. When Walter points out that his children also have Jewish blood, he resolves to kill them as well. He brutally slaughters Milivoj, but Zina manages to escape. Thus purefied, Koprfingl accepts an opportunity to join in preparations for mass cremations. He believes that in this way he will contribute to the salvation of the world. 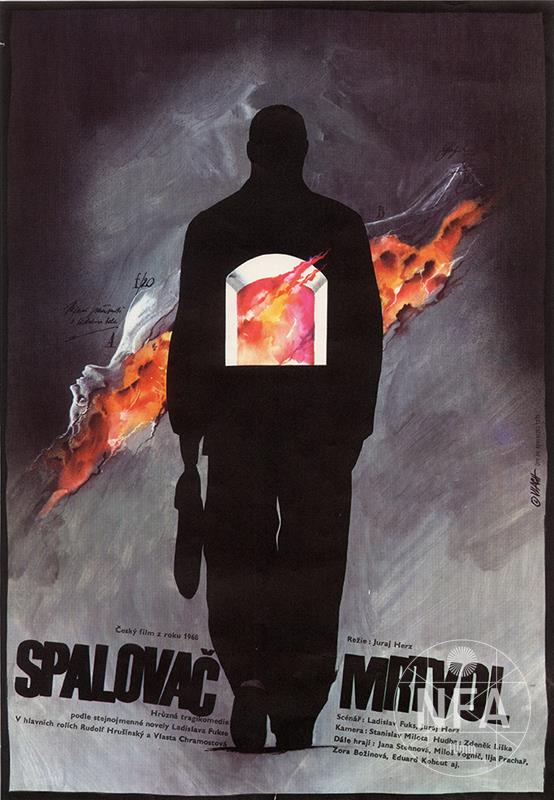 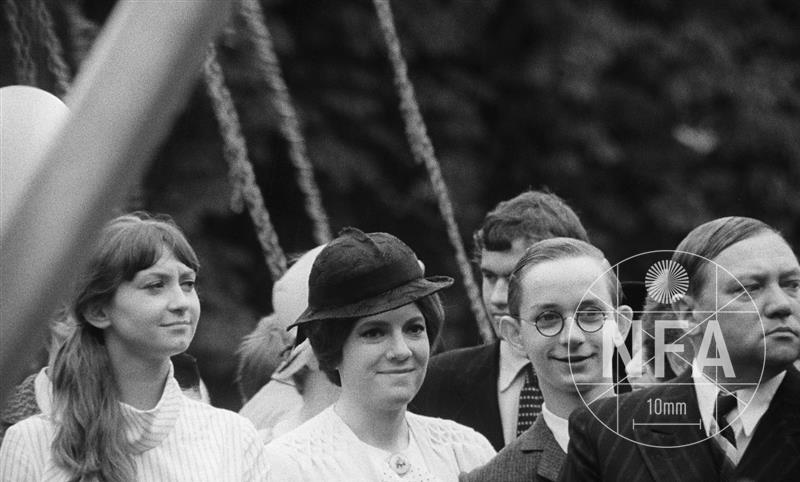 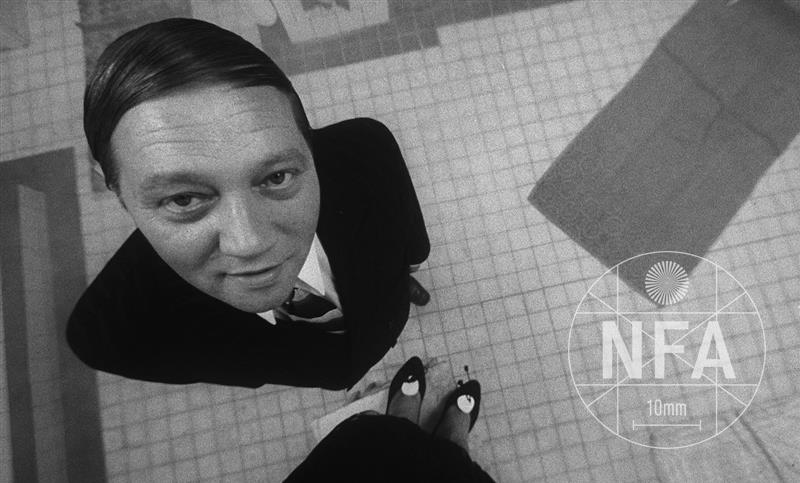 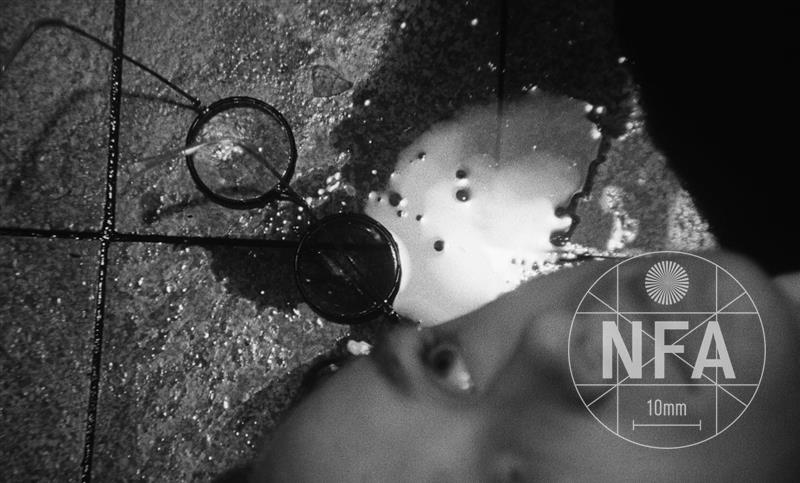 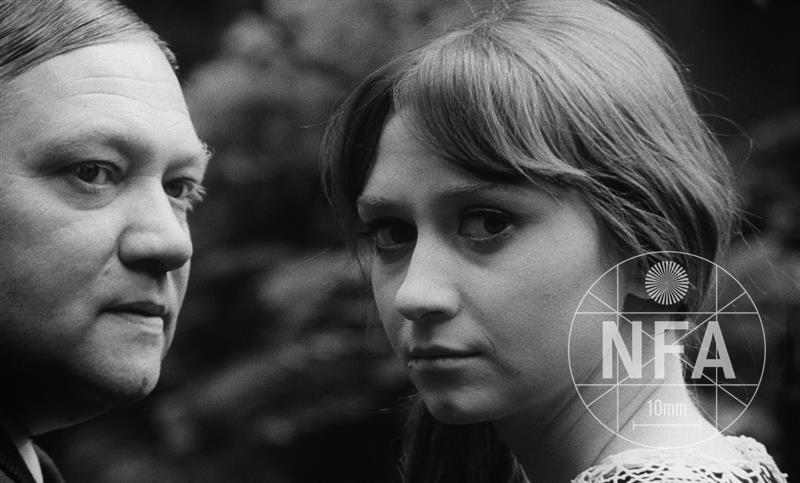 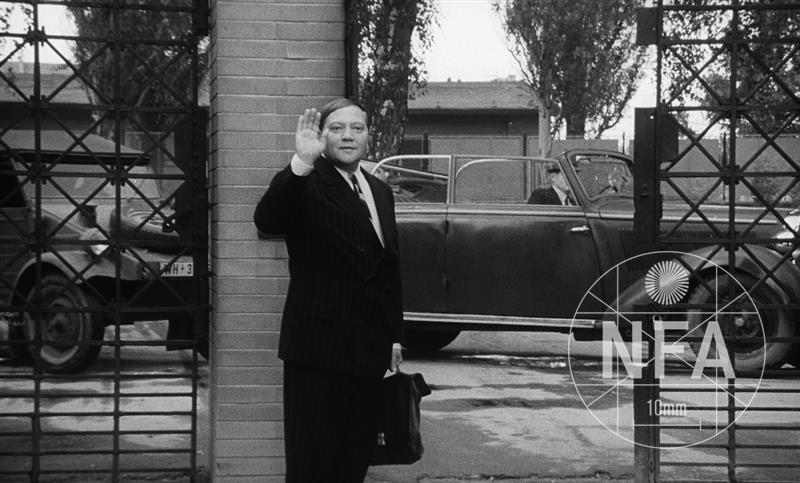