This 1971 drama, filmed on the occasion of the 50th anniversary of the founding of the Communist Party of Czechoslovakia (KSČ), was directed by seasoned filmmaker Vladimír Čech. One of the early films of the post-1968 “normalisation” period, it takes place shortly after the assassination of Nazi Reich-Protector Reinhard Heydrich after which the Gestapo arrested, among others, the chairman of the illegal KSČ central committee, Jan Zika (1902–1942). The brave communist is subjected to torture by Gestapo officer Friedrich. Zika does not crack and does not reveal his identity – and Friedrich fails to grasp the importance of a key found on the prisoner that would have been a clue to the whereabouts of other resistance fighters… The main protagonist of this tale of unyielding belief in one’s ideals is depicted in an iconic manner by František Vicena. The Nazi sadist, Friedrich, is portrayed by German actor Wilhelm Koch-Hooge. He also appeared in other Czech films such as Zbabělec (The Coward, 1961) directed by Jiří Weiss, Dušan Klein’s Lekce (Lesson, 1971) and Otakar Vávra’s Dny zrady (Days of Betrayal, 1973).

The story takes place in May 1942, shortly after the assassination on the Acting Reichsprotektor of Bohemia und Moravia Reinhard Heydrich, the most tragic period for the Czech nation. The Martial Law enables the German invaders to execute any suspicious person, often with all his family. Night Prague is being watched by heavily armed patrols, searching one house after another. Jan Zika, a member of the illegal Communist Party Committee and an active member of the Czech resistance groups, stays with the Preisler's family. He tries to escape from their flat on the third floor, roping down the window. Unfortunately, the rope pulls apart and the man, seriously injured, is arrested. Friedrich, a Gestapo inspector has been investigating his identity, but Zika keeps silence, despite a big pain he suffers. The Preislers' also resist a cruel interrogation, and are executed upon a short trial. A German surgeon operates Zika, although he knows that he can only save his life for a couple of hours. Dying Zika recalls the feverish memories of his wife and child, who are safe in Moscow, where he had been before the war. Friedrich hopes to find the resistance fighters with the help of a key he had found at Zika. Gestapo is trying hard to find the right door, using hundreds copies of the key, but all in vain. Zika's allies managed to change the key of the illegal shelter in time. The fellow prisoners, passing by Zika's stretcher, do not reveal his identity, despite being promised freedom by the Nazis. Zika is one of those who laid their lives for their home country freedom.

The movie was filmed at the 50th anniversary of the foundation of the Communist Party of Czechoslovakia. 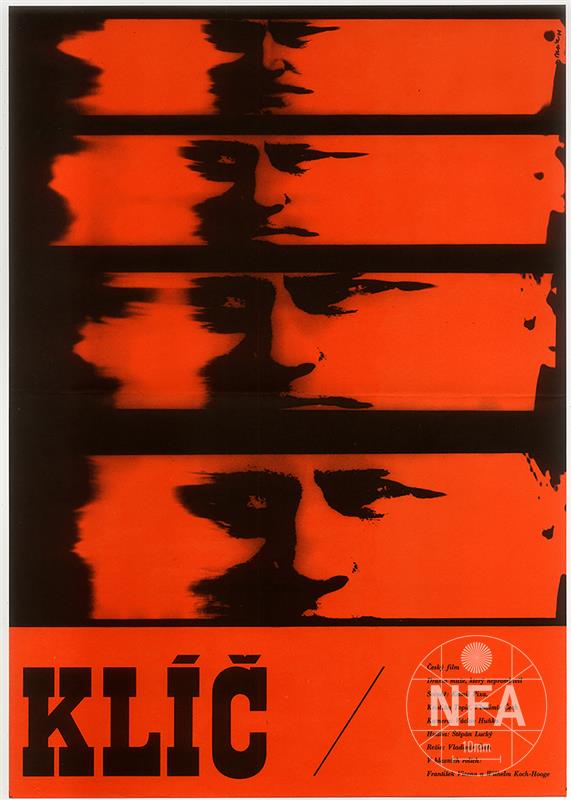