Television series Arabela (Arabella, 1979) gave rise to the popular fairytale fiend Rumburak, who in 1984 was afforded his very own feature film. In this comedy fairytale – from the makers of the TV series, namely director Václav Vorlíček and writer Miloš Macourek – the malevolent and inept second-rate wizard finds himself stuck in our modern-day world. For he has forgotten the spell that would return him to his own fairytale land. The lead character’s cheerless half-life in the form of a crow (by night he attains human form) ends when Rumburak is offered a job as a night watchman in a research institute. There, our fairytale wizard gains access to a magical instrument of our age – a computer. Rumburak uses the device to try and generate the forgotten spell. But Rumburak has a competitor, the wicked engineer Zachariáš, who tries (like the wizard) to woo the kind-hearted figure-skater Helenka. In this story, Helenka serves as the new “princess” substituting the real Princess Arabela, whom Rumburak pursued in the television series. But expectations that the wizard will fall under the positive influence of Helenka, and henceforth only do good, turn out to be misguided: Vorlíček and Macourek restore the character’s malevolent nature as seen in the TV series Arabela, or more precisely in the 1993 follow-up television series Rumburak králem Říše pohádek (Rumburak, King of the World of Fairytales, 1993). The protagonist of this beloved series of children’s tales is one of actor Jiří Lábus’s most iconic roles, and enabled him to team up with long-serving comedic partner Oldřich Kaiser (who plays Zachariáš, the enemy of animals). Nimble ice-skater Helenka is played by Eva Jeníčková. Jiří Lábus also appeared in a different Vorlíček film mixing reality and the fairytale world, namely Saxána a Lexikon kouzel (Little Witch on a Broomstick, 2011), a loose sequel to the classic fantasy comedy Dívka na koštěti (The Girl on the Broom, 1971).

A second-category wizard, Rumburak, originating from a fairy-tale realm, gets stuck in the human world because he forgot the magic formula which would return him home. He flies this way and that as a rook during the day and turns into a man at night. He lives with a female rook, Otýlia, in the tower of St Nicholas church in Prague. He is not doing really well. He has only one joy: watching a pretty figure skater, Helenka Trojanová, at an ice-rink every morning. The girl gets used to the bird and comes to call him Ferda. But Ferda has an enemy - an engineer called Zachariá who tries to shoot him and finally hits him one day. The injured bird is taken care of by the nine-year old Vilík Trojan and his father, chairman of the Association for Wildlife Protection. Ferda turns into a human, puts on Trojan's suit and steals a fur coat from Zachariá who is just visiting the Trojans because he is wooing Helenka. On the street, Rumburak is run down by the car of a research institute's director, Knotek, who later employs him as a night warden. The wizard discovers a computer in the research institute and begins to manipulate it in his search for the lost magic formula. His movements cause numerous confusions. These are, moreover, multiplied by Zachariá who does discover the magic formula which helps him turn people into birds and other animals. He also enchants Trojan. A colleague forces Zachariá to straighten out everything, which subsequently really happens. Only Zachariá is punished, being enchanted into a rook by the computer. The former wizard Rumburak works on the computer with Helenka and has great results. Helenka excells in figure skating, especially because she is daily watched by the rook Ferda - the enchanted Zachariá.

The movie follows up on the TV series Arabela. Simultaneously with Rumburak, the two-sequel TV version of the movie, entitled Life on a Tower and Computer Sorcery, was filmed. 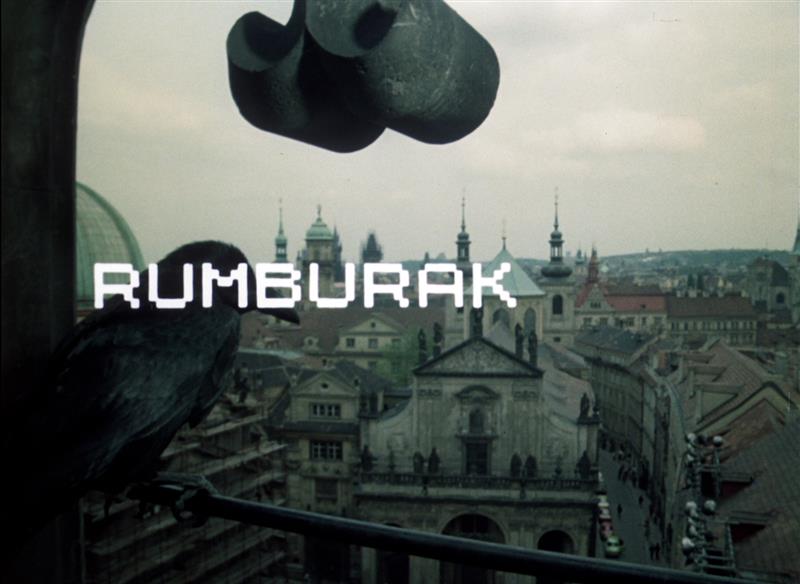 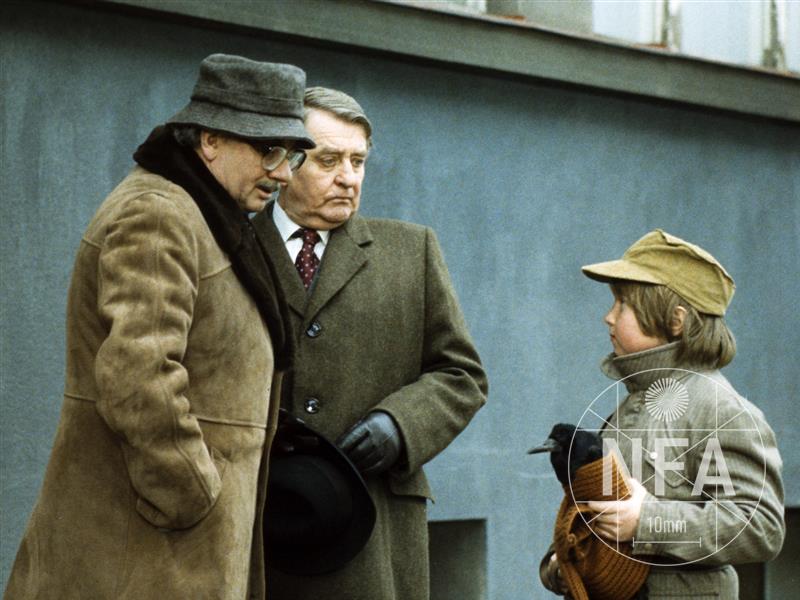 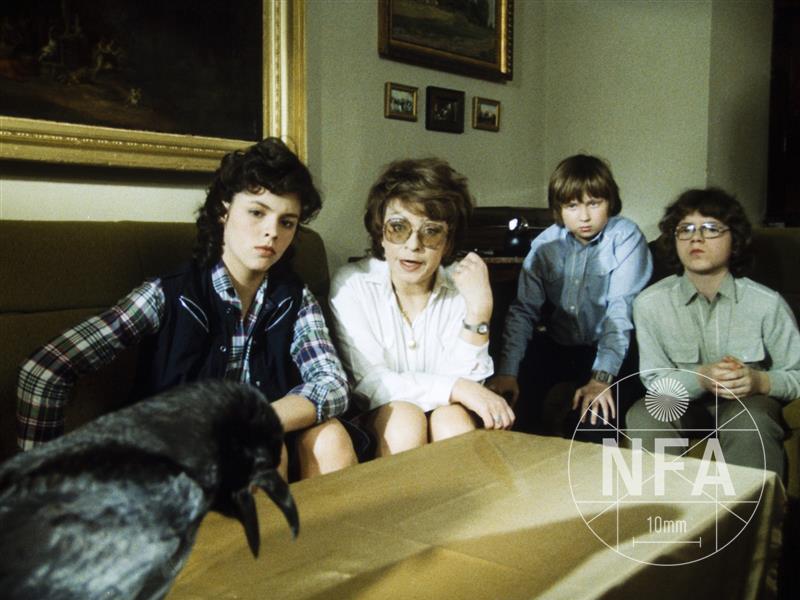 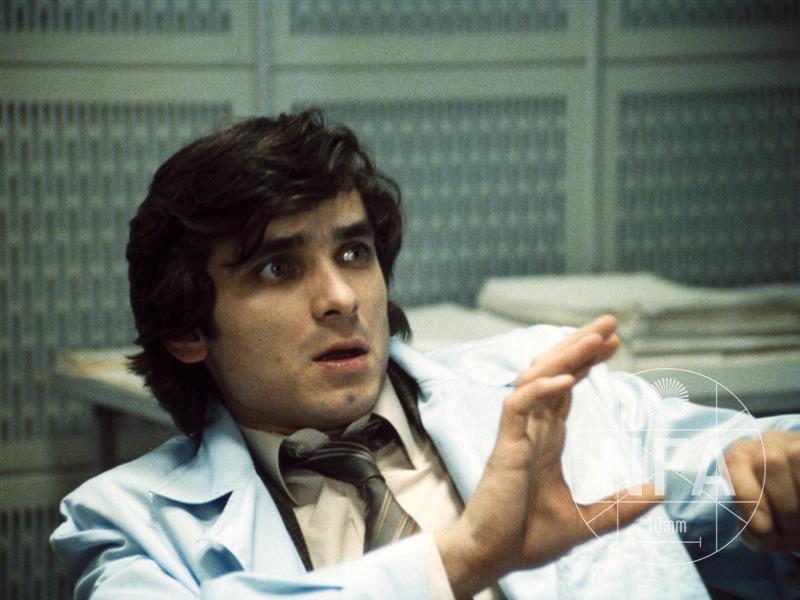 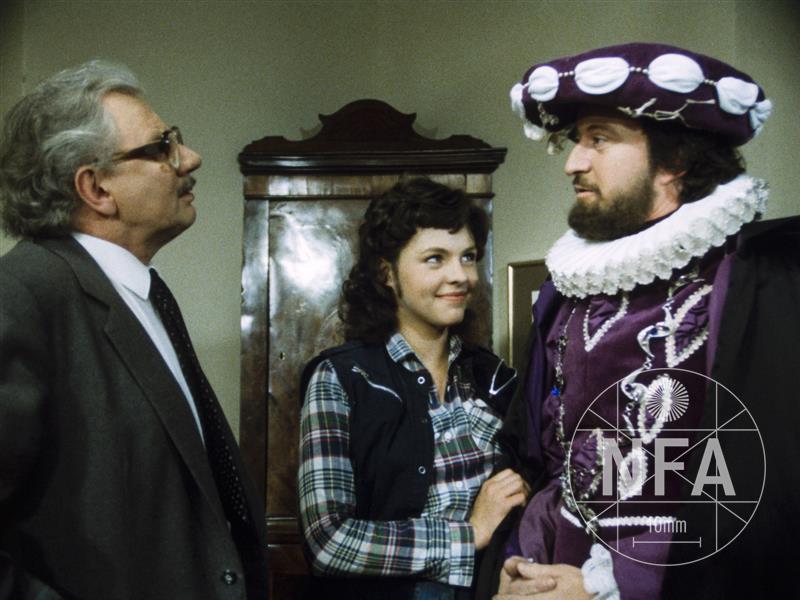