The third part of the “Poets pentalogy” was created by director Dušan Klein and screenwriter Ladislav Pecháček in 1987. Following Jak svět přichází o básníky (How the World Loses Poets) (1982) and Jak básníci přicházejí o iluze (How Poets Lose Their Illusions) (1984), popular hero Šimon Šafránek (Pavel Kříž), an idealistic dreamer, returned to the big screen. After successfully completing his studies, Šimon takes a job as a doctor at the internal department of the district hospital in his native Hradiště. However, due to his aversion to privileged patients he gets into a conflict with the senior doctor and ends up as a general practitioner in the remote Bezdíkov. Alongside problems with administration and a range of singular patients, the young man meets a new love, a music teacher to whom he gives the nickname Little Whistle (Eva Vejmělková)… The hero’s friend Kendy has also graduated; after studying to be a director at FAMU he becomes an assistant TV director. Kendy and a crew come to make a series in his and Šimon’s hometown. Vendulka “The Comforter” is a clerk at the Ministry of Health. A third friend whom he knew from Prague student dorms in the previous episode – the African Mireček – has embarked on a lucrative career and visits Czechoslovakia as part of an international delegation. The group enjoy a few glasses at the Moravian wine cellar of their pal Venoš… Šimon must compete for Little Whistle’s affections with her dull fiancé Hájek (Rostislav Kuba). As previously, his poetic approach clashes with the pragmatic attitude of his rival. Characters from previous parts are supplemented with new ones in the form of Jana Hlaváčová (as Tonička, an optimistic nurse in Bezdíkov) and Rudolf Hrušínský (Little Whistle’s bohemian father). Following Pavel Kříž’s emigration to Canada it appeared that the Poets series was at an end. In 1993, however, Dušan Klein made another follow-up entitled Konec básníků v Čechách (The End of Poets in Bohemia), in which the virtuous hero encounters the new post-1989 situation as he looks for work. He was also able therefore to proceed to the final part of the pentalogy, Jak básníci neztrácejí naději (Poets Never Lose Hope) (2003).

After the graduation ceremony in the Karolinum, ceremonial hall of the Charles University, Štěpán, Honza,Venoš, Mireček, and Vendulka become doctors. Štěpán starts at the internal medicine department of the hospital in his home town of Hradiště. His jovial colleague, Milan, is enjoying many willing partners on the sofa in his doctor's room. He introduces him to the restraint senior consultant and other colleagues. Everybody is afraid of the dominant, corpulent cleaning lady. The diligent Štěpán makes only the minor mistakes typical of beginners. But one mistake is disastrous. He places an "ordinary" patient, Mrs. Hubáčková, in the room, where the senior consultant places her favoured patients. He meets Mrs. Hubáčková's charming daughter, Alenka, but the vengeful senior consultant transfers him to the local department in Bezdíkov. There is a talkative, always optimistic nurse, Tonička, a consulting room full of patients and loads of administration, because a number of patients merely need a stamp for various permits. Štěpán, as a village doctor, also has to visit patients at home. The ambulance-man, Písařík, is always complaining and then he fails to concentrate and often causes accidents. Štěpán meets Alena, who plays flute in the castle window, during an unexpected stop. Štěpán's mother gets gallstone colic but, although she is proud of her son, she refuses to be treated by him. In Hradiště, Štěpán meets his friend Kendy, who is now a member of a film crew. Czechoslovakia is visited by a foreign delegation that also includes the black, Mireček, his former fellow student from Africa. Štěpán rounds up Vendulka at the ministry, along with Honza at the Motol hospital in Prague and, together with Mireček, they get drunk in Moravia at a wine cellar belonging to Venoš. Kendy helps Štěpán with a notice board in the waiting room. His colleague, a film architect, creates a setting that leaves the control commission breathless. Alena, called by Štěpán's Whistle, endures his wooing. Her fiancé, the chippy teacher, Hájek, created a graph of their future – wedding, holiday, first child. Štěpán invites the Whistle for a picnic of eggs that he received from his grateful patients. But before she arrives, Kendy, along with girls from the film crew, break into his flat and eat most of the feast. Then Štěpán is called in by his juicy former schoolmate, Hrdličková. But she is not ill; she only wants to seduce him. The young doctor escapes the persistent woman on the eaves. Unfortunately, he jumps down in front of the Whistle and Hájek, who are on an evening walk. Štěpán's favourite teacher, Ječmen, becomes his patient when he gets a heart attack at his cottage in Bezdíkov. Štěpán, in love, visits the Whistle at the castle and there in a historic field bed, they finally come together. The womanizer, Milan, is transferred to Bezdíkov, but Štěpán does not want to go back to the hospital. He found an ad offering a doctor's job and a flat and sets off for there, along with the Whistle.

The film is a follow up to the successful film How the World Loses Poets (1982) and it´s a free follow up How Poets Lose Their Illusions (1984), after which still follow two films about the fate of the main characters: The End of Poets in Bohemia... (1993) and How Poets Never Lose Hope (2004). The stories are continuously commented upon and supplemented by short animation sequences. 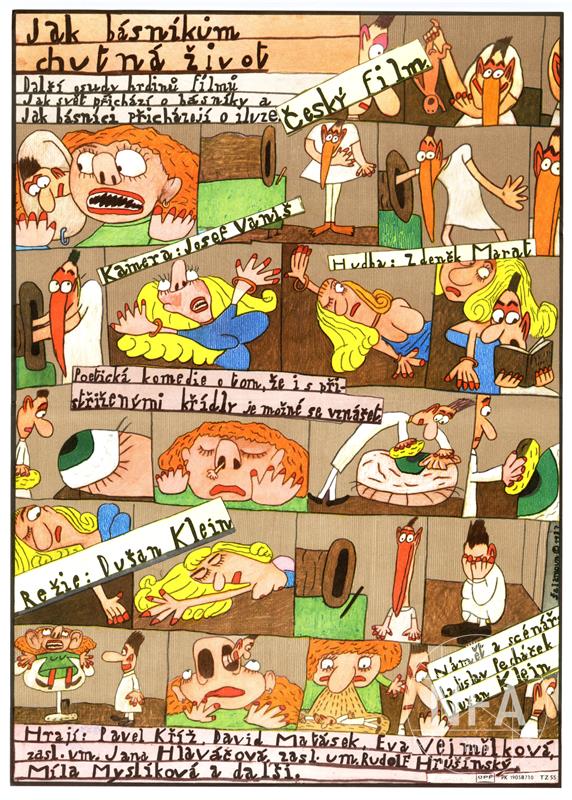 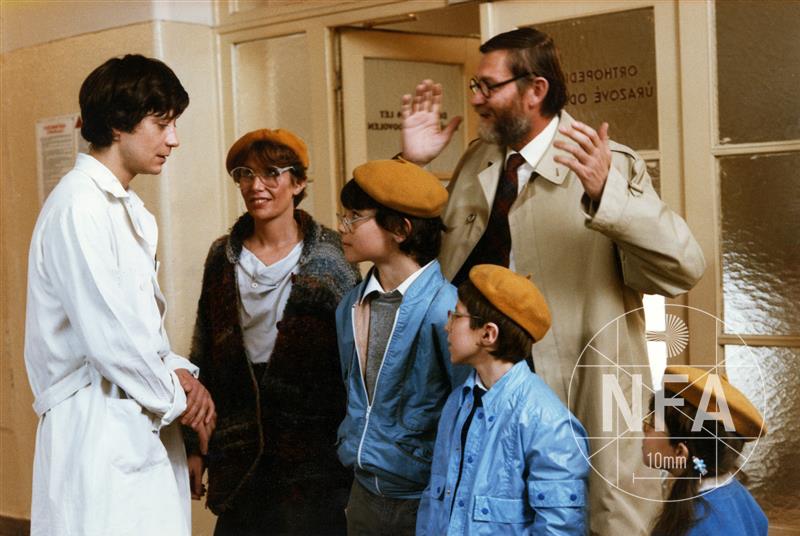 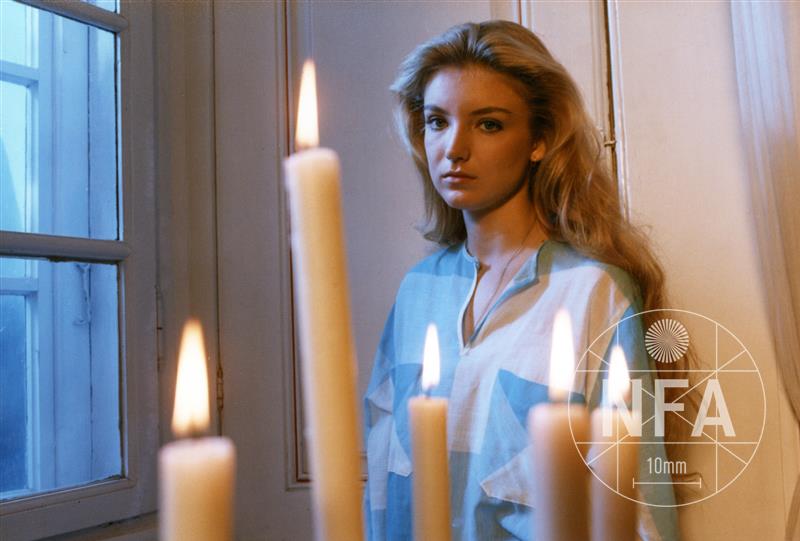 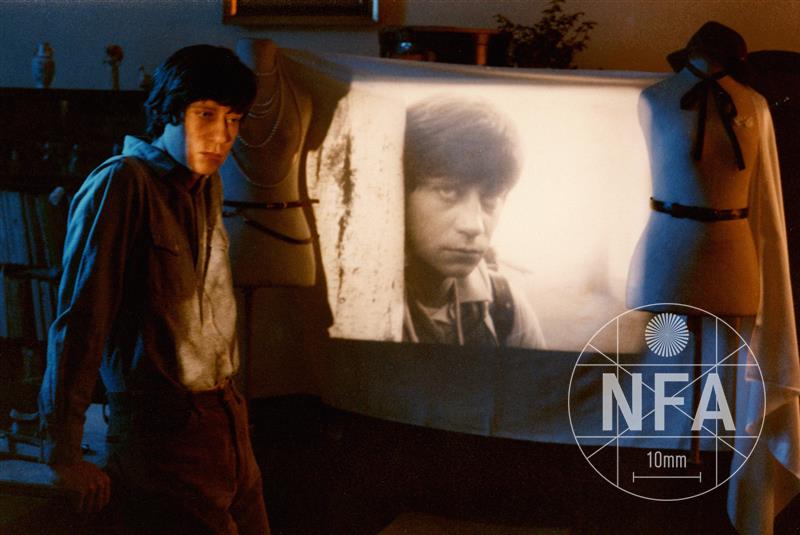