In the small town of Křemení, near the end of the Second World War, the German commander Hähne is trying to maintain the appearance of unshakeable German power. He decides to award the miller Valnoha, a righteous Czech patriot, with the symbol of loyalty to the German Reich - a German shield with a spread-winged eagle. Valnoha is aghast. When he fails to dissuade Hähne from his idea, he shaves his moustache to change his looks and hides at a friend's place at the gamekeeper's lodge. Hähne then quickly awards other citizens whom he considers loyal to the Reich. After receiving the awards, everybody gets drunk. But the sobering truth is quite grim. The first page of the local tabloid shows a photo of the shield, glued to the head of an ox. Hähne's situation becomes more complicated by the announced arrival of the SA commander, Peitel. Peitel's car breaks down. Waiting for it to be fixed, the SA commander goes for a walk. In the window of the gamekeeper's house, he notices Valnoha and his friends with guns. He tries to take action but is captured and imprisoned. Valnoha realizes that he looks almost identical to Peitel. To avoid danger, he dresses in a German uniform and plays Peitel brilliantly in Křemení. When the real Peitel appears in the town, there is a fight which the Czech resistance fighters win. 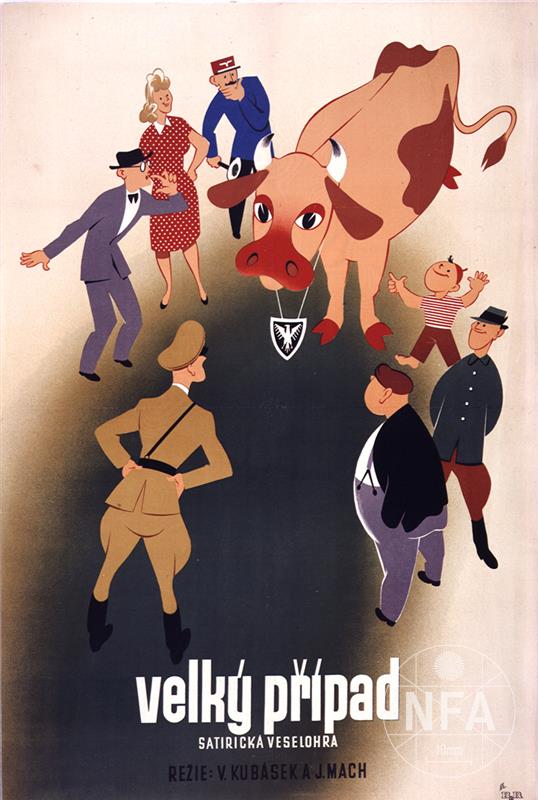