The Warriors of Faith

The demand for historical themes with a patriotic tint influenced the making of this historical drama directed in 1947 by Vladimír Borský. Just as was later the case with the Hussite trilogy directed by Otakar Vávra (Jan Hus, Jan Žižka, Proti všem [Against Everybody]), the film is based on a novel by Alois Jirásek. The literary work was used – even before the February 1948 communist putsch – as a springboard for the distortion of historical facts to suit Marxist ideology, the promotion of patriotism and Slavic solidarity. The storyline commences after the ill-fated battle of Lipany where the Hussite movement was defeated in 1434 by the more moderate dissenters, leaving commander Jan Roháč z Dubé alone in his continued armed resistance against the accession of Roman Emperor Sigismund of Luxembourg to the Bohemian throne. Despite the hero failing in his last stand, his struggle is not fought in vain… Being the first Czechoslovak film shot in colour, the motion picture is also remarkable for its exquisitely staged action and sculpted performances from the actors, with Otomar Korbelář in the lead.

After the defeat of the Hussite armies at Lipany in 1434, Jan Roháč of Dubá goes to Tábor and then to castle Sion, from where he intends to struggle against the Emperor Sigismund's succession to the Bohemian throne. Even the priest Jan Rokycana, representative of the moderate Hussite wing which is prepared to accept Sigismund, doesn't manage to dissuade Roháč from his rebellion. Sigismund promises concessions to the Utraquists and becomes the King of Bohemia in 1436. Against Roháč, entrenched in Sion, he sends Hungarian Cumans' regiments and increases the terror against the rebelling people of Prague. Jan Rokycana joins the people. The battle between the Hussites and Cumans is severe. Many Czech Brethren die in it, and so does Roháč's daughter Ludmila. Jan Roháč is captured and hanged together with his followers. Their execution provokes such a strong revolt against Sigismund that the frightened King escapes from the country. Roháč's struggle was not in vain - the Czech people turn to the Polish king to take the Czech crown for himself or for his son.

The first Czech feature film in colour (system Agfacolor). Negative was reduced in the 1940s. 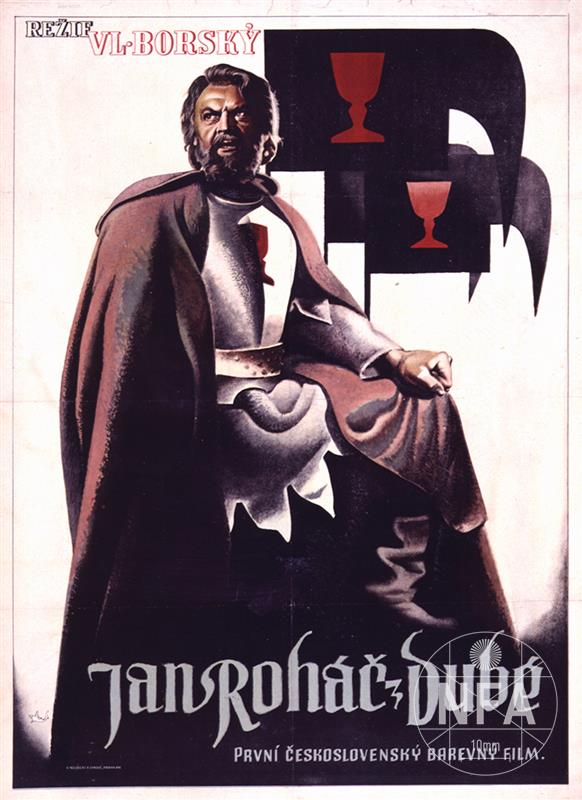 The Warriors of Faith