The last motion picture in the filmography of director Jiří Krejčík (1919–2013) is this satirical comedy criticising the downfall of culture and declining morals in socialist society. Right from the start of the era of “normalisation”, Krejčík was barred by the censorship apparatus from realising any works that might flow from his inner freedom of thought. He thus devoted most of his energy to television, only making cinema films infrequently (detective story Podezření [Suspicion, 1972], patriotic picture Božská Ema [The Divine Ema, 1979]). Prodavač humour (The Humour-Salesman), a drama made according to the novel by Roman Ráž, is centred on the head of a variety show agency, Jožin Petránek (Július Satinský). Given his fair-mindedness, Ráž has problems working with the committee that evaluates entertainers and artists. In the rough and chaotic world of showbusiness, where nepotism and manipulation reign, he cannot succeed... Evidence that Krejčík’s satire hit its mark is attested to by the fact that it was only released in limited distribution and could not be played on television until after the Velvet Revolution of 1989.

Singers, musicians, acrobats and similar entertainers can perform only on the basis of membership of one of the art agencies. Thus everybody tries to pass the qualification committee's entry test. Join Petránek, director of the regional agency Joy, is member of such a committee. As a fair man, he declines favouritism and bribes; he even refuses to intercede for his own wife. His authoritative wife Anna condemns him for his high-principled approach. The quality level of the applicants varies. Petránek's superior Binko is most amused by the performance of an amateur magician Pospíil - a waiter who once served the committee - and now ridicules Petránek in his act. Binko assigns a new female assistant Zuzana to Petránek. Petránek's elder daughter, Renáta, studies in Prague and his younger daughter, Jana, is going to take her A levels soon. The rejected artists threaten Join, while the accepted ones send him gifts. He rejects them, but Anna takes a gift from Pospíil herself. The agency employees try to curry the director's favour. Petránek does not believe the recruiter oustek's claim that the music-hall group Traveling Humour, headed by the convivial Kandrt, is indeed so horrible that no one wants it. The assistant Zuzana is absolutely incompetent at work, but she makes use of her physical assets and Petránek soon yields to her seduction. Agent Vyhnálek recommends a French chanson singer, Madelaine, to the agency. The mesmerized Petránek takes her for dinner after her performance and the couple end up in a hotel together. The offended Zuzana rings Petránková. Anna finds her husband in bed with the singer who eventually turns to be Czech, and infers harsh consequences from that: Join is resolutely separated from bed and board and must sleep in a closet. He has problems at work, too. Relegated from the position of director, he becomes an ordinary recruiter and is replaced by Pospíil who is capable of anything. Petránek's main responsibility now is to offer the group Traveling Humour. Pospíil, whom Kandrt bribes with scarce goods, refuses all of Petránek's arguments that the program is unsaleable. The former boss has become just an unsuccessful recruiter to his colleagues. The police come to their flat, looking for Renáta. Petránek sets off for Prague, finding out out that his daughter left her studies and is staying with her lover, an underhand moneychanger who thinks Join is a customer. The father takes the daughter home almost by force. Tormented by his wife's reproaches, he eventually accepts Kandrt's bribe. The wife confiscates the money "for the household" and further financial deliveries then keep arriving regularly by mail. Renáta runs away from home. Petránek wants to show his younger daughter Jana how horrible the Travelling Humour is, but she instead falls in love with Kandrt's handsome but unscrupulous son, the singer Michal. Kandrt resolutely requires new contracts for his bribes, proved by money order stubs. Join meets Renáta who earns much more than himself, working as a petrol station attendant. The desperate Join swallows a tube of pills in his closet. He is saved by Jana, disappointed by her first big love - moreover, as it turned out, to a married man. Join goes for a business trip, trying to sell Kandrt's program at any cost. Although he gets only part of the required contracts, the group leader is satisfied. Both Kandrt and the director, Pospíil, are therefore surprised when Petránek tells them that he is through with them, as well as their entire music-hall humbug. 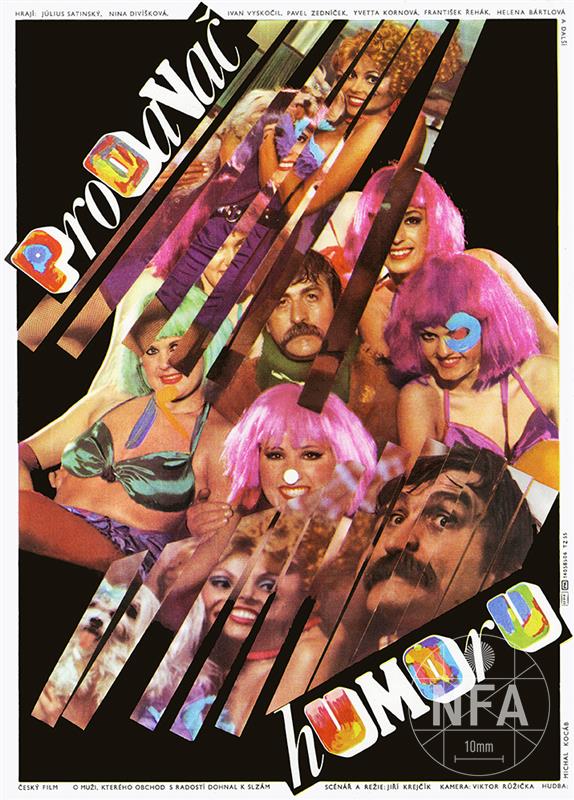 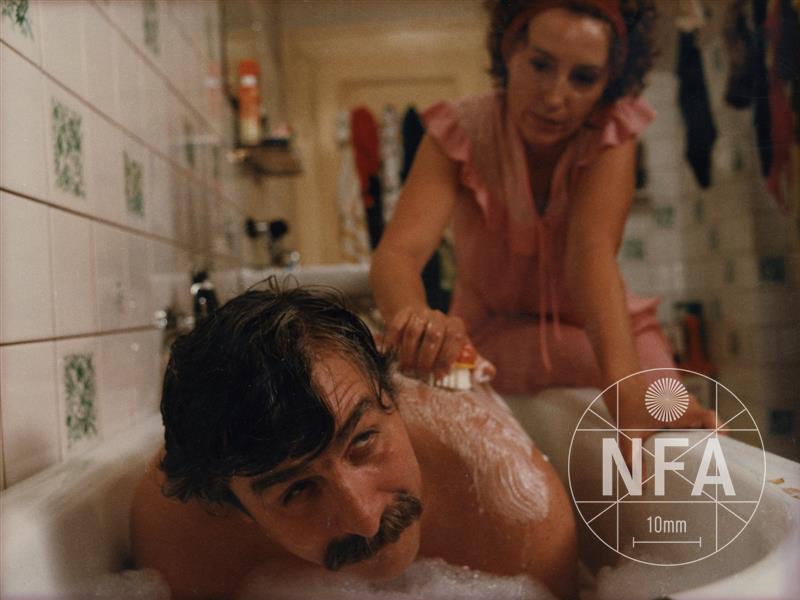 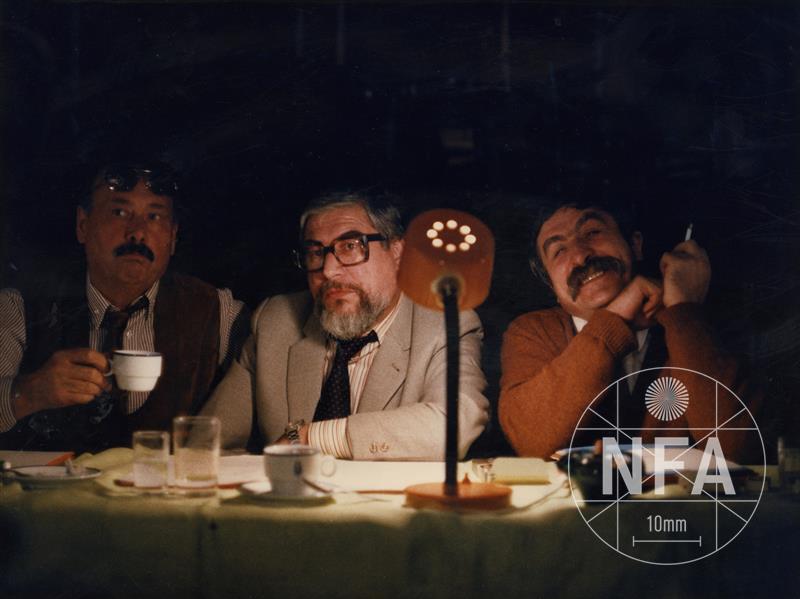 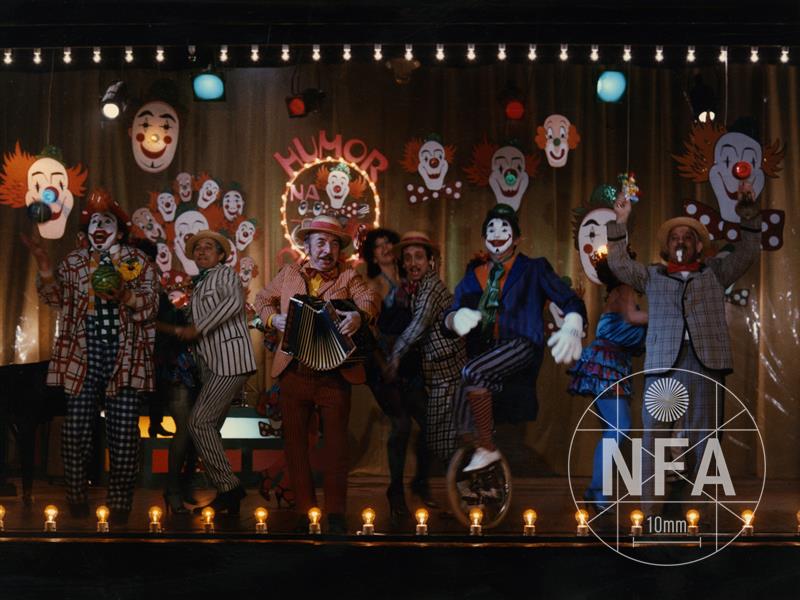