Landowner Králíček is a kind man but a bad manager. He succeeds in bringing his prosperous estate practically to ruin after the death of his wife. His creditor, the banker Čejka, recommends that he would do well to marry his daughter Helenka. Králíček goes with Helenka to a spa. He makes the acquaintance of engineer Koval who soon asks for Helenka's hand in marriage. Helenka does not love Koval but she agrees to the marriage when her father informs her of their poor financial situation. On the day of the wedding Králíček's son-in-law borrows some money from him and goes off on a business trip. The real engineer Koval, a capable and wealthy man, returns to his Prague villa and discovers that his servant Gustav had stolen his papers and got married using his name. In front of Helenka, whom he does not wish to harm, Koval for the time being pretends to be the servant. The young woman is very kind to him and the staff and Koval himself grows very fond of her. Králíček asks "servant Gustav" to pose as his lord in front of Čejka since he has still not returned. Helenka, however, does not want the young man, whom she now loves, to become a cheat on her account. The "servant" then proves his real identity and Helenka becomes the wife of the real Koval who settles all the debts for his father-in-law. The crook Gustav is arrested. 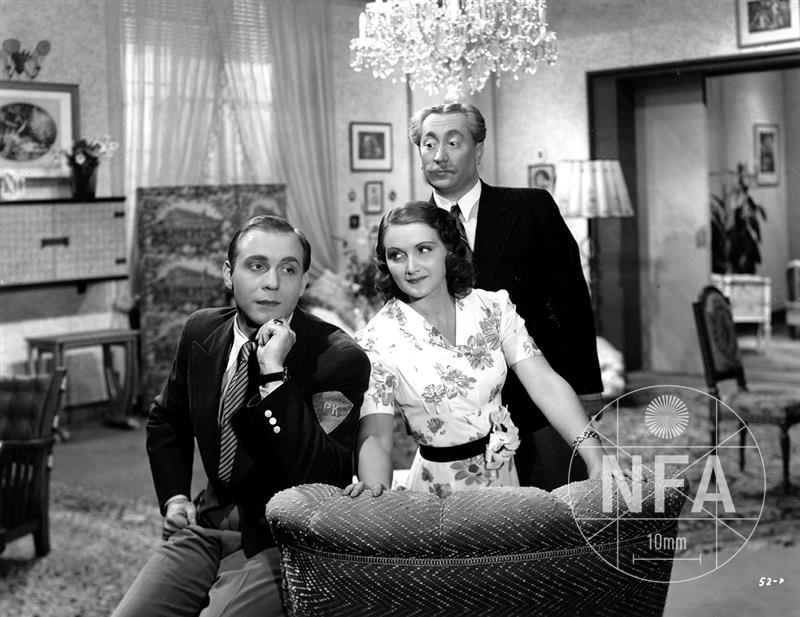