The virtuoso violinist and composer Josef Slavík is wandering around through Vienna in a fever. He is remembering his difficult artistic beginnings. He grew up in Hořovice and, after completing his studies at the Prague Conservatory, became a member of a court orchestra in Vienna. However, he couldn't bear the humiliation he felt when the conductor called him Paganini from Hořovice, and he left the orchestra. He found sympathetic understanding from the rich young countess Anna Zásmucká, but was not interested in her. He later personally met with Paganini and virtuoso's respect meant a great deal to him. Slavík gave a magnificent concert in Prague where Anna was also present. But the violinist had eyes only for countess Henrietta. Baron Astfeld, her father, offended Slavík. Count Lažanský, Henrietta's suitor, also insulted him. Again, he found support in Anna. The broken-hearted Slavík stopped believing in himself and returned to Hořovice. On Anna's invitation, he went to Vienna again, where he met with music composer Chopin. The two men, who began to work together, split because of Anna, and Slavík left Vienna and together with Anna went to the countryside. Another man started to flirt with Anna there and she finally admitted her longing for freedom. Slavík is mentally exhausted. After a successful concert he wins the respect of Henrietta and count Lažanský. With his health broken he goes to Budapest but dies on the journey.

The film was re-cut after its release. 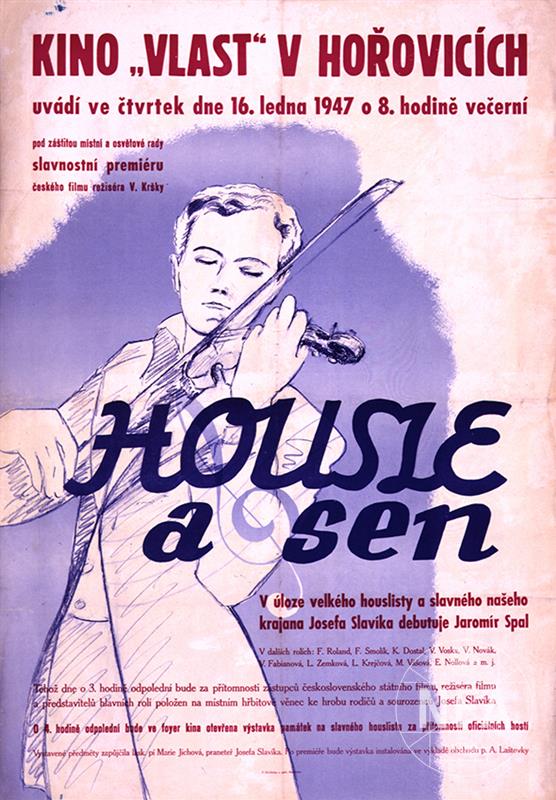