Thirteen guests gather at Mayor Bartoš's. They are troubled by the unlucky number and are glad when another guest appears, whose name coincidentally is also Čtrnáctý (Fourteenth). Everything would have been fine, but young Pavel Čtrnáctý caught sight of the mayor's daughter Ema and could not stop himself from kissing her. The girl immediately becomes the centre of gossip. The inquisitive Mrs Linhartová would like to get the bottom of the whole affair, so she invites round everybody who might have some information for her, but unfortunately the number of guests comes to thirteen again. The fourteenth guest is finally found in the Linharts' new librarian. To everyone's surprise, the librarian is Čtrnáctý. That evening, after looking through some rare editions, Pavel disappears. Under the name of Hubert Malina he immediately becomes the perfect valet of an industrialist called Bersecký. After the fiancé of Bersecký's daughter Count Alexy, is accused of theft, Pavel gives an explanation to this and the other strange goings-on. He in fact is a famous detective story writer and was looking for one peculiar last will on behalf of the Club of Detective Story Writers. He managed to fulfil this task as well as win Ema's heart. 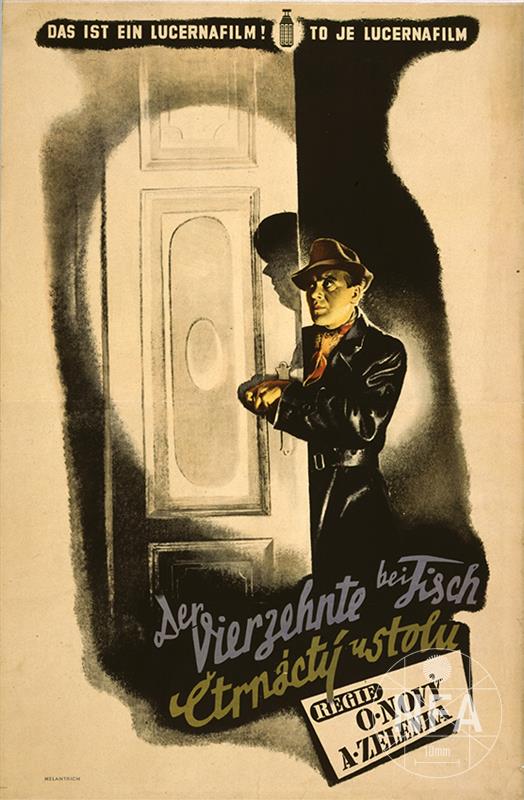