Adela Has Not Had Her Supper Yet

One of the films that spread the good name of Czech cinema around the world was the detective parody Adéla ještě nevečeřela (Adela Has Not Had Her Supper Yet). During the making of the film, the director Oldřich Lipský once again teamed up with screenwriter Jiří Brdečka, whose initial story had already been used by him to write and shoot the 1964 cowboy parody Limonádový Joe aneb Koňská opera (Lemonade Joe). Just like Joe in that movie, Adele derived from the authors’ fascination with American pulp fiction and trashy cinema, which had long been forgotten in the Czech lands by the time the film was being made. The protagonist is the private detective Nick Carter – a literary creation that had been appearing in film in various guises since the silent era. Brdečka and Lipský, however, placed the “best American sleuth” – a manly genius armed with sophisticated technology – in secession-era Prague at the turn of the 19th and 20th centuries. For the character played by the Slovak actor Michal Dočolomanský (redubbed by František Němec), this is an “exotic” world full of unexpected surprises. The brilliant American is meant to help the experienced Commissar Ledvina (Rudolf Hrušínský) – a genial, hedonistic connoisseur of the Prague underworld and of Pilsner beer – in solving the case of a mysterious disappearance from the Countess Thun’s house. The duo – who are like chalk and cheese – end up on the trail of the evil Baron von Kratzmar (played by the excellent Miloš Kopecký), who has cultivated the eponymous Adele, a huge flesh-eating plant whose taste buds are always whetted by the strains of Mozart’s Schlafe, mein Prinzchen. A product of the surrealist imagination of the artist Jan Švankmajer, Adele is the main, but not the only, attraction in this entertaining film, which revels in gags based on situational comedy and wordplay that often stem from the contrast between the impeccable detective and the illogical, erratic Czech milieu.

The famous American detektive Nick Carter is brought in Prague to conduct an investigation in a case of the strange vanishing of Bert, the best friend of the countess Thunová. Carter is accompanied by an inspector Ledvina, partner in investigation, who gives his hand. Ledvina is a typical lover of smoked meats and Pilsner Urquell beer and his straightforward methods are many times more effective than Carter's scientific apparatus, disguises and masks and requisites - mostly all of them being the personal presents of the famous inventors. Bert was a mastiff with pedigree and only his dog-collar was left over. The investigators find out that he was swallowed up by a giant carnivorous plant which was grown out of vengeance by cowled vile man baron von Kratzmar. By listening to the lullaby the plant grows in bulk which increases its appetite as well. The experiment with Bert makes it evident that the plant is capable of swallowing even a man. The victims of the revenge are to be both retired aged professor Boček, who once failed Kratzmar in botany due to the fact that Kratzmar as a student did not distinguish the stigma of the deer scale from the pistil, and famous Nick Carter himself - standing in Kratzmar's villanious way. While meeting professor's charming and simple-minded granddaughter Květuška, tangle of emotions arises in Nick's heart. This is what may cause that he does not recognize Kratzmar who wormed into Boček's confidence. After many escapes of traps and last minute life-savings Carter and Ledvina triumph and the villain is shot down with his riddled balloon just to the prison courtyard. Carter is called back to Egypt and the Czech-American Matějka, a blond detective's duplicate, makes up for Carter with lovelorn Květuška and gets off the train just in arms of the lovesick girl.

The authorship of the composition Lullaby /Wiegenlied – Schlafe, mein Prinzchen/ had been for years wrongly attributed to W. A. Mozart. Actually, the real author was a German doctor and composer Bernhard Flies (1770–1851). It was composed at the lyrics of Friedrich Wilhelm Gotter and it was written to be a part of a play Esther, which was made public in Lepzig in 1795. Milada Šubrtová has dubbed the singing of both Květa Fialová and Naďa Konvalinková, and the recording of the singing of a gramophone record. 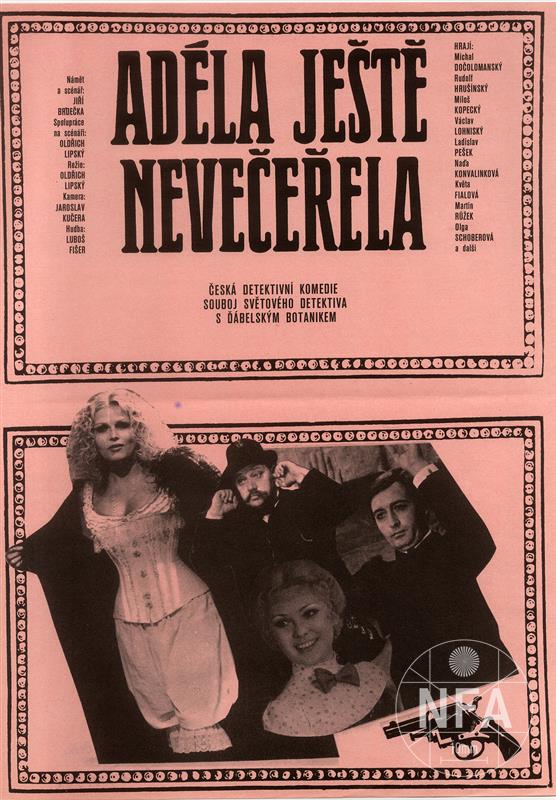 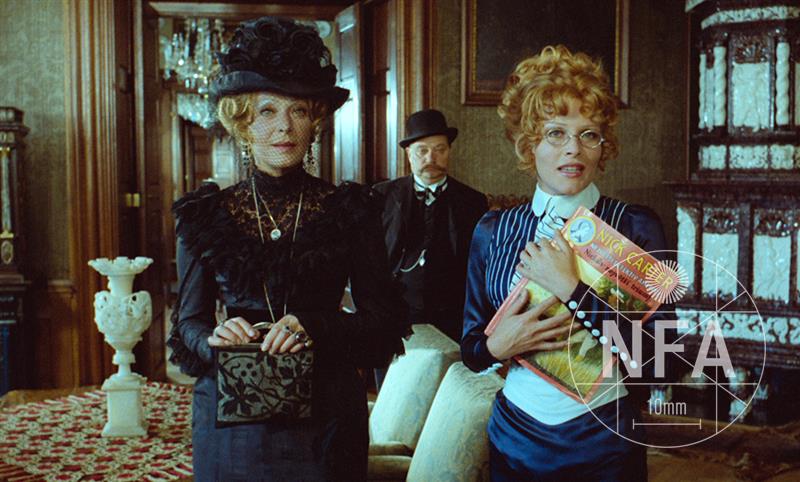 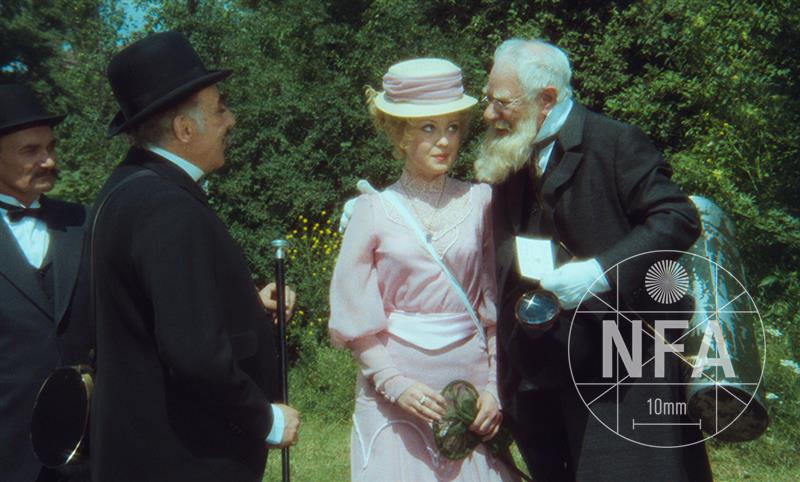 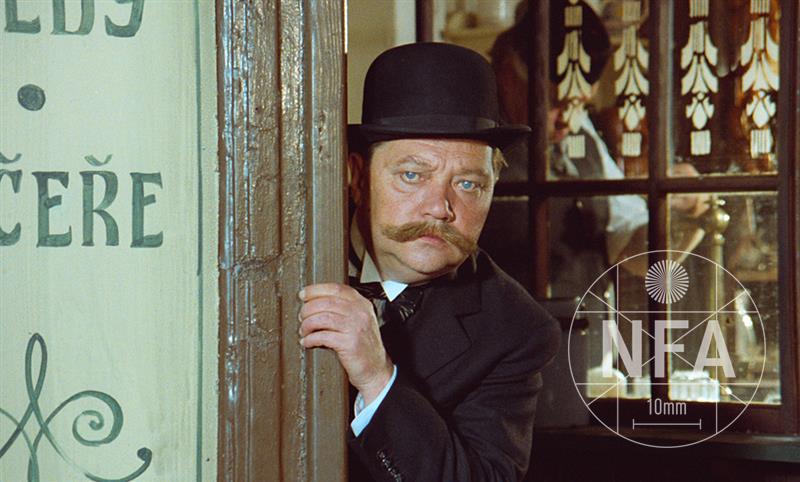 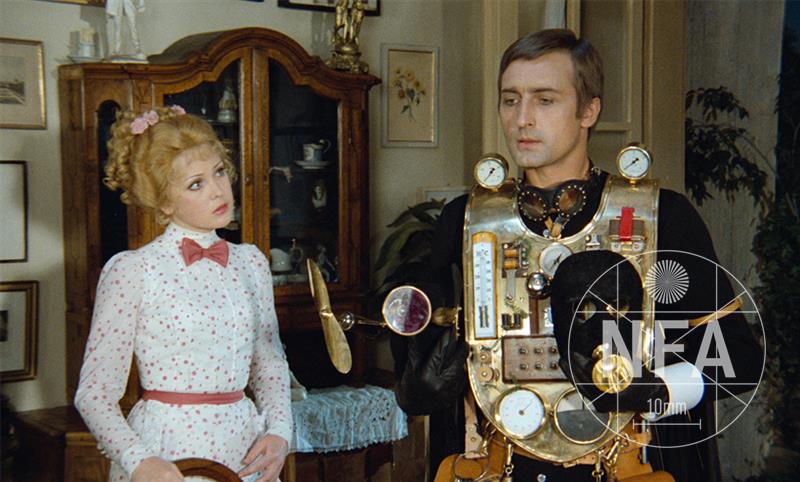 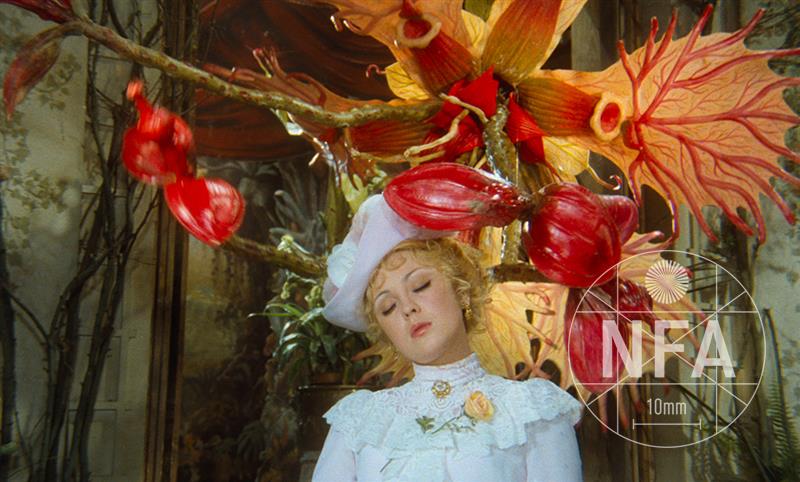 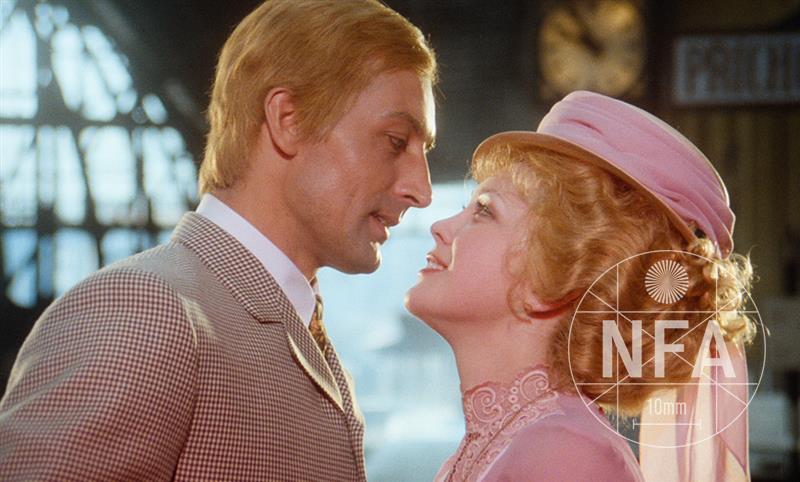 Adela Has Not Had Her Supper Yet