Director Otakar Vávra spent from 1954 to 1956 creating a cycle of three historical costume features (Jan Hus, Jan Žižka, Proti všem [Against Everybody]) based on the literary works of Alois Jirásek. The first title of his “Hussite trilogy” tells the biographical story of the renowned Czech priest burned at the stake as a heretic in Konstanz, Germany, in 1415 after clashing with the Church establishment over his beliefs. The nationalistic narration, conforming to the ideology of its time, depicts Jan Hus as a rioter and revolutionary who ignites the spark of social rebellion among Czech people. The director sets the evil, disdainful King Zikmund (Jan Pivec) against the honest, patriotic-minded Hus and his friends and comrades. Zdeněk Štěpánek takes the leading role in this spectacularly delivered tale; he also portrays Jan Žižka in the final instalment of the trilogy.

Prague in 1412. Pope John XXIII announced the sale of pardons but the Prague citizens, guided by the sermons of Master Jan Hus, raise protests in opposition. Hus preaches at the Bethlehem Chapel and Queen Sophia is prompting him to be moderate. The journeymen Jan, Stašek and Martin are arrested by the Týn Church, where, together with other Prague citizens, they prevented the priest Peklo giving a sermon about the pardons. The burgrave promises Hus that they will be released, but they are finally publicly executed. The Pope pronounces an anathema against Hus and so Hus has to withdraw to the Kozí Hrádek. There, Hus continues to preach and the Pope asks the Czech King Wenceslas IV to persuade Hus to attend the Council of Constance. Despite his friends' warnings, Hus goes to Constance after receiving a letter of safe-conduct from Sigismund, the King of Rome and Hungary, which should provide his safe journey and safe return. But Hus is imprisoned at Constance. His friends obtain a promise from Sigismund that he will be publicly heard before the Council. But Hus is not given a chance to defend himself before the Council. The prelates demand that he recants his teachings and threaten to burn him at the stake for heresy. Hus is firm in his belief and on July the 6th, 1415, he is burned in Constance. In the Bethlehem Chapel, Master Jakoubek is reading last Hus's words. Jan Žižka of Trocnov swears, in the name of all of those present, to remain faithful to the teachings of Jan Hus.

The 1st part of the Hussic trilogy (the 2nd part A Hussite Warrior, the 3rd part Against Everybody). In 1955, after Vatican intervention, the film Jan Hus was not shown as part of the competition at the XVI. IFF in Venice. 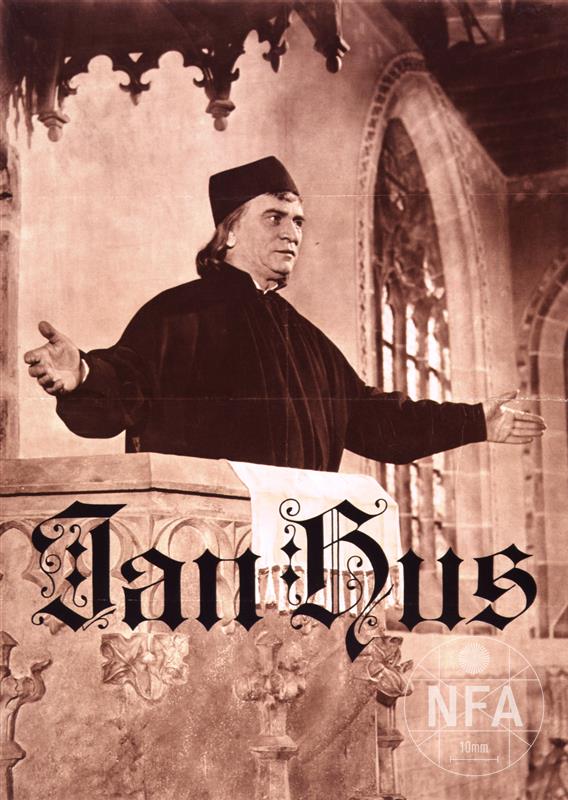